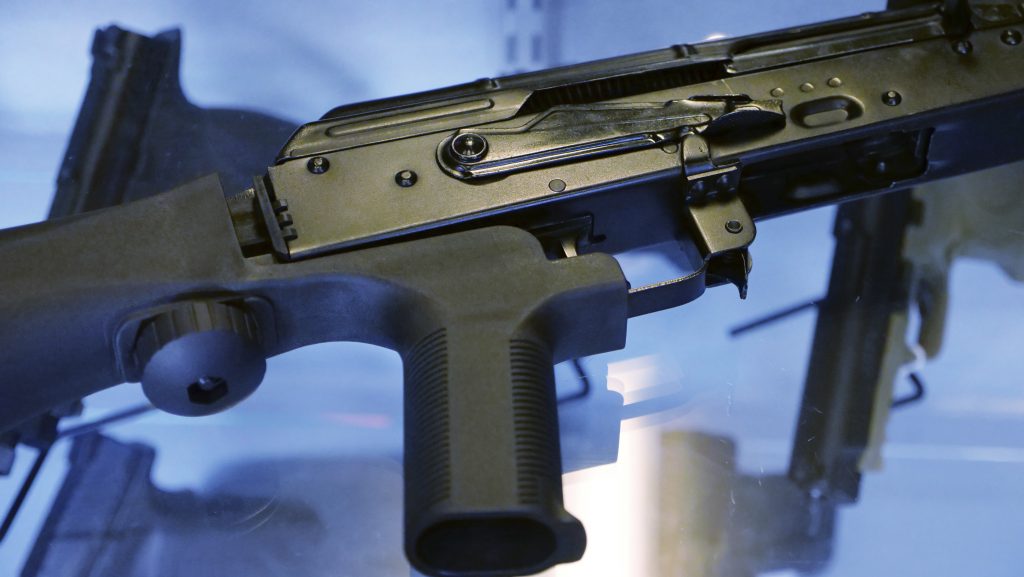 New Jersey is moving forward with legislation to ban bump stocks, like the one a gunman used in the Las Vegas concert shooting to turn a semi-automatic weapon into a rapid-shooting gun.

The proposal, which came in the days after the October massacre that killed more than 50 people and injured 500, advanced in an Assembly committee Thursday.

The legislation would tighten New Jersey’s already tough gun laws. Under current law, it’s a crime to possess an assault rifle — a semi-automatic gun with certain features mimicking military weapons — or the parts designed or intended to turn guns into such firearms.

That means the stocks already cannot legally be used on weapons, but Democrats want to outlaw possessing bump stocks at all. Lawmakers say their bill would make selling, shipping or disposing of them punishable by up to five years in prison, a $15,000 fine or both.

“It doesn’t take much to see the connection between the availability of technology that makes mass murder possible and the tragic pattern of mass murder in the United States,” said Democratic Assembly Speaker Vincent Prieto.

The legislation comes just as the state begins to transition from Republican Gov. Chris Christie to Democrat Phil Murphy. Murphy has promised to sign the legislation if it gets to his desk. Christie spokesman Brian Murray says the governor would be willing to consider it but pointed out that the stocks are already restricted under state law.

Murphy, whose inauguration is Jan. 16, has cast the issue in terms of his promise to enact tougher, “common sense” gun laws.

Bump stocks substitute for the regular stock and grip of a semi-automatic rifle. They allow the weapon to fire continuously, up to 400 to 800 rounds a minute. They were found among the weapons used by Las Vegas gunman Stephen Paddock and explain why victims heard what sounded like automatic fire.

Massachusetts became the first state after the deadly October shooting to enact a ban, but other states, like California, also bar the implements.

The bans looked as if they were getting a rare boost from the influential National Rifle Association, which initially embraced possible restrictions.

But the group later said it opposed the ban, adding that bans have never “worked on anything.”