National Attempt to Implode the Silverdome in Michigan Fails
National 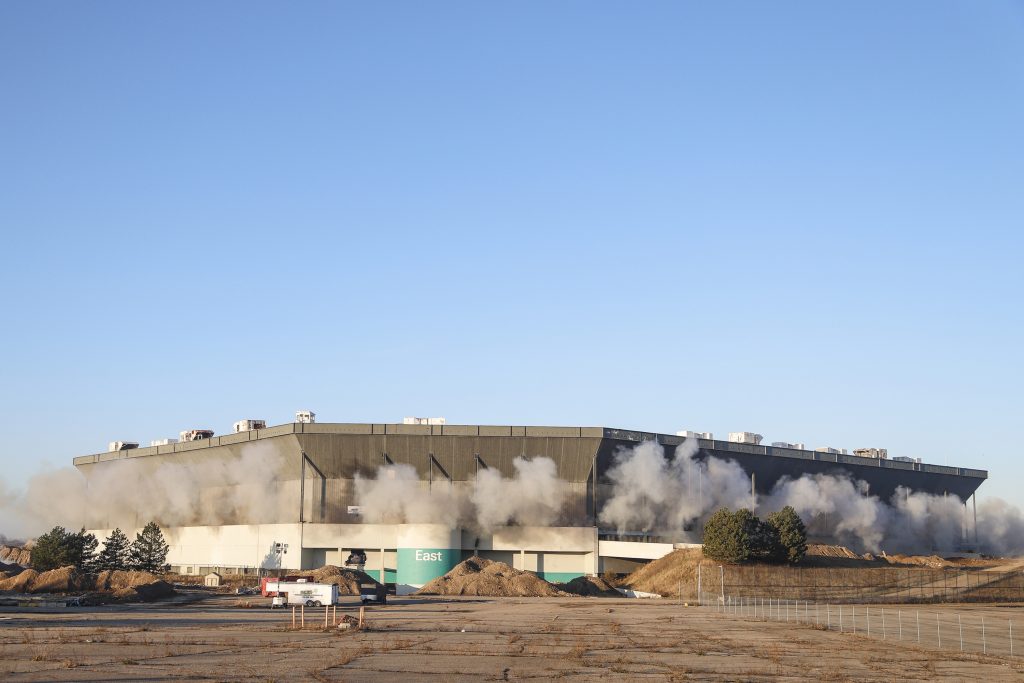 The Silverdome in Pontiac, Mich., was scheduled to be demolished Sunday morning, but an attempted implosion to bring down the structure failed.

Officials with Detroit-based Adamo Group, the demolition company, said the explosion did weaken the Silverdome, and the structure could still fall, but when is uncertain.

Rick Cuppetelli, Adamo executive vice president, said 10 percent of the explosive charges failed to go off because of a wiring problem. The charges were in eight key locations.

Cuppetelli said that unless the wiring could be fixed, “we will take it down mechanically.”

Excavators will be used this week to demolish the structure unless gravity causes it to fall on its own, Cuppetilli said.

Cuppetilli also said the company was unsure whether a Friday night trespass on the property had any connection to the wiring problem, whether accidentally or intentionally.

“We actually saw flashlights in there, security tried to converge, and they jumped the fence,” Cuppetilli said. “They could have tripped over a wire when they were running away.”

Pontiac Mayor Diedre Waterman, who was at the scene, said the implosion of the Silverdome could in some ways be seen as a metaphor for Pontiac — a city that, despite hard times, refuses to give up.

“This is a little unscripted,” Waterman said. “We’re listening to the demolition contractors and I think people got excitement, got a chance to share their memories and their nostalgia a little bit longer than we expected,” she said.

“We didn’t want it sitting here as a blight property, because it’s going to be redeveloped, which is the best use for this valuable piece of property,” she said.