Community Yahrtzeit of the Bas Ayin Marked in Tzfas
Community 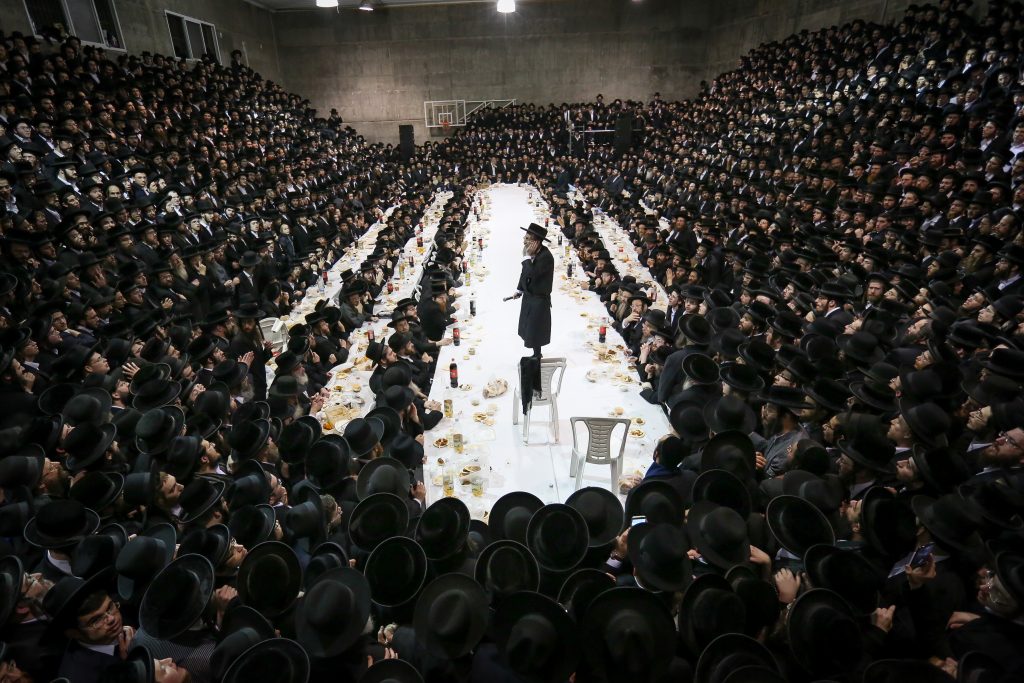 The yahrtzeit of the Bas Ayin, zy”a, Harav Avraham Dov Auerbach of Ovritch, who is buried in Tzfas, was marked Wednesday night and Friday, 12 Kislev.

As he has done in the last several years, the famous mashpia Harav Elimelech Biderman presided over a yahrtzeit seudah in Tzfas, and also arranged for many buses from across Eretz Yisrael to converge on Tzfas, bringing many thousands in need of yeshuos and refuos to daven at the kever.

Harav Avraham Dov was born in in 5525/1765 in the Ukrainian town of Chmielnik.

He became a talmid of Harav Nachum of Chernobyl, zy”a, whom he considered the main influence in his life.

At the advanced age of 70, Harav Avraham Dov decided that the best way to further his spiritual advancement was to leave all his Chassidim and begin life anew in Eretz Yisrael. After his arrival there, he became the leader of the Chassidim in Tzfas.

In 5601/1840, a terrible plague broke out in Tzfas. When Harav Avraham Dov fell ill, he announced that his petirah would be atonement for the town; he would be the plague’s last victim.

Rav Avraham Dov was niftar on 12 Kislev, 5601/1840, and as he had predicted, the plague stopped immediately.

He was buried in a me’arah of great Chassidic leaders that lies not far from the kevarim of the Beis Yosef and the Alshich.