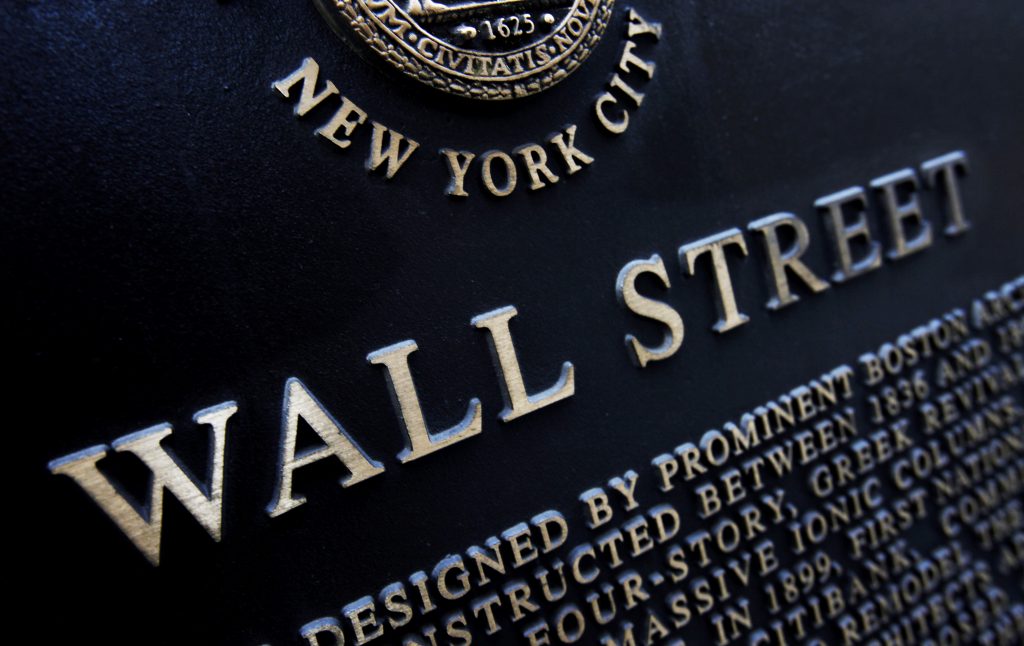 Wall Street fell on Friday, whipsawed by developments with a probe into Russia’s alleged involvement in the U.S. election as well as with progress on a tax bill in Congress.

Major indexes ended lower after an ABC News report that former national security adviser Michael Flynn was prepared to testify that before taking office President Donald Trump had directed him to make contact with Russians.

The benchmark S&P 500 was down as much as 1.6 percent following the report. Flynn pleaded guilty on Friday to lying to the FBI about contacts with Russia’s ambassador.

But stocks recouped the bulk of their initial losses, after U.S. Senate Republicans said they had enough support to pass a sweeping tax overhaul.

The Senate news was the latest sign of progress for a tax bill being closely watched by investors, with hopes that significant corporate tax cuts will further fuel Wall Street’s record-setting rally.

“This Flynn thing threw everything for a loop. We had that still against the backdrop of tax reform,” said J.J. Kinahan, chief market strategist at TD Ameritrade in Chicago.

“We are at all-time highs so sometimes when you do get news that’s of a nature where people want to sell, it gets a little bit overdone,” Kinahan said.

Steep sell-offs have been a rarity on Wall Street this year. The S&P 500 has closed down by at least 1 percent only four times in 2017.

Progress with the tax legislation in the Senate had helped buoy stocks this week, as well as drive a rotation into those areas that seem poised to benefit from lower corporate taxes.

“We’ve kind of had a slow-growth economy in the last 18 to 24 months. The market piled into the faster-growing companies out there,” said Gary Bradshaw, portfolio manager at Hodges Capital in Dallas.

“Now we have an economy that’s accelerated in growth… A lot of the stocks that have been ignored in the last couple of years could become bargains,” Bradshaw said.

The S&P has rallied 18 percent this year, boosted by solid global economic data and strong U.S. corporate earnings. But with investors optimistic about some aspects of Trump’s domestic agenda, especially tax cuts, news involving his administration has periodically rattled markets.

“We’ve kind of gotten used to the drama in the White House,” said Rob Stein, CEO of Astor Investment Management in Chicago. “Whether or not they prove that there are Russian relationship ties, that doesn’t have a long-term effect on the value of the stock market.”

Energy was the best-performing sector, rising 0.8 percent. Oil prices settled up slightly, the day after OPEC and other crude producers agreed to extend output cuts until the end of 2018 to tighten global supplies and support prices.

Advancing issues outnumbered declining ones on the NYSE by a 1.02-to-1 ratio; on Nasdaq, a 1.54-to-1 ratio favored decliners.

About 8.2 billion shares changed hands on U.S. exchanges, well above the 6.6 billion daily average for the past 20 trading days, according to Thomson Reuters data.