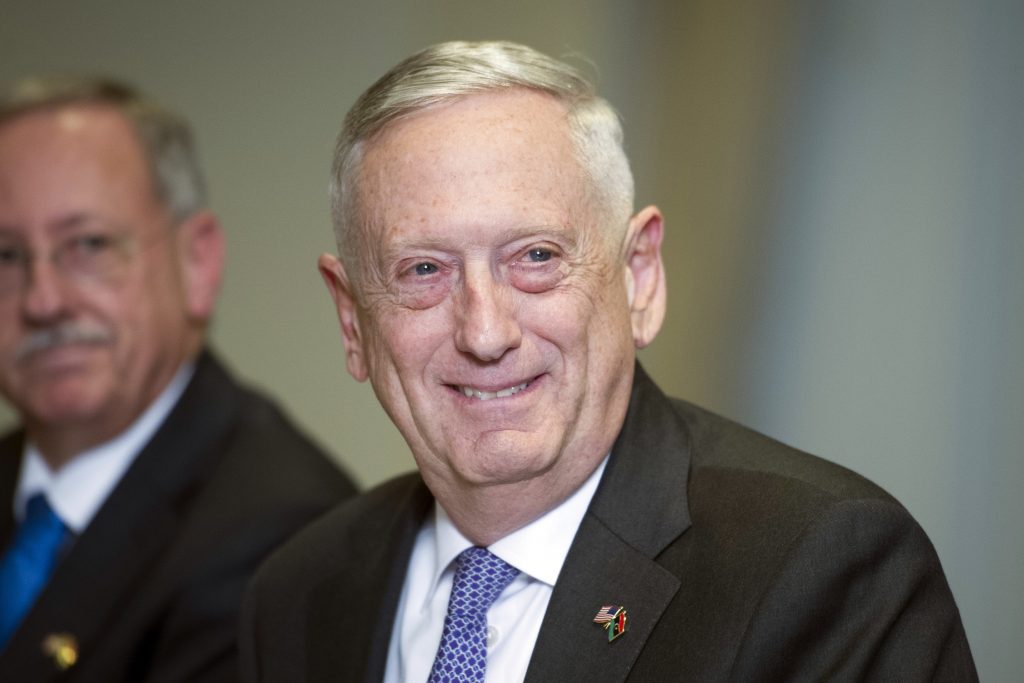 U.S. Secretary of Defense Jim Mattis met Saturday with Egyptian officials to discuss cooperation between the two countries, the first stop on a trip that will also take him to Jordan, Pakistan and Kuwait.

Mattis’ visit came just over a week after the worst-ever Islamic militant attack in Egypt’s modern history took place in the troubled northern Sinai where over two dozen extremists descended on a mosque and killed more than 300 worshippers.

The attackers first opened fire and tossed hand grenades into the mosque during Friday prayers, then gunned down anyone who tried to escape. Though no group claimed responsibility, survivors have said the militants carried the black banner of the IS, pointing to the Sinai-based Egyptian affiliate of the Sunni extremist group. On Wednesday, the state-run Al-Ahram newspaper said the death toll from the attack had risen to 311.

President Donald Trump called Egyptian President Abdel-Fattah el-Sissi shortly after the attack and said in a tweet that “the world cannot tolerate terrorism; we must defeat them militarily and discredit the extremist ideology.”

According to a Department of Defense statement, Mattis’ visit was part of a five-day trip “to re-affirm the enduring U.S. commitment to partnership in the Middle East, West Africa and South Asia.” Mattis was scheduled to meet with el-Sissi and Defense Minister Sedki Sobhi.

Mattis later departed for Jordan, where he was scheduled to attend a meeting on countering violent extremism in West Africa, hosted by Jordan’s King Abdallah II. On Monday, Mattis will be visiting Pakistan where plans to meet with Prime Minister Abassi before concluding his trip with a visit to Kuwait the following day.

Egypt is among the top recipients of U.S. military assistance, receiving nearly $1.3 billion annually in addition to $250 million in economic aid. That assistance is linked to Egypt’s 1979 peace treaty with Israel, and underpins a U.S.-Egyptian security relationship that is now mostly aimed at fighting terrorism.

Following the Sinai attack, el-Sissi instructed his security forces to use “all brute force” and gave them three months to restore stability in the volatile northern part of the Sinai Peninsula.

Northern Sinai has been the epicenter of an Islamic insurgency for years; the insurgency intensified following the 2013 ouster of el-Sissi’s predecessor, former Islamist President Mohammed Morsi. Egypt’s security forces have been waging a tough and costly campaign against militants in the area, where the local IS affiliate spearheads the insurgency.

In a move that could further irk the Americans, Russia approved a draft agreement with Egypt for Russian warplanes to use Egyptian military bases, according to a document released on Thursday — a deal that would allow Moscow to further increase its military footprint in the Mideast.