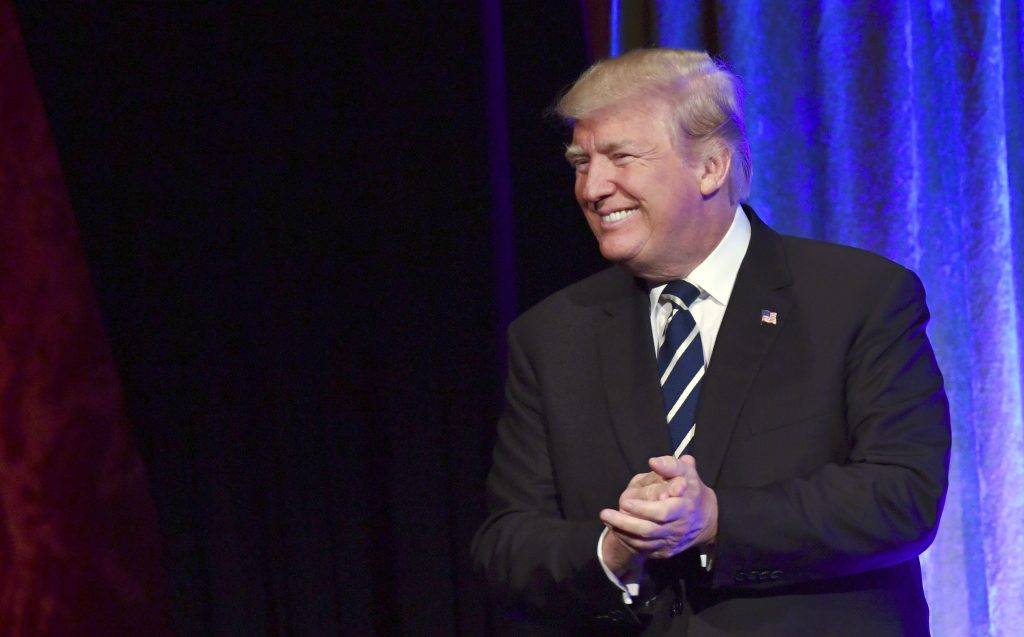 Brushing aside an ongoing Russia probe, President Donald Trump reveled Saturday in the Senate’s passage of a sweeping tax bill, predicting with swagger that he and his fellow Republicans were “unbeatable.”

Trump swept into his hometown on a $6 million fundraising blitz, a day after former national security adviser Michael Flynn pleaded guilty to lying to the FBI and promised cooperation with special counsel Robert Mueller’s investigation.

The president told reporters there was “no collusion” between his campaign and the Russians, then tweeted, “nothing to hide!” He said he “had to fire General Flynn because he lied to the Vice President and the FBI” and defended Flynn’s actions during the presidential transition as lawful.

The tax legislation now goes to a House-Senate committee, which will try to reconcile the versions passed by each chamber. “Something beautiful is going to come out of that mixer,” Trump said. “People are going to be very, very happy.”

After landing in New York City, Trump’s motorcade drove near several hundred protesters decrying the tax bill and his administration’s entanglement in the Russia probe. But inside a large event space in a restaurant, the president turned nostalgic about the 2016 election and recalled that few people expected him to notch the required 270 electoral votes to claim the White House.

Looking ahead, the president boasted that Democrats’ prospects in 2020 looked bleak.

The president noted that the Senate’s nearly $1.5 trillion tax overhaul passed with only Republican votes and predicted that Democrats would regret their opposition.

“That’s going to cost them very big in the election,” he said. “Because basically they voted against tax cuts and I don’t think politically it’s good to vote against tax cuts.”

Trump was attending three fundraising events in New York that were expected to raise $6 million for Trump Victory, a joint fundraising committee between the president’s campaign and the Republican National Committee.

The events brought Trump within blocks of Trump Tower, his New York City skyscraper. His longtime personal lawyer, Michael Cohen, and casino magnate Steve Wynn were spotted outside one of the gatherings at the Pierre hotel and Trump’s son, Donald Trump Jr., was photographed at the event.