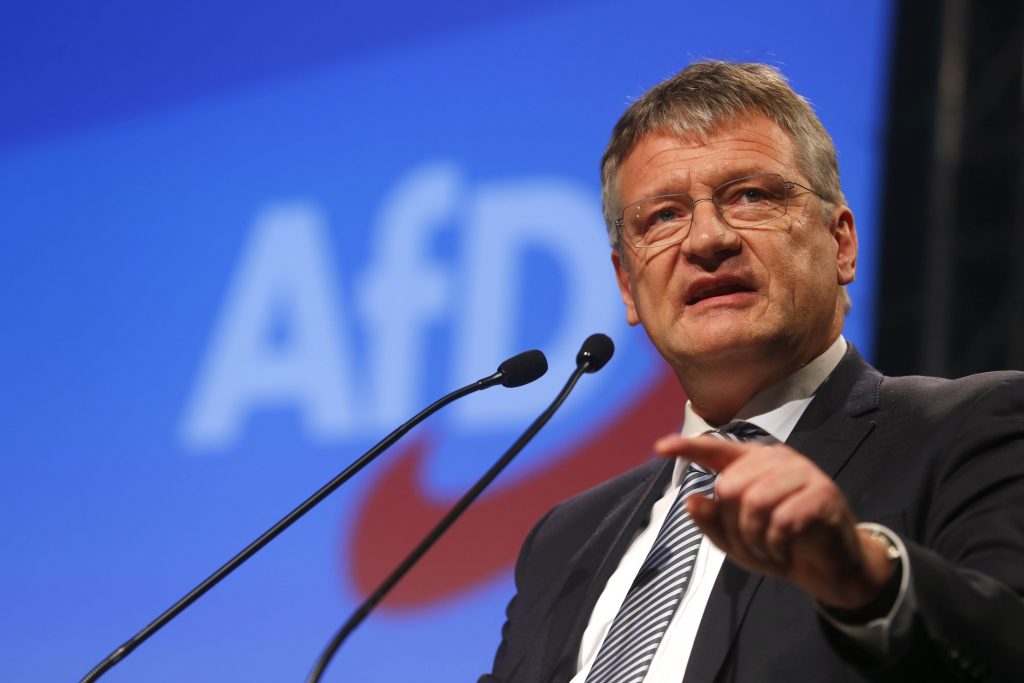 Members of a rising nationalist party in Germany elected their leadership Saturday at a convention in the city of Hannover that was overshadowed by protests.

Joerg Meuthen was re-elected as chairman at the first full party congress since the Alternative for Germany, known as AfD, won seats in the national parliament for the first time.

Alexander Gauland, one of the party’s parliamentary leaders and a power within AfD, was elected as co-chair.

The position Gauland assumes had been vacant since the day after the September election. Former party co-leader Frauke Petry said AfD was flirting with far-right extremism and quit, saying she would not represent it in the Bundestag.

Both Meuthen and Gauland belong to the more conservative wing of the nationalist party.

Alternative for Germany received almost 13 percent of the vote in the Sept. 24 federal election, making it the third-strongest party in the Bundestag. The party promoted an anti-immigrant message and campaigned aggressively against Chancellor Angela Merkel.

After the runoff didn’t produce a clear majority for either candidate, both withdrew and Gauland then ran alone for the co-chair post.

The convention got off to a rocky start Saturday morning when clashes between police and protesters briefly delayed its opening. Police used water cannons to disperse hundreds of protesters who tried to block access to the convention center.

Ten protesters were temporarily detained; several police officers and one protester were injured.

Later in the day, about 6,500 protesters marched through Hannover chanting slogans against the party, the German news agency dpa reported.