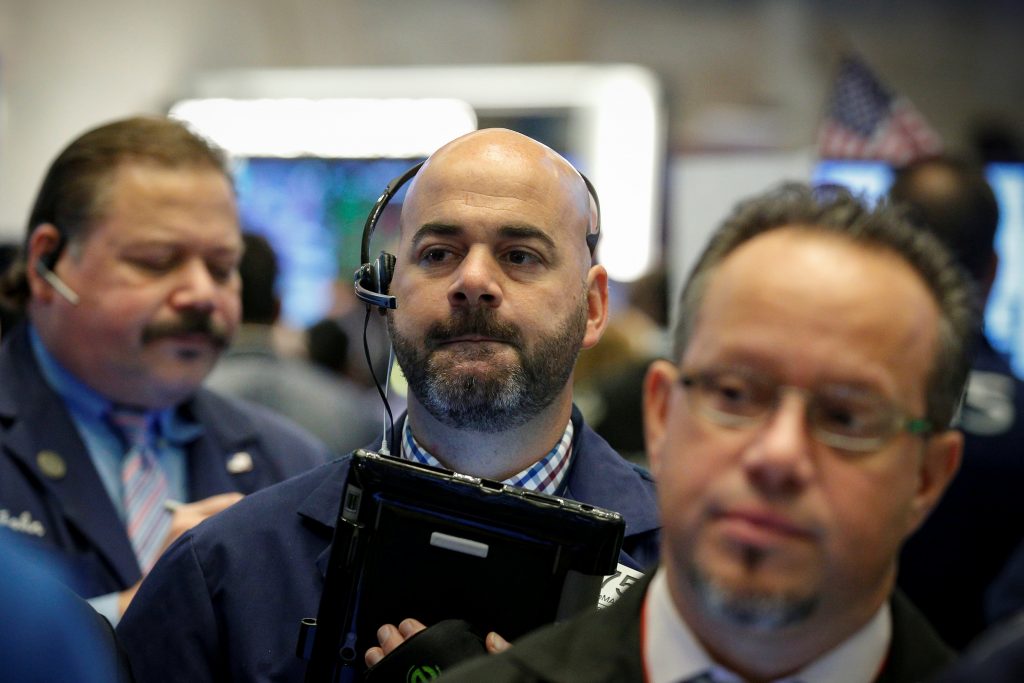 U.S. stocks veered sharply lower as investors worried that former national security adviser Michael Flynn’s guilty plea to lying to the FBI could spell trouble for the White House and its legislative agenda, including a tax overhaul currently under debate in Congress.

Flynn says he will cooperate with investigators in the probe into Russian meddling in the U.S. presidential election. Small-company stocks, which would benefit the most from corporate tax cuts, fell far more than the rest of the market. The Russell 2000 index plunged 2.2 percent.

In other signs that investors were feeling unsettled, bond prices rose sharply, the dollar weakened, and the price of gold rose.

RUSSIA PROBE: A federal judge said that Flynn is cooperating with the wide-ranging investigation led by special counsel Robert Mueller. In pleading guilty Friday to lying to the FBI about his contacts with the Russian ambassador, Flynn admitted that he followed directions from an unnamed member of the Trump transition team. Mueller is investigating Russian interference in the presidential election, including possible coordination between Russia and the Trump campaign. Flynn is the first official who worked in the Trump White House to make a guilty plea in the investigation.

TAX CUTS: Investors were keeping an eye on Washington as Republicans moved to make major changes to their proposed tax overhaul package ahead of a vote Friday. Among the changes aimed at appeasing deficit hawks is a rollback of some of the tax cuts after six years. The legislation is expected to add $1 trillion to the nation’s deficit over 10 years. It would also slash the corporate-tax rate, offer more modest cuts for families and individuals and eliminate several popular deductions.

TECH SLIDE: The technology sector, an investor favorite since the beginning of the year, had some of the biggest losses. Qorvo fell $4.13, or 5.4 percent, to $72.45.

UGLY OUTLOOK: Ulta Beauty slid 9.1 percent after the beauty-products retailer issued a disappointing forecast for the current quarter that overshadowed solid third-quarter results. The stock was the biggest decliner in the S&P 500, dropping $20.19 to $201.52.

NEW RECIPE: Meal kit maker Blue Apron climbed 6.4 percent after it named a new CEO. The company has struggled since its initial public offering in June. The stock rose 19 cents to $3.18.