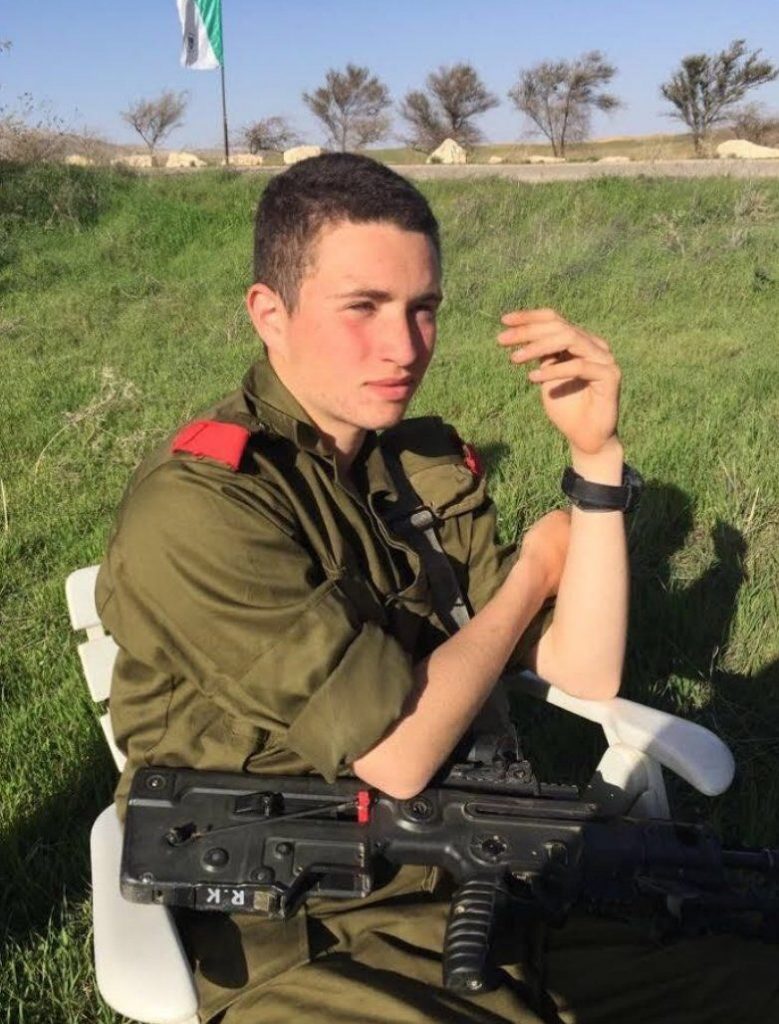 The IDF soldier murdered in a terror attack in Arad Thursday night was identified as Ron Yitzchak Kokiya (Hy”d), a 19-year old resident of Tel Aviv. His levayah will be held Sunday afternoon in the Kiryat Shaul cemetery in Tel Aviv.

Kukiya was stabbed in the neck as he waited at a bus stop in Arad. The terrorists apparently stole his weapon and absconded. Kukiya, badly injured, sought help from a passerby, who called rescue forces. The soldier was treated on site and then taken to a Be’er Sheva hospital, but was niftar en route. The terrorists disappeared and are still at large. Police believe the terrorists escaped in a vehicle that entered Road 6 and drove north. Over 200 security officers were operating in the city Friday morning looking for evidence to indicate the identity of the terrorists.

Arad Mayor Nissan Ben-Chamo asked the public to increase their awareness “of anything that looks suspicious. The city has extra security forces seeking the terrorists and seeking evidence. Meanwhile we will continue our normal lives. Schools will operate and the regular schedule will be implemented.