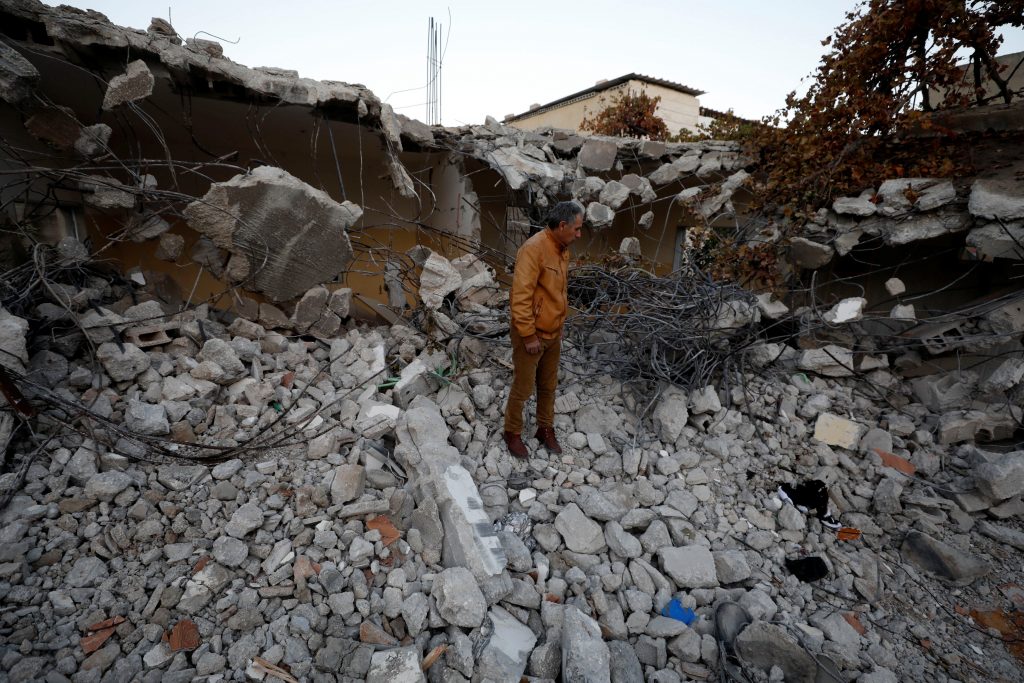 IDF bulldozers overnight Thursday demolished the home of Mahmad Ziad Abu Alroob, one of the murderers of Reuven Schmerling, Hy”d, who was murdered on Erev Sukkos in a warehouse in Kfar Kassem. In a joint operation, IDF, Shin Bet, and Border Guard forces removed residents and demolished the home, under a barrage of rocks and stones thrown by rioting Arabs. No injuries were reported among Israeli forces.

Alroob, along with Yussuf Khaled Mustafa Kamil, both of the village of Kabatiya, were indicted for murdering Schmerling in a premeditated terror attack. Their indictment describes how the two decided to find Jews to kill to avenge the death of a friend of theirs, who was killed whilst he carried out a separate terror attack in the summer, as part of the riots over the implementation of security measures at Har HaBayis in the wake of the murder of two Israeli security officers.

Schmerling was murdered on Erev Sukkos, on October 4th of this year, savagely stabbed by several terrorists who worked with Schmerling in a warehouse he owned in Kfar Kassem. The terrorists entered Israel illegally with the express purpose of carrying out a terror act, the indictment says, and utilized one of the many transports of illegal Arab workers to get past checkpoints into Israel proper. They reached Kfar Kassem, and after some discussion decided to stab Jewish workers who came to the town. Schmerling had a warehouse in the town, and worked with a large number of local Arabs.