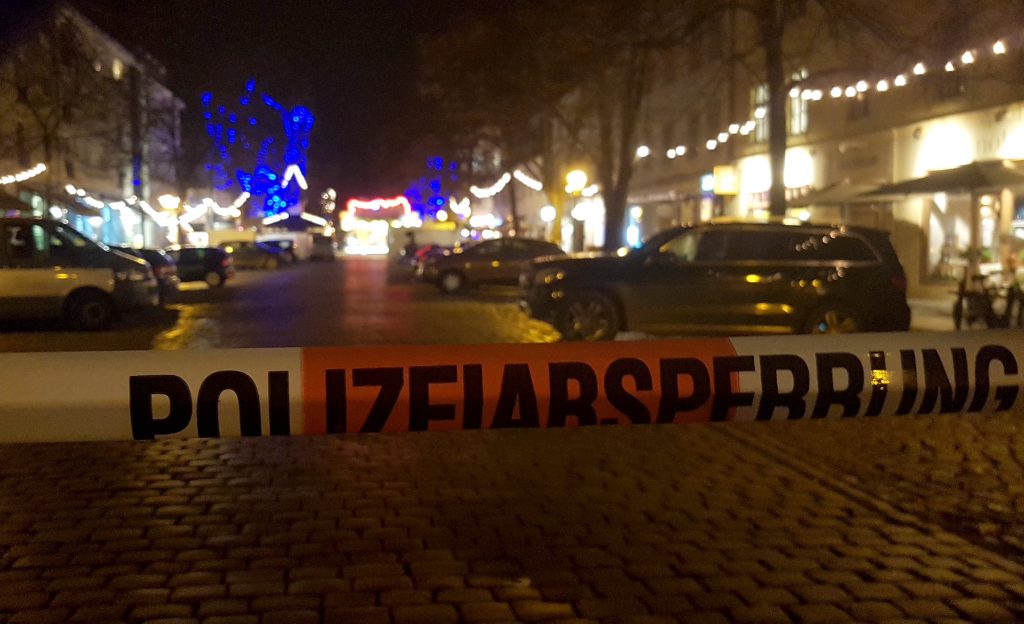 Experts on Friday defused a suspected explosive device found near an outdoor market in the German city of Potsdam.

Germany is on high alert for potential terror attacks nearly a year after a Tunisian Islamist hijacked a truck, killed its driver, and then rammed the vehicle into a market in central Berlin, killing 11 people there.

In Potsdam, police cordoned off the area including the market after being alerted about a suspicious object that had been delivered to a pharmacy.

Brandenburg state Interior Minister Karl-Heinz Schroeter told reporters at the scene that the package contained nails and a powder, but that it’s not yet known whether they were part of a real explosive device or a dummy.

Schroeter said that it would take some time to analyze the powder.

The Potsdamer Neueste Nachrichten newspaper said the pharmacy alerted police around 2:30 p.m. local time (8:30 a.m. ET) after receiving a package measuring 40 cm (16 inches) by 50 cm (20 inches) that contained suspicious wires and electronics. About three hours later, police announced on Twitter that the object had been defused.

Outdoor markets opened across Germany on Monday at the start of the year-end shopping season, fortified with security staff and concrete barriers to protect shoppers. Germany has around 2,600 such markets.

Interior Minister Thomas de Maiziere said this week that Germany had increased information-sharing between federal and state officials and taken other steps to increase security after a series of missteps in the Berlin case.

A Ministry spokesman said this week that the risk of an attack in Europe and Germany is “continuously high.”