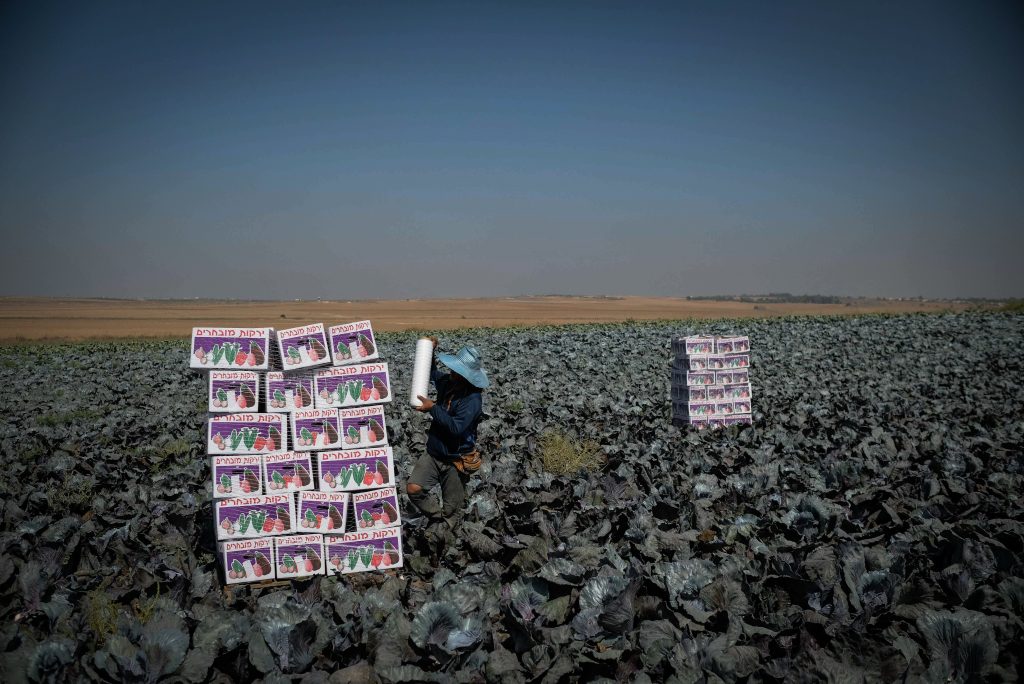 Farmers in the Gaza border fence area were allowed to return to their fields Friday after a mortar shell attack by Gaza Arab terrorists shut down all activities in the area Thursday afternoon and evening. Farmers whose fields are adjacent to the fence are still banned from working their fields during daylight hours, but other activities can resume, the army said. Schools were open as usual in the area Friday, and trains were running after Israel Railways shut down operations between Ashkelon and Sderot Thursday afternoon.

Red Alert warning sirens sounded Thursday afternoon in towns throughout the Gaza border fence area, as Gaza Arab terrorists fired mortar shells at Israel. As many as 25 shells were fired at workers maintaining a part of the Gaza border fence. IDF forces fired at Hamas installations near the border in response. No injuries or damage were reported on the Israeli side. Earlier the IDF had said that the warning siren was a false alarm.

Meanwhile, Defense Minister Avigdor Liberman has ordered his staff to examine the possibility of compensation to Gaza border-area farmers for the work they are losing out on as a result of the serious security situation on the Gaza border. A panel, consisting of IDF and Defense Ministry officials, along with state tax representatives and Agriculture Ministry representatives, will discuss the matter in the coming days, Liberman said.

Several weeks ago, IDF forces demolished a terror tunnel that ran under Israeli territory, in which a dozen Islamic Jihad and Hamas terrorists were killed. Israel believes that Islamic Jihad is set on avenging the deaths of those terrorists, and security officials said that when Israel responds to that vengeance attack – which is likely to be high profile – with a major military action in Gaza, Islamic Jihad, and probably Hamas, will probably begin firing missiles at Israeli civilian communities. That scenario could develop at any moment, and hence the deployment of the Iron Dome units, which will be used to deflect the Gaza missiles fired at Israeli population centers.

As a result, the IDF has deployed in an increased security footing in the Gaza border fence area, and residents are paying the price. A report on Channel One showed residents mostly taking shelter during the daylight hours, with the IDF allowing farmers access to their fields only at night, when it would be harder for Gaza terrorists to follow their movements from across the border. This, according to the report, has wreaked havoc on the incomes of farmers, and the Ministry is considering compensating them for their losses.