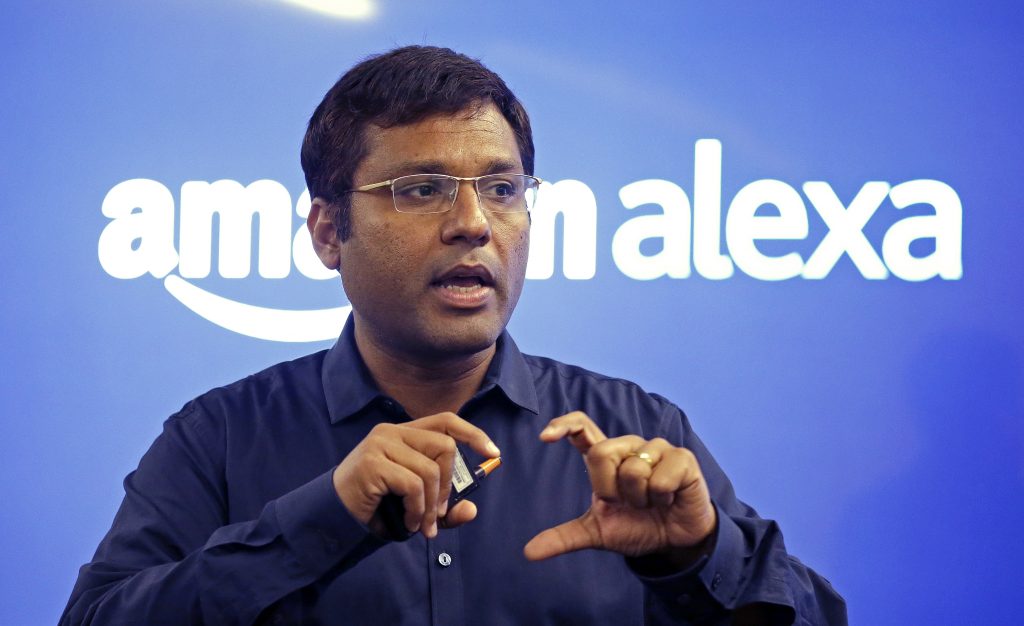 Amazon.com Inc wants to be your new executive assistant at work.

The company on Thursday said that Alexa, its increasingly popular digital aide that shoppers command by voice, is now programmed to handle a range of tedious office tasks.

Amazon wants Alexa to be everywhere, and it needs more voice data to feed and “train” it so that talking to the assistant feels like talking to a friend. The company is looking to make money in the long term from people shopping with Alexa and using it – rather than Apple Inc’s Siri or Alphabet Inc’s Google Assistant – as their go-to voice technology.

“Meetings always start 10 minutes late” due to small technology issues, Amazon’s Chief Technology Officer Werner Vogels said at the company’s cloud-computing summit in Las Vegas on Thursday, announcing the service. “If voice is a natural way of interacting in your home … why don’t we build something that you can actually use at work as well?”

The answer to that question is Amazon’s “Alexa for Business” offering, which lets companies buy Alexa devices like the Echo for employees to share at $7 per month per gadget. That is a departure from Amazon’s normal requirement that Alexa devices be tied to a shopper’s Prime account to unlock all features.

Businesses also can enroll employees’ home devices into their Alexa networks for $3 per month per user. The service lets companies centrally provision and manage devices for their organizations.

The move adds to Amazon’s competition with Microsoft Corp , which bought internet phone and video chat company Skype in 2011 with hopes of improving communications at work. Microsoft has also recently courted businesses with applications of its own voice technology, with programs that convert audio into text and vice versa.

Still, integrating a voice aide that is popular among consumers – whether for bedside tables, dressing rooms, cars or even refrigerators – into the workplace would be a first for the technology industry.

“Alexa and Amazon are being much more aggressive, whether it’s integrating with third parties or going to new markets like this,” said Gene Munster, a veteran equity analyst and now head of research at Loup Ventures.