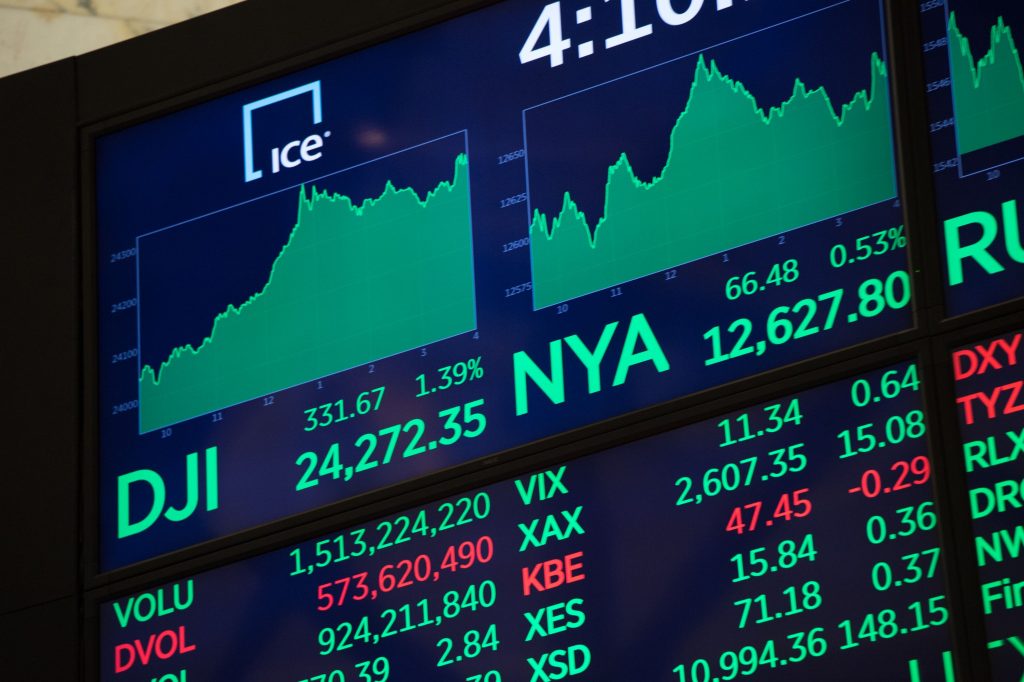 Investors are exuberant and for good reason: the global economy is strong, corporate earnings are solid, Washington appeared closer to delivering lower taxes on corporations and is signaling less restrictive oversight of the financial sector.

Thanks to that enthusiasm, Wall Street finished November with a broad rally that gave the Dow Jones industrial average its biggest gain since March and pushed it past the 24,000 mark for the first time.

Other market indicators also reached milestones on Thursday. The S&P’s 500 index, which is widely followed by professional investors, had its biggest monthly gain since February.

Technology stocks, the biggest driver of the market’s increase this year, were responsible for much of the gain, rebounding from a sharp pullback the day before. Financial stocks slowed a bit, but remain in the midst of a weeklong rally sparked by rising interest rates and encouraging words from regulators.

Stocks are being driven higher by a healthy economic backdrop and by the prospect that policy changes will fatten corporate profits.

The global economy is gathering momentum and a falling dollar has made American-made products cheaper overseas, benefiting U.S. corporations. And recent economic data have given investors more reason to feel bullish.

American consumers, whose spending accounts for 70 percent of U.S. economic output, are in the sunniest mood since 2000, their disposition brightened by a healthy job market. The unemployment rate is at a 17-year low 4.1 percent.

The encouraging economic picture has pushed the yield on the 10-year Treasury higher. It climbed Thursday to 2.41 percent from 2.39 percent late Wednesday.

A day after technology stocks fell sharply, investors seized upon the lower share prices to buy into the sector. PayPal added $2.48, or 3.4 percent, to $75.73.

Crude oil prices recovered from an early afternoon slide after OPEC and a group of allied oil-producing nations agreed to prolong crude output cuts until the end of next year.