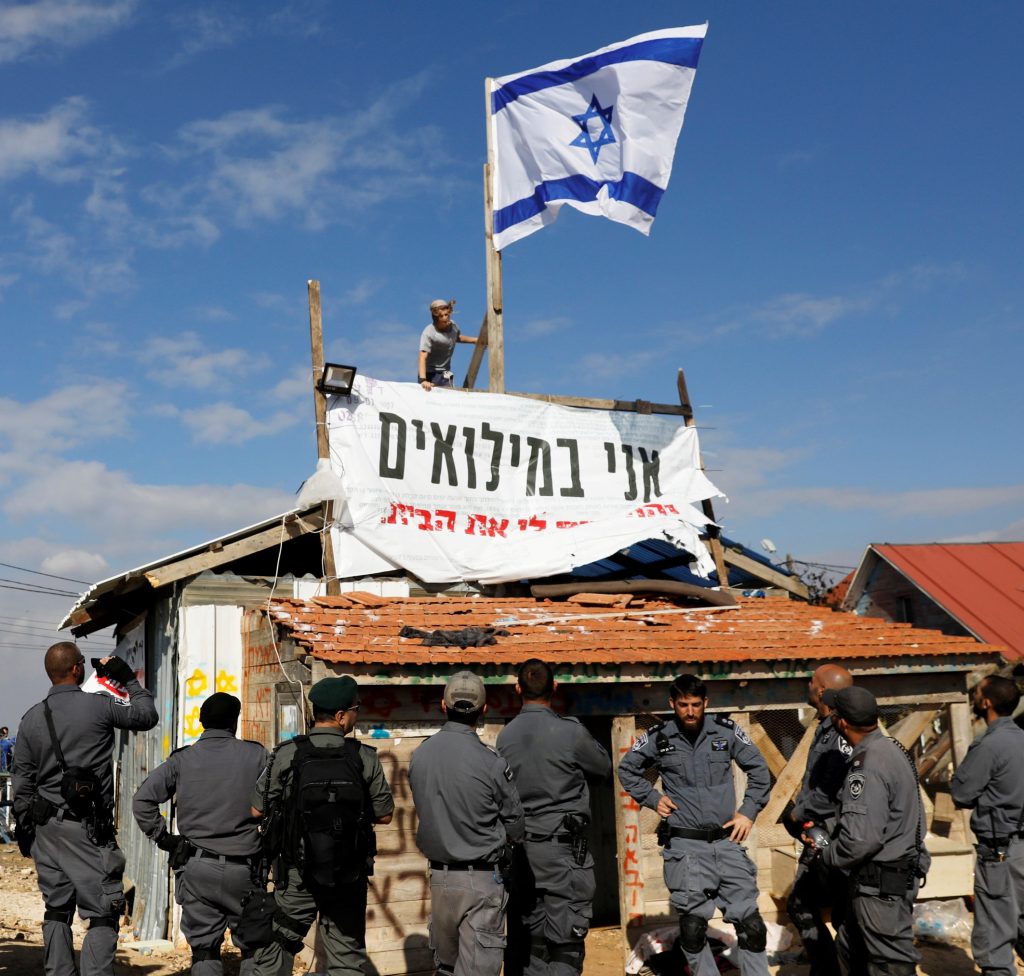 The latest skirmish between youthful protesters and security forces ordered by the courts to tear down structures in Yehudah and Shomron took place on Wednesday in the town of Elazar in Gush Etzion.

The military and police were sent to take down a carpentry shop, one of a list of 17 buildings that the High Court ruled were built illegally on Palestinian land. The others are to be dismantled by March. Another 26 structures on state land in the outpost will eventually be legalized, according to The Jerusalem Post.

The protesters in the Netiv Haavot neighborhood in Elazar linked arms and chanted slogans as the military prepared to tear down the carpentry shop, The Associated Press reported.

The security forces evicted dozens of teenagers from the building, though some reportedly fled to the roof.

Barbed wire was placed around the small structure and border police stood guard to keep other protesters away from the scene. There were about a hundred security personnel there.

Gush Etzion Regional Council head Shlomo Neeman said, ”It is very sad that we have reached this shameful moment of loss of control and power; we are told that this is the rule of law and we say that this is the loss of power and the destruction of the law.”