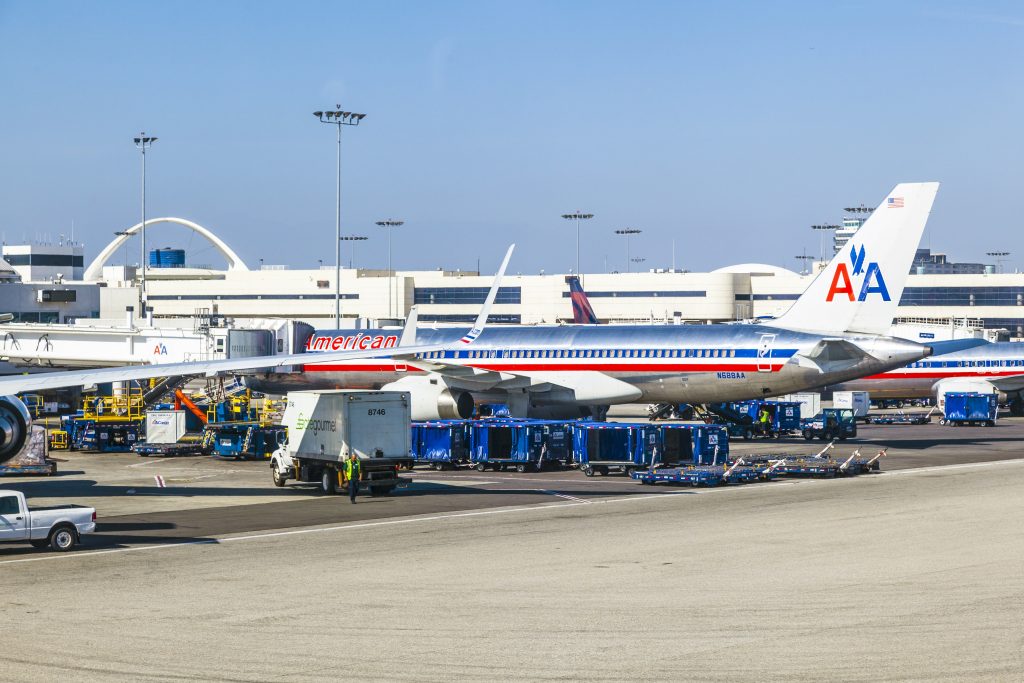 It’s early on a Thursday morning and flight attendant Bette Nash has just strolled up to Gate 19 at Reagan National Airport, where American Airlines Flight 2160 bound for Boston is parked and preparing for boarding.

As she pauses at the counter to adjust her scarf, a 20-something guy looks up. He lets out a gasp.

This is what life is like when you are Nash, 81, who has been flying since Dwight D. Eisenhower was in the White House and a ticket for a flight cost $12.

The 20-something in question, Pavel Boress, is an American Eagle flight attendant who has long known of Nash but never had the chance to meet her.

He fumbles with his phone. The pair snap a selfie ­- another one for the ages.

“Everybody in the industry knows about Bette,” Boress says, still giddy from the encounter. “She’s an inspiration.”

“It happens all the time,” she says. “Autographs, too.”

Eastern Air Lines, US Airways and, yes, even Trump Shuttle. Bankruptcies and at least one strike. Nash has weathered them all. And now, entering her seventh decade of flying, no one is as surprised as she.

Ten years ago, when Nash was feted on her 50th with a rare water cannon salute (a tribute usually reserved for a retiring captain or an officer), she laughed at the suggestion that she would be around for her 60th. Yet here she is.

The mandatory retirement age for pilots in the industry is 65, but there is no such thing for flight attendants, so Nash is still flying.

She’s worked other routes during her long career, but the D.C.-Boston shuttle, known affectionately as the “Nash Dash” to her regulars – is her favorite. It requires her to be up before the chickens – the alarm in her Manassas, Virginia, home goes off at 2:10 a.m. – but it gets the single mom home in time to have dinner with her son, who has Down syndrome and lives with her.

The route brings her into contact with power brokers of all types, in different industries and of varying political persuasions.

These days her regulars include political commentator David Gergen, members of the Massachusetts congressional delegation and Kenneth Feinberg – the attorney perhaps best known for administering the 9/11 and Deepwater Horizon disaster compensation funds.

“If Bette’s on the flight, you know everything is going to go well,” said Feinberg, who has flown with Nash for almost three decades. “She never gets flustered. No matter how busy she is, she’ll always stop and ask you how you are.”

Added Karen Clougherty, a retired Defense Department contractor and Nash Dash regular who lives in Alexandria, Virginia, but has family in Boston: “There’s just this spark – she’s the first one you see when you get on. She knows you …. I will change my schedule if I know Bette is flying.”

Nash, the eldest of three sisters who grew up just outside Atlantic City, New Jersey, was a fresh-faced 21-year-old when the call went out for girls looking to be stewardesses. It seemed far more glamorous than her job as a legal secretary, and the idea of meeting people from all over appealed to her innate curiosity. She borrowed a suit from one of her sisters, and two interviews later, she was hired by Eastern Air Lines.

Stories? She has many. There was the flight from Washington to Miami with nine stops in between. Or the time her plane hit turbulence so bad that the toilet in the lavatory separated from the floor. There were the days when she served and carved meats to passengers. Oh, and the time she flew with Jacqueline and John F. Kennedy Jr.

$12 tickets may be a thing of the past, but one thing remains constant: the philosophy Nash has embraced since she started in 1957.

“Customer service is about making customers feel good,” she says simply. “Everyone wants number one – a little love and a little attention.”

At a party celebrating her 60th anniversary this month at National, she had the crowd in stitches with her observations, including this bit of fashion commentary: “In the old days, we saw a lot of mink coats,” she said. “Today, we see a lot of flip-flops.”

For Nash, it is the people – both the passengers and her co-workers – who keep her coming back at a time when most folks have packed it in. The everyday stresses she might be dealing with seem to melt away once she’s on board.

With ten minutes to go before departure, there is no time for small talk as Nash helps ready the flight for boarding. She stores her bag in the overhead and goes to work making sure everything is in order. She checks in with the pilot and gate agent.

Nash is joined by Evans and flight attendant Joan Myers-Singh. The three have known one another since the days when they flew for Eastern Air Lines.

“Not sure you heard the announcement, but we have a celebrity with us,” the captain says, telling the folks aboard that this is Nash’s 60th anniversary. The passengers break out in applause. Nash – ever gracious – nods and smiles.

But when it’s time for takeoff, it’s back to business.

“Ladies and gentlemen, boarding is now complete,” she says.

Once the plane levels off, it’s back to work. Nash grabs a wicker basket of snacks and begins to take drink orders.

Coffee for 4A, sparkling water for 5C.

“I’m sorry I’m not talking,” she says to an observer. Tapping her forehead with her finger, she whispers: “I’m trying to keep it all straight.”

The flight lands ten minutes ahead of schedule and taxis to the gate.

There is much merriment as the passengers deplane.

“Keep at it,” says another.

“I put you on Twitter, #American Airlines,” says another.

“Here’s to the next ten years,” says another.