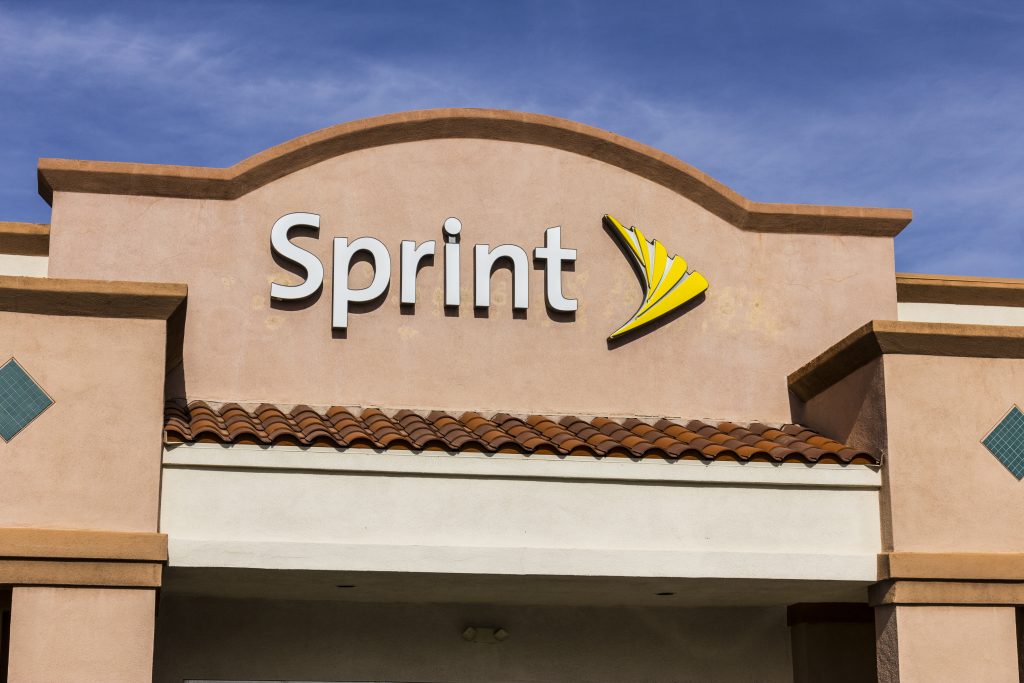 Ryan Moody was frustrated when his Sprint phone mysteriously stopped texting and calling. But that isn’t why he switched to Verizon before the week was out.

Moody learned that Sprint had been charging him $20 a month to lease his phone — even though his lease had expired in April. To stop the payments, he had to give the phone back to Sprint, upgrade to a new phone with a new lease, or buy his current phone outright.

And Sprint told Moody that none of the $140 in extended lease payments he had made since April would count toward the $77 he would have to pay to own the Samsung Galaxy S6.

“It blows my mind that that’s legal,” said Moody, a 38-year-old Maryland resident. “They basically took $140 away from me because I’m naive.”

This is money that comes in from lease customers after Sprint already has collected the full price of the phone through their lease payments. In Claure’s words, “that is all profit.”

“If Sprint gets these people to go into this out-of-term phase, it’s a cash cow. It’s a beautiful way of making money,” said Toni Toikka, CEO of Alekstra, which helps businesses optimize their cellphone plans.

It also is unique in America’s cellphone market.

T-Mobile leases phones through its JUMP! and JUMP! On Demand upgrade programs. But T-Mobile said it doesn’t keep collecting once the phone’s original price tag has been covered.

Verizon and AT&T don’t have lease programs and, like T-Mobile, principally sell phones through zero-interest installment plans or for the full price at the time of the purchase.

Which leaves Sprint alone among the four national carriers.

“They are literally the only company in America that will charge you more for your phone than the phone costs itself,” said Walter Piecyk, an investment analyst who follows Sprint for BTIG Research.

Sprint won’t say how much out-of-term revenue it collects from customers. A spokesman said it affects “a very small amount of customers” relative to the company’s 54 million subscriber base.

Leases, however, are how the Overland Park-based wireless carrier chooses to do business with high-value, creditworthy consumers.

Roughly 90 percent of the new customers who met a credit check to sign up with Sprint this summer signed leases. The others bought their phones upfront or already owned them. Sprint no longer offers an installment plan for buying a phone over time. Prepaid customers, who buy wireless service month-to-month, don’t qualify for installments or leases.

A Sprint lease can work like an installment plan — if the customer pays attention and plays by the ground rules.

Ignore the rules — and the reminders Sprint says it sends to its lease customers repeatedly — and you end up like Moody, paying more for a phone than it cost originally. Potentially a lot more.

The day before Moody’s discovery, Sprint’s CEO explained the company’s out-of-term leasing practice during a session with investors and analysts. He was pointing out the benefits of Sprint.

“The advantage the lease gives you, it gives you something that is called out-of-term revenue,” Claure said during an investor conference in New York that Sprint made available to the public on its website.

“There comes a point in time,” he said, “in which customers start paying — they have already paid for their handset — but they decide to continue to lease your handset and use it. That is basically, that’s as good or better than service revenue because that is all profit.”

Claure also said the out-of-term revenue is enough that it helps Sprint operate with a higher rate of customer turnover than its rivals.

Out-of-term lease customers tend to churn, or drop Sprint service, more than others, Claure told his investor audience. But Sprint has run “business cases,” he said, that show the extra revenue from out-of-term payments makes up for the higher churn.

“So that is how we have decided to run our business,” Claure said.

Sprint has leased phones for several years and introduced a new leasing program in July called Sprint Flex. Although there are some differences with Flex, the lease plans work the same when it comes to out-of-term revenues.

Sprint sets monthly lease payments so that by the end of the lease the company will have collected about 75 percent of the phone’s price. This means a 30-month lease comes with a smaller monthly payment than with the same phone under an 18-month lease, which is the only lease length available under Sprint Flex.

During the lease, many customers upgrade to a new phone and a new lease. Sprint Flex allows an upgrade after one year under lease.

At the end of the lease, customers still can upgrade. They also have the option of buying their phone.

The price tag at the end of the lease is called the “purchase option price.” It covers the 25 percent of the phone’s price that the lease payments hadn’t covered.

For a customer who buys at this price, the lease works out much like an installment plan purchase but with a large payment at the end.

Older leases at Sprint, those taken out before mid-July, require the customer to pay the full amount at one time. Sprint Flex spreads the payments over six months after the lease has expired. Sprint plans to add this option to those older leases in March.

Out-of-term revenues come into play when a Sprint lease customer does nothing at the end of the lease.

Sprint keeps collecting monthly lease payments, and after several more has fully recovered the original cost of the phone — that 25 percent of its original purchase price not recovered during the original lease term.

Even then, Sprint keeps collecting month-to-month lease payments because it doesn’t count the out-of-term payments toward a purchase of the phone.

That’s how leasing works, said Margot Saunders, senior counsel for the National Consumer Law Center in Washington. It’s why leasing can be the most expensive way to buy something, she cautioned, adding that consumer leasing for various products is on the rise and typically unregulated.

“There’s nothing unfair about this. It’s business. It’s the way capitalism works,” Saunders said. “Businesses try to take advantage of consumers as much as they can. Buyer beware.”

Consumer advocate Edgar Dworsky went further. He said fairness does come into play when Sprint decides what to do with those out-of-term payments.

“If all the payments during the term of the lease help reduce the total the consumer owes at the end of the lease should they wish to buy the phone, it seems quite unfair not to similarly apply the payments made after the lease’s expiration,” Dworsky said in an email.

For Sprint lease customers, one more thing changes if they do nothing once the lease expires — the buyout price on the phone.

Instead of paying the 25 percent of the original phone price that Sprint hasn’t collected yet, the customer has to pay the fair market value of the phone to buy it.

And for popular cellphone models such as an iPhone or Galaxy, the fair market price typically exceeds the “purchase option price” the customer turned down a month ago.

These phones hold their value well and that higher price can linger for months even as the customer makes monthly lease payments.

Toikka calculated the potential out-of-term revenues from a customer who leased a 64GB iPhone 6S Plus in September 2014. The phone, a basic model, would have cost $849 upfront.

However, in the 38 months since then — assuming the customer did not upgrade or pay off the phone — Sprint would have collected $1,344 in monthly lease payments, Toikka said. And, he added, based on buy-back prices on Sprint’s website Nov. 16, the customer still would owe the company $205 to buy the phone and stop the lease.

“Sprint is making a lot of money out of this,” Toikka said.

Toikka and others acknowledge they don’t know how much money. Piecyk, the investment analyst, said it is “unlikely” that the total is meaningful to Sprint’s business.

Sprint declined to provide a total. Toikka said the revenues may come mostly from one group of customers, those who likely don’t have the money to buy the phone outright at the end of the lease.

“We expect that it’s a sizable portion of Sprint’s lower income subscribers who actually stick with a plan for a long time and keep making these lease payments,” Toikka said.

By the time a customer reaches the end of a lease, the company typically has sent 10 emails or texts letting customers know about their options. These advise customers when they can first upgrade, when their lease is nearing its end and that they have the option to buy, upgrade or continue leasing.

“Some of those customers, we have to admit, maybe they have never read any of those communications, but we try very hard,” Hackl said.

“We would even tell the customer in month 30, ‘You’re now on a month-to-month lease for an extended period of time. Financially, this is not in your best interest,’ ” he said.

The customer’s choices, however, have not changed. Ending the lease requires surrendering the device, upgrading to a new one or buying the phone at the fair market value. And the lease payments don’t cover that.

Hackl said a lease would not run forever. Once the fair market value of a device falls to the point that a monthly lease payment covers it, the lease ends, he said.

Staying on a lease wipes out one of the key benefits of leasing in the first place.

Upgrading during a lease allows a customer to get a phone with newer features. That might be a better camera, stronger security or a larger screen.

It also can mean getting a phone with newer technology that increases data speeds on Sprint’s network, such as its addition of HPUE technology now available on 10 devices such as the Samsung Galaxy S8.

Lease payments, like installment plan payments, are more affordable to some consumers than the full upfront price of high-end cell phones. Leasing also avoids the additional upfront burden of paying sales tax, which Sprint said it collects through the lease payments.