Politics Is the FBI’s Investigation of Rep. Bob Brady Over?
Politics 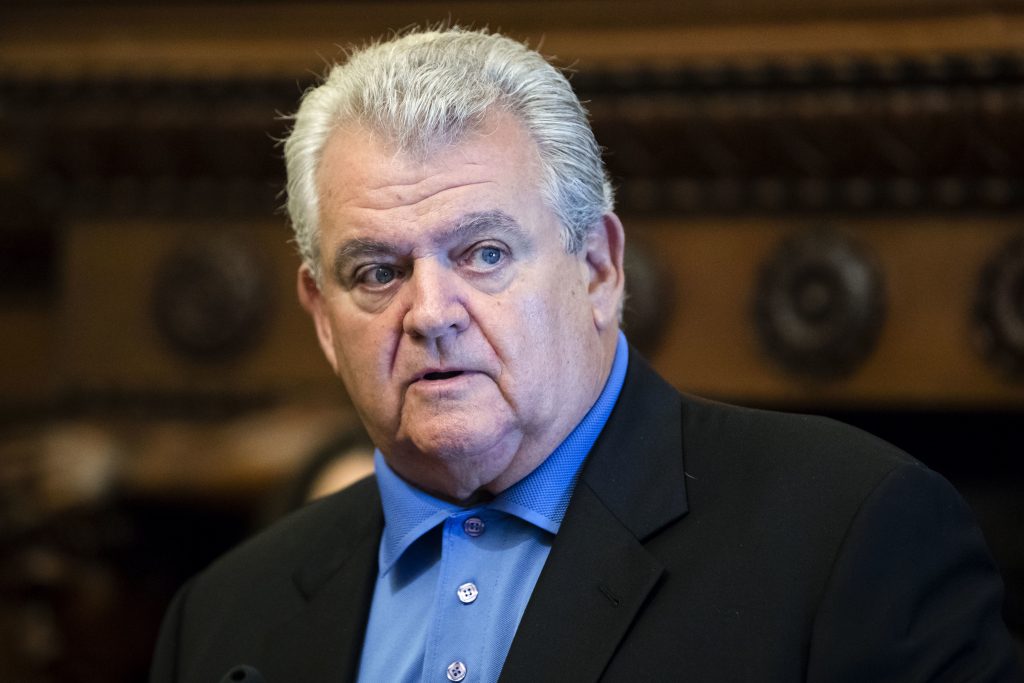 The threat of a possible federal indictment has hung over U.S. Rep. Bob Brady for most of the year.

In court filings, prosecutors have accused his campaign of illegally paying a 2012 primary challenger to drop out of the race, while a trickle of indictments — first of that campaign rival, then, last month, of two of Brady’s top political aides — appeared to signal that agents were closing in.

But at the stroke of midnight Monday, Brady — one of Pennsylvania’s longest serving members of Congress and the powerful chairman of Philadelphia’s Democratic Party — received a piece of heartening news:

The statute of limitations on many of the charges he might have faced had expired.

According to sources familiar with the investigation, Justice Department lawyers on Sunday let lapse the latest in a series of agreements Brady had signed extending the period of time in which he could be charged.

The contracts — known as tolling agreements — had been designed to give federal agents more time to pursue their investigation beyond the traditional limits and Brady a chance to convince government lawyers he had done nothing wrong.

Prosecutors had asked his lawyers four times this year to agree to month-to-month extensions beyond the five-year time frame imposed by the law, said the sources, who were not authorized to speak publicly about the case.

Justice Department officials would not say Tuesday whether their decision not to seek another agreement signaled an end to the investigation of the congressman. But Brady welcomed the development as a sign his legal troubles may be fading.

“We’ve always maintained that the congressman had done nothing wrong,” his attorney James Eisenhower said Tuesday evening. “The congressman had cooperated fully with the Justice Department investigation and gave them extra time to consider all the arguments.”

Since April, Brady’s legal team has had multiple meetings with Justice Department officials, all the way up to Assistant Attorney General Kenneth A. Blanco, chief of the department’s criminal division. Its goal: to convince prosecutors there is no viable case against the 10-term congressman.

Still, Eisenhower’s comments were tinged with a note of caution. Brady has received no official word indicating that he is fully in the clear.

He might never get one: Justice Department policy typically prevents officials from confirming or denying investigations that do not result in an indictment — even to say that a probe is finished.

And while the clock has run out for them to charge Brady with some of the offenses they filed against his aides Ken Smukler and Donald “D.A.” Jones — including making an unlawful campaign contribution — a Nov. 1 FBI affidavit laid out other purported crimes still within the time limits.

That list includes potential charges of lying to the FBI or filing a false campaign report. Brady spoke with agents as recently as April, and the five-year statute of limitations is still open for any alleged crimes related to a January 2013 finance report filed by his campaign.

The affidavit, filed this month as part of an application to search Brady’s private email account, laid out authorities’ view of the case:

To ease the judge’s exit from the race, Brady offered to help Moore retire some of his considerable campaign debt. That aid came in the form of $90,000 from the congressman’s campaign war chest, funneled through consulting firms run by Smukler and Jones.

The transaction was later reported on Brady’s campaign finance filings, but federal agents contend the sum was an illegal contribution far in excess of the $2,000 limit that one candidate can give to another’s campaign.

Brady has maintained that the money was not a contribution but rather a payment to acquire the consulting services of Moore’s campaign manager, Carolyn Cavaness, as well as exclusive rights to polling data Moore had commissioned before dropping out of the race.

During his April FBI interview, the congressman denied that he had access to the poll prior to the transaction and said that he never used Jones’ firm as a pass-through to route money to Moore’s campaign.

Emails recovered as part of the investigation showed that a campaign operative had slipped Brady the poll six months before the congressman paid to acquire it from Moore, Szeliga wrote. What’s more, his campaign paid $20,000 more for the data than Moore had when he first commissioned it.

Brady’s lawyers contend that the premium he paid for data he already had was meant to stop Moore or others from circulating the poll’s results. They have attributed the congressman’s misstatements during his FBI interview to his own hazy memories of events that occurred more than five years ago.

In their meetings with Justice Department officials over the past eight months, the congressman’s lawyers have painted Brady as a hands-off candidate who relied on Smukler, one of his closest aides, to carry out the details of the agreement.

Brady, they said, often did not review or sign his own campaign finance reports, leaving that up to his longtime campaign treasurer, Louis Farinella Jr., who died in April.

Brady’s claim that he was not engaged in the finer points of the Moore transaction could explain why prosecutors may now be hesitant to bring a case against him, said L. George Parry, a criminal defense attorney in Philadelphia and former federal prosecutor.

To prove crimes such as filing a false campaign report in court, authorities would have to convince a jury that Brady not only knew the specifics of the transaction with Moore but was also aware that what he and his campaign staff were doing was illegal.

But if they have opted not to pursue that gamble in court, Parry said, it’s unlikely investigators will publicly share their reasoning.

“If they’re true to form, then there would be complete radio silence if they don’t bring charges against Brady,” Parry said. “You’re there to either bring a case or not bring a case. They’re really obligated to keep their mouths shut.”

Moore and Cavaness have pleaded guilty to charges of filing false campaign reports and are cooperating with investigators. Smukler and Jones have denied the allegations against them and vowed to take their cases to trial.