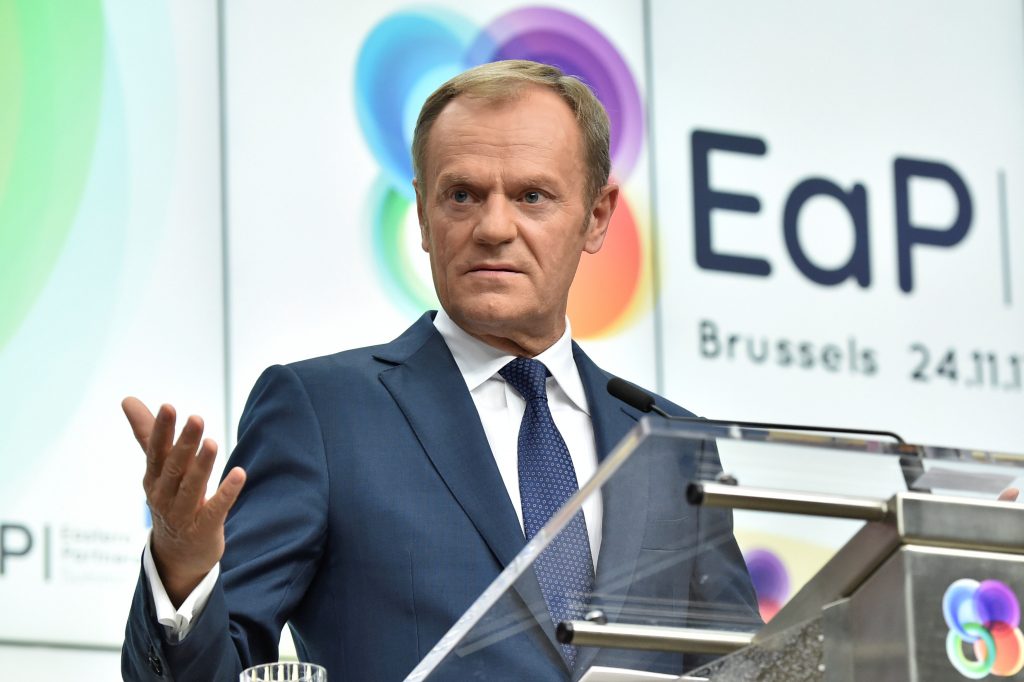 Europe and Africa have joint responsibility to make migration more humane and orderly so they can end horrifying abuses being committed against African migrants by people smugglers, European Council President Donald Tusk said on Wednesday.

He was speaking at a two-day Africa-European Union summit that is meant to focus on development and investment in youth, but has been inevitably overshadowed by the migrant crisis.

Reports this month of white Libyan slave traders selling black African migrants at markets in Libya – a grim echo of the trans-Saharan slave trade in centuries past – have drawn worldwide horror.

The outcry threatened to put migration at the top of the summit agenda and shine a light on a thorny issue for European leaders faced with a surge in far-right, anti-immigration parties at home.

“It is clear that migration is a joint responsibility. It is in all our interests to have orderly migration that is more controlled, more humane and sustainable,” Tusk said in his opening remarks.

“The recent reports about the treatment of Africans – especially young people – by smugglers and traffickers are horrifying,” he said, adding that 5,000 migrants had drowned in the Mediterranean last year.

“The worst we can do is to start the blame game. What we need now are common solutions and stronger cooperation to save lives, protect people,” Tusk said. “Our common duty is to step up the fight against these unscrupulous criminals.”

But European leaders – including German Chancellor Angela Merkel and French President Emmanuel Macron, who head the Franco-German axis at the heart of the EU – are hamstrung by electorates that are increasingly anti-immigration.

Gunter Nooke, Germany’s special envoy of the chancellor for Africa, told Reuters at the summit that legal migration would not solve the problem. “There we talk about thousands, tens of thousands. But with (illegal) migration we talk about millions.”

He added that no country is going to allow hundreds of thousands of students in from developing nations unless they can be sure most will go back within four years, but this was never the case.

In a joint statement, the United Nations, African Union and European Union announced the creation of a joint task force “to save and protect lives of migrants and refugees along the routes and in particular inside Libya,” and to speed up returning migrants to countries of origin.