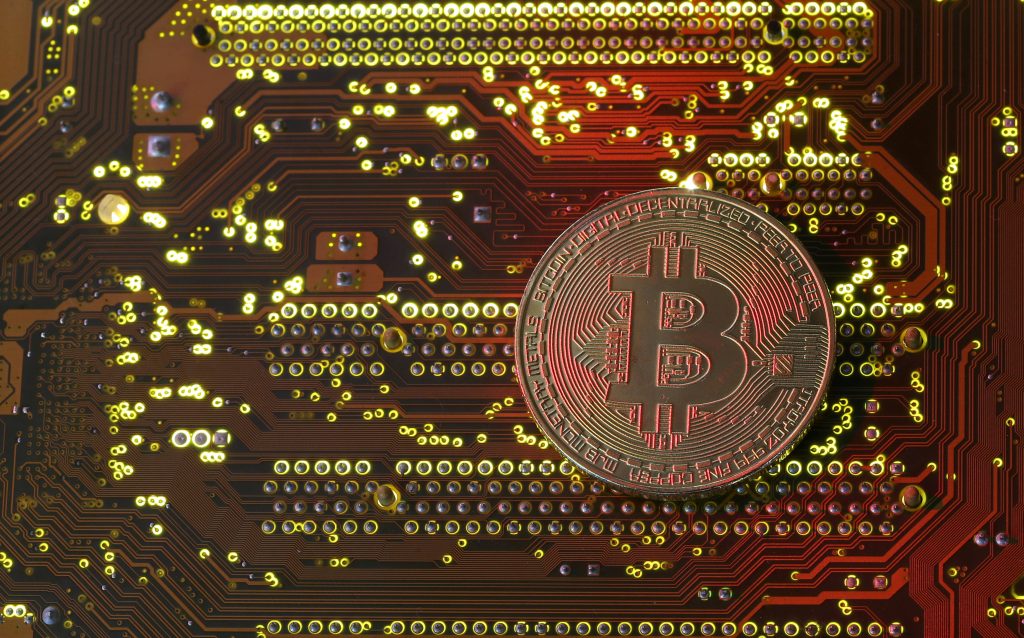 Virtual currency bitcoin soared to an all-time high above $10,000 on Wednesday on major exchanges and digital currency indexes, including the widely followed Luxembourg-based trading platform BitStamp.

Created in 2009, bitcoin uses encryption and a blockchain database that enables the fast and anonymous transfer of funds outside of a traditional centralized payment system.

It has increased more than 10-fold in value so far this year, posting the largest gain of all asset classes, amid increased institutional demand for crypto-currencies as financial and mainstream use has expanded.

But skeptics say it’s a classic speculative bubble with no relation to real financial market activity or the economy, most famously JPMorgan boss Jamie Dimon, who labeled it a fraud.

Bitcoin crossed $10,000 on smaller exchanges such as the CEX.IO exchange, and the crypto-currency index coinmarketcap.com long before it hit the milestone on BitStamp.

“The price rise is a continuation of a long-term trend which has been driven by the speculative activity in Japan and also with institutional investors dipping their toes into the crypto-currency market,” said Thomas Glucksmann, head of marketing at Hong Kong exchange Gatecoin.

“The recent surge is just part of that additional element of excitement amongst speculative traders and a growing contingent of liquid traders that have a long-term optimistic view on … this technology.”

Sol Lederer, blockchain director at U.S. technology company LOOMIA, said this surge will help long-time bitcoiners finally feel vindicated that their currency, which had been ridiculed for years, was at last being taken seriously.

“Bitcoin’s future is still uncertain; it faces the same serious technical challenges it has for years and faces stiff competition from newer, more sophisticated blockchains. But even if it were to crash, it’s apparent that bitcoin is here to stay.”

In some emerging markets, bitcoin had hit well over $10,000 previously. In Zimbabwe, bitcoin traded at $17,875 on Monday.

In South Korean exchanges, bitcoin was already close to $11,000 or higher early this week.

Bitcoin has been boosted as exchanges such as the CME Group Inc and the Chicago Board Options Exchange announced plans to launch futures contracts for the currency.

“I’m sure there will be a few dips over the next weeks and months as the crypto-currency market is quite illiquid so there’s bound to be volatility,” Gatecoin’s Glucksmann said.

But many leading bankers, including Credit Suisse Chief Executive Tidjane Thiam, have expressed skepticism about bitcoin.