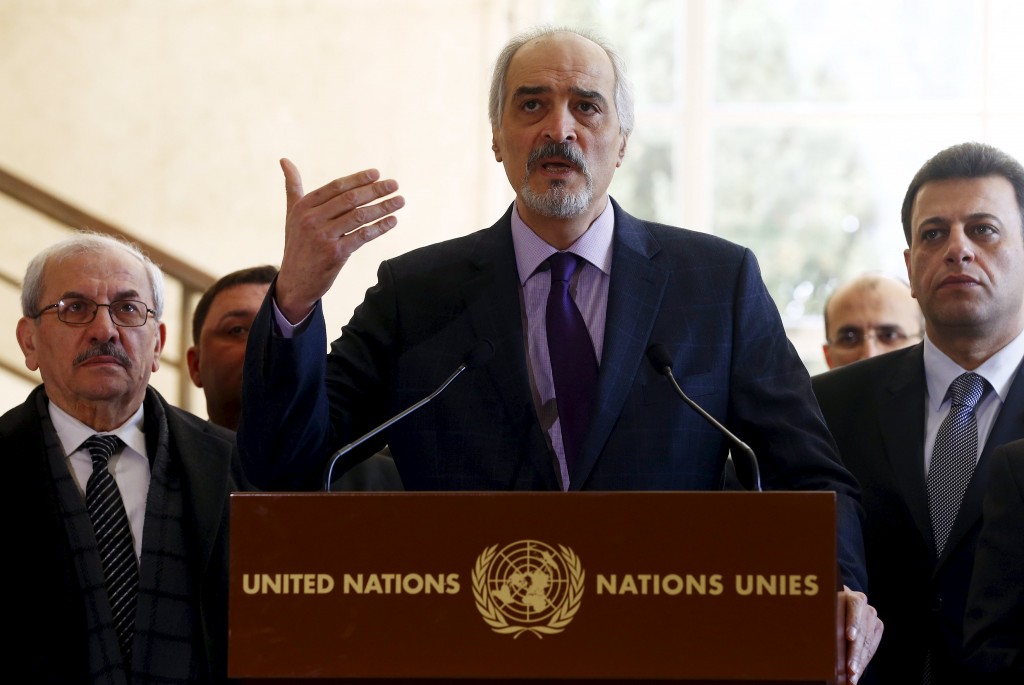 A Syrian government delegation will arrive in Geneva on Wednesday, a day later than expected, to attend peace talks being held there this week, Syrian state news agency SANA said.

The delegation had delayed its planned departure for the talks, which begin on Tuesday, because of the opposition’s insistence that Syrian President Bashar al-Assad step down.

“At least we know that they are coming,” she said, declining to give details on who transmitted the message from Damascus.

A delegation from the newly unified Syrian opposition, which arrived in the Swiss city on Monday, is due to hold a first meeting with de Mistura later on Tuesday, she said.

Earlier, the pro-Damascus Syrian newspaper al-Watan reported that the Syrian government delegation to an eighth round of peace talks in Geneva this week has not yet left Damascus.

It had reported on Monday that the delay was because of the opposition’s insistence that Assad step down, which he has refused to do.

Nasr Hariri, head of the opposition delegation, told a Geneva news conference on Monday night that he is aiming for Assad’s removal as a result of negotiations.

A breakthrough in the talks is seen as unlikely while Assad and his allies push for total military victory in Syria’s civil war, now in its seventh year, and his opponents stick by their demand he leave power.