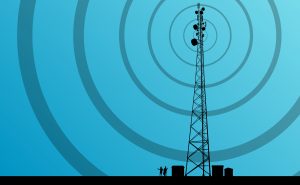 When the Supreme Court on Wednesday undertakes a potentially landmark examination of how law enforcement’s use of technology impacts the American notion of privacy, the terrain will be familiar.

In 2012, when the government argued that placing a GPS device on someone’s car and tracking their whereabouts for weeks raised no constitutional concerns, some of the justices were taken aback.

“Essentially, I think you answered the question that . . . any of us could be monitored whenever we leave our homes,” Justice Ruth Bader Ginsburg told the government’s lawyer.

And when in 2014 the court ruled that a search of someone’s cellphone generally requires a warrant, Chief Justice John Roberts noted what every smartphone owner knows.

Now, the court is taking up a case that in part combines those concerns, asking whether authorities need a warrant to access cell-tower records that could reveal a suspect’s whereabouts.

Privacy groups and civil libertarians are asking the court to reconsider how precedents established in the days of rotary dials and telephone nooks can be reconciled with a world in which most Americans say that are usually within five feet of their smartphones.

“It’s 2017, not 1977, but people have the right to expect that their everyday movements and thoughts will not be freely available to the government without a warrant,” said Nathan Freed Wessler, an American Civil Liberties Union lawyer who is arguing Wednesday’s case.

Wessler represents Timothy Carpenter, who is serving a 116-year sentence for his role in armed robberies in 2010 and 2011 at RadioShack and T-Mobile stores in and around Detroit. The gang was stealing, of all things, smartphones.

One of the men arrested named Carpenter as the ringleader, who typically organized the robberies, supplied the guns and acted as a lookout. Authorities asked cellphone carriers for 127 days of records that would show Carpenter’s use of his phone.

Such records indicate where a cellphone establishes connections with a specific cell tower and give a fair representation of the vicinity of the user. In Carpenter’s case, the mass of information showed his phone at 12,898 locations, including close to where the robberies occurred when they took place.

Carpenter’s lawyers say that the government’s actions violated their client’s rights under the Fourth Amendment, which protects against unreasonable searches. Authorities should have had to convince a judge there was probable cause to get the records, they say.

Instead, under the Stored Communications Act, authorities had to meet a lesser standard: that there were “reasonable grounds to believe” that the records sought “are relevant and material to an ongoing criminal investigation.”

The government contends that its actions fit squarely with the Supreme Court’s prevailing precedents. In a 1979 decision in Smith v. Maryland, the court ruled that requesting records that showed the numbers called from a traditional home phone did not constitute what would be considered a “search” under the Fourth Amendment.

Because the caller’s information was voluntarily transmitted to a third party – the telephone company – he or she had no reasonable expectation that the numbers called would remain private. It is the same in Carpenter’s case, Solicitor General Noel Francisco told the Supreme Court.

“Cellphone users voluntarily reveal to their providers information about their proximity to cell towers so the providers can connect their calls,” the brief says. “Users cannot reasonably expect that the providers will not reveal that business information to the government.”

The companies are properly seen as potential witnesses to a crime, and requesting information from them should not require a warrant, the government argues.

If that is right, the companies are reluctant witnesses.

Leading technology companies ask the court to “refine” its Fourth Amendment doctrine to recognize that “in the evolving digital era, where such data is disclosed to or collected by service providers to provide technologies that are increasingly integrated into daily life, people reasonably expect that their data will be stored securely and remain private.”

While the technology companies take no position on Carpenter’s case, several organizations say the court should use it to curtail the government’s access to the records.

The “sweeping implication” of the government’s argument is troubling, said a brief filed by the Electronic Privacy Information Center and three dozen technology and legal experts. “Sensitive personal data – photos, emails, location information, or otherwise – does not become less private simply because a cellphone user entrusts that information to a communications service provider.”

“When the Supreme Court decided Smith, in the pre-dawn of the digital age, we didn’t know about the internet, smartphones, cloud computing, Facebook or Twitter,” Sachs wrote this week in The Washington Post. “No one involved in the case could foresee the digital revolution that was to come.”

There are indications those advocating a change will find a receptive audience.

In the GPS case decided in 2012, Justice Sonia Sotomayor wrote that cellphone records provide a “comprehensive record of a person’s public movements that reflects a wealth of detail about her familial, political, professional, religious… associations.”

Justice Samuel Alito noted the increasing use of closed-circuit television monitoring, devices that allow cars to whiz through toll plazas, tracking devices installed in case a vehicle is stolen and the GPS function of cellphones.

“The availability and use of these and other new devices will continue to shape the average person’s expectations about the privacy of his or her daily movements,” he wrote.

And in the court’s 2014 ruling on searches of cellphones, Roberts announced that the future had arrived.

Cellphones “are now such a pervasive and insistent part of daily life that the proverbial visitor from Mars might conclude they were an important feature of human anatomy,” the chief justice wrote.

The case is Carpenter v. U.S.