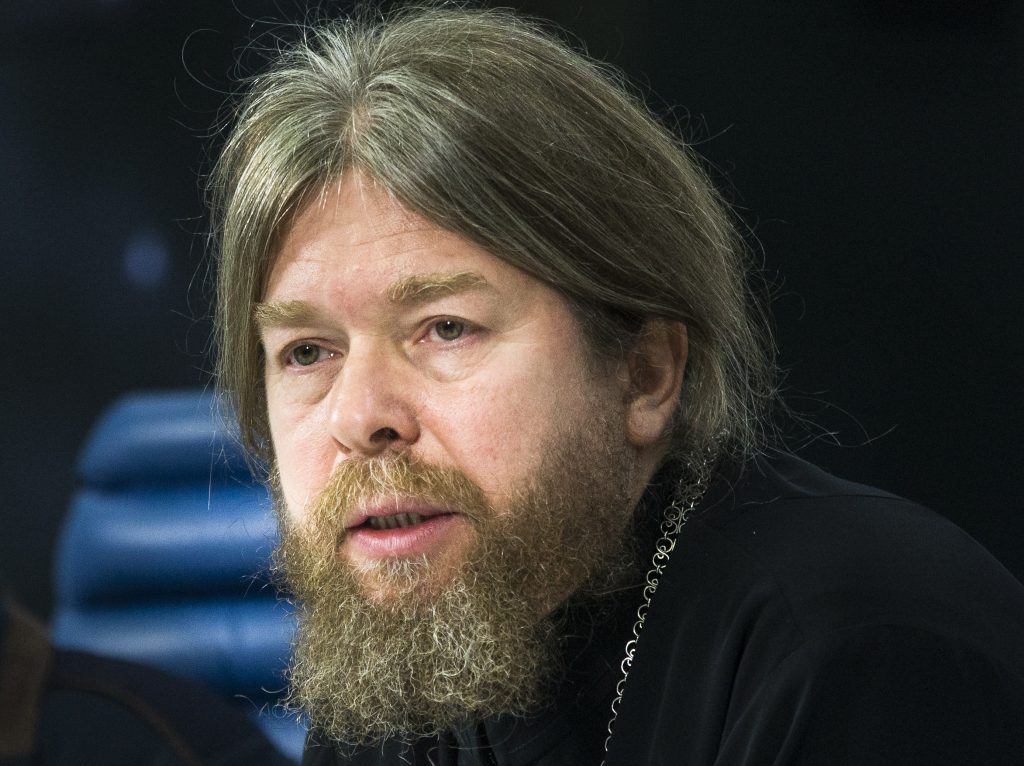 The head of a Russian Orthodox Church panel looking into the 1918 killing of Russia’s last czar and his family said it is investigating whether it was a ritual murder — a statement that has angered Jewish groups.

Father Tikhon Shevkunov, the Orthodox bishop heading the panel, said after Monday’s session that “a large share of the church commission members have no doubts that the murder was ritual.”

A representative of the Investigative Committee, Russia’s top state investigative agency, also said that it will conduct its own probe into the theory.

Boruch Gorin, a spokesman for the Federation of Jewish Communities, Russia’s largest Jewish group, expressed a strong concern Tuesday about the claims that he described as a “throwback to the darkest ages.”

Some Christians in medieval Europe believed that Jews murdered Christians to use their blood for ritual purposes, something which historians say has no basis in Jewish religious law or historical fact and instead reflected anti-Jewish hostility in Christian Europe.

Nicholas II, his wife and their five children were executed by a Bolshevik firing squad on July 17, 1918, in a basement room of a merchant’s house where they were held in the Ural Mountains city of Yekaterinburg. The Russian Orthodox Church made them saints in 2000.

The speculation that the czar and his family were killed by the Jews for ritual purposes long has been promoted by fringe anti-Semitic groups.

Gorin said his group was shocked and angered by the statements from both the bishop and the Investigative Committee, which he said sounded like a revival of the century-old “anti-Semitic myth” about the killing of the imperial family.

Russian Orthodox Church Patriarch Kirill attended Monday’s meeting of the church panel investigating the killing of the czar and his family. He didn’t address the issue of whether the killing was ritual, but emphasized that the church needs to find answers to all outstanding questions and “doesn’t have the right for mistakes.”

The bishop elaborated on his statement Tuesday, telling the state RIA Novosti news agency that the “Bolsheviks and their allies engaged in the most unexpected and diverse ritual symbolism.” He claimed that “quite a few people involved in the execution — in Moscow or Yekaterinburg — saw the killing of the deposed Russian emperor as a special ritual of revenge” and added that Yakov Yurovsky, the organizer of the execution, who was Jewish, later boasted about his “sacral historic mission.”

The conspiracy theories blaming the Jews for spearheading the Bolshevik revolution were popular among the post-revolution Russian émigrés and the Russian Orthodox Church abroad, and were later picked up by some hard-line nationalists after the Soviet collapse.

While Tikhon steered clear of singling out Jews as those responsible for the killing, Gorin said that the use of the term coined by anti-Semites of all stripes was “extremely alarming.”

“Bishop Tikhon’s invectives undoubtedly cast a shadow over the Russian Orthodox Church,” he said. “And a representative of the Investigative Committee talking about the same theory yesterday casts a shadow on the government as a whole.”

Gorin said he expects both the church leadership and Russian government officials to provide explanation.

Lyudmila Narusova, a member of the Russian upper house of parliament and the widow of St. Petersburg’s mayor, Anatoly Sobchak, also criticized the panel’s talk about the ritual murder of the czar’s family, saying that it was fomenting ethnic strife, according to the Interfax news agency.

Putin, who served as Sobchak’s deputy in the 1990s and maintained contacts with his family, is set to attend a meeting of top Russian Orthodox Church’s hierarchs later this week.

Under Putin’s rule, Russia’s Jewish community has enjoyed a revival after a wave of emigration to Israel and other countries before and after the 1991 collapse of the Soviet Union.