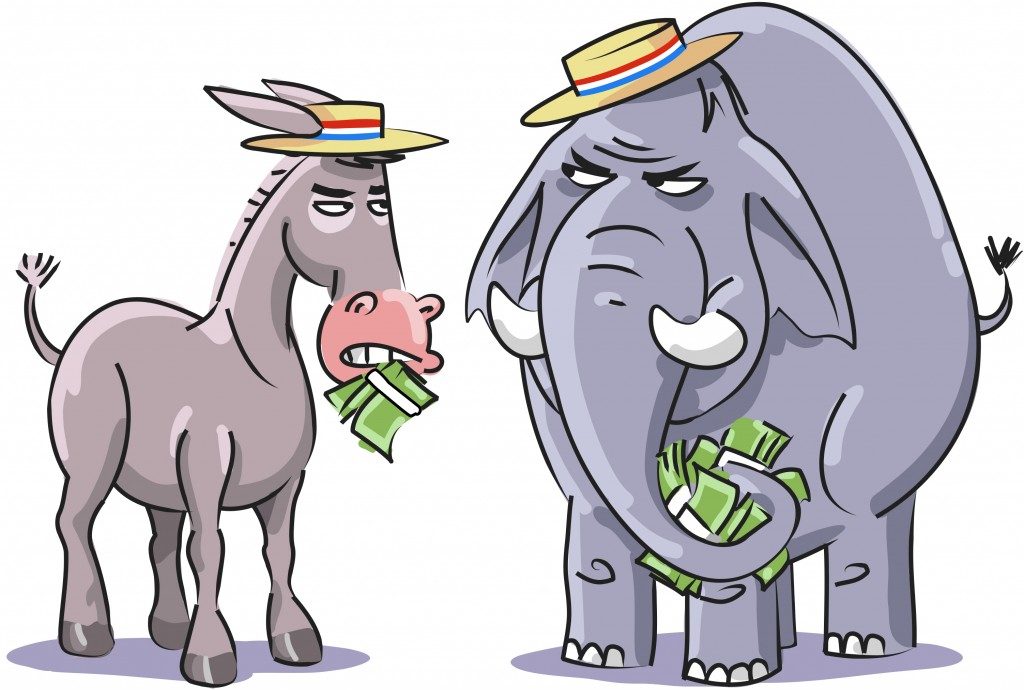 “Here are the rules: Ignore all rules.”

To this list of paradoxes you can add a whole selection of arguments related to the bill currently winding its way through the halls of D.C. related to the one thing in life that is certain — taxes.

Here’s my favorite: “Eliminating the individual mandate would knock 13 million people off insurance.”

Sounds terrible, this Republican plan, right? Why do they want to strip people of medical insurance after Obama worked so hard to get them on insurance rolls?

That’s until you realize that the “individual mandate” is not some archaic piece of the puzzle which, for some unknown reason, sending it to legislative purgatory would automatically rob Americans of their Obama-given rights to insurance.

The individual mandate, dear reader, is the penalty placed on you for not buying insurance. In other words, eliminating it is a good thing. As in, you no longer have to buy the stuff. So, 13 million people are card-carrying members of the Obamacare boondoggle simply because they were taxed into it. End the tax, you end the insurance.

Yet, sane people — elected officials, even, who get paid to decide on how you live your life — mindlessly repeat the mantra that “eliminating the individual mandate would knock 13 million people off insurance.”

Is the tax proposal as currently envisioned good for the Jews? I personally have no idea. I’m a political columnist, not an accountant. But from conversations I’ve had with accountants (“Open up a 1040. Now look at line 32a. Deduct that from 10b. Add it all together and then you have it.”) a complicated picture emerges.

Some parts will definitely not be good for a community of large, mostly middle-income families. Other parts will do us a lot of good. I’m not going into that.

What I do want to say is that since the arithmetic-challenged Obamacare law passed based on a series of falsehoods, since the Iran deal was rammed through based on falsehoods which only became apparent after it was too late, I am wary when falsehood is used to sell a federal program.

When nobody on the Democratic side was able to beef up Obama’s “if you want your doctor you can keep your doctor” with hard facts, there should have been red neon lights flashing.

There weren’t. Because it was a political manifesto, not a workable bill to get the majority of Americans insured for cheap as promised. Instead, it was designed to get a permanent Democratic majority, based on the banner that Teddy Roosevelt couldn’t do health-care reform but we got it done.

You know things are going wrong when opponents of the proposal resort to lying about it in order to rile up public opinion.

“Everybody complains about taxes,” to paraphrase 19th-century essayist Charles Dudley Warner, “but nobody does anything about it.”

Well, there’s a Republican mass in Washington now, with majorities in the House and Senate and a president in the White House. And they are determined to do something about a tax code which still takes our money based on a formula worked out in the 1980s. Then, rotary phones were hot items, the internet was just a series of tubes in a lab and station wagons were all the rage.

Here in New York state, Gov. Andrew Cuomo and Mayor Bill de Blasio are competing to be the more strident antagonist to President Trump, to be the fiercer opponent of his legislative efforts.

So it was politics as usual when Gov. Cuomo announced — more than once — that all nine Republican Congress members representing the state must vote against it when it comes up for a vote. Five of them ended up voting against. (Gov. Cuomo said that voters should vote them out anyhow — they should have resigned over the bill.)

But what caught my attention was Gov. Cuomo’s statement that he called “all” four Republicans from New York who had voted for the bill, and they had made it appear that political pressure was behind their vote.

Here’s Gov. Cuomo’s exact quote: “They all had the same line, which was, ‘Well, you know, my political leaders are forcing me to vote for it.’ You don’t work for your political leaders. You work for the people who elected you.” As an aside, this has been a longtime Democratic argument — we do the right thing while Republicans are after “special interests.”

The only thing, three of those Republicans say they never spoke with Gov. Cuomo. And the one who did — Tom Reed — said the issue of pressure never came up. “I knew the governor was a bully, but I didn’t know he was an outright liar,” says Reed.

Another Republican, Chris Collins, said he is so convinced of the plan’s benefits, “I will stake my career and election next year that 95 percent of the people in GLOW, in Erie County, will pay less in taxes. If they do? Vote for me. If they don’t? Then don’t vote for me. I have challenged the governor to make the same pledge. If under our plan you pay more in taxes, then the governor was right and you should re-elect him.”

Gov. Cuomo is against it because the bill would end most deductions for taxes paid to state and local governments. Reigning over the highest tax state in the country, Gov. Cuomo is fearful that New Yorkers will see their tax bills rise just as he is running for a third term next year.

Hey, Mr. Cuomo, I have a proposal. Let the deduction end and you see to it that taxes are cut to make up for it. Property taxes for us New Yorkers are sky high, sales taxes are a real nuisance, income taxes are a bite out of the ice cream cone which nobody appreciates. Give up your dream of running for president in 2020 as a progressive and go up on a platform as a tax cutter instead.

Robin Hood was no saint, you know. He was a thief.