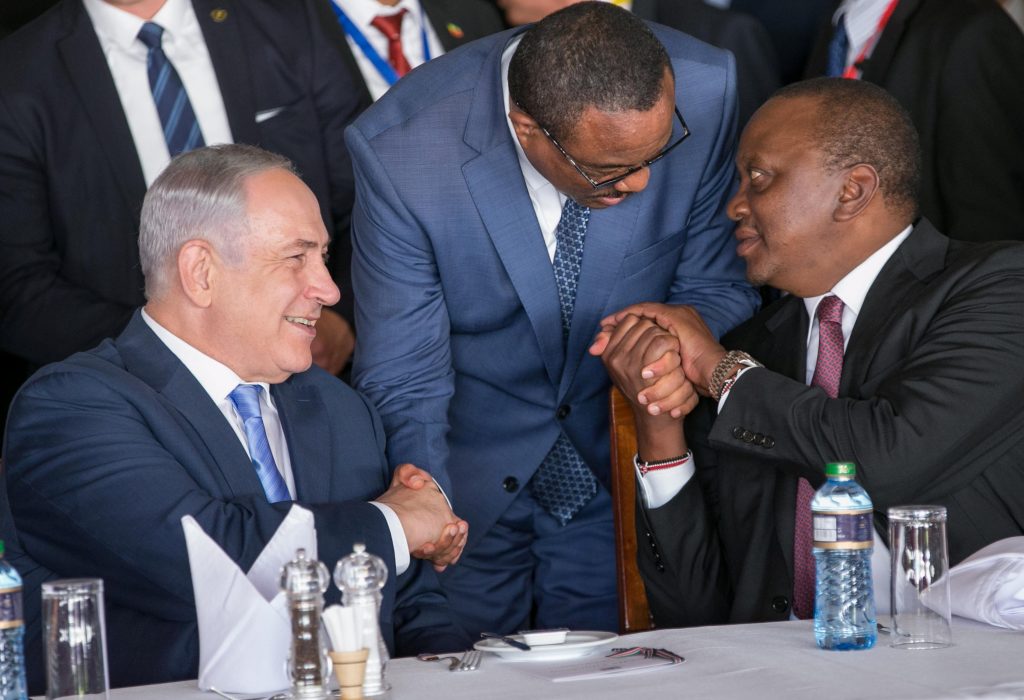 Netanyahu made the statement during his one-day visit to Nairobi, Kenya, on Tuesday for re-elected President Uhuru Kenyatta’s inauguration and for meetings with African leaders.

He hailed the new embassy as part of his ongoing program to “deepen cooperation between Israel and African countries.”

At least three people, including a 7-year-old boy, were reported killed in the Kenyan capital when police fired bullets and tear gas at protesters against what they allege was a rigged election.

However, inaugural ceremonies proceeded in spite of the turmoil. Netanyahu joined a number of African leaders for a festive luncheon and was scheduled to have bilateral meetings afterward with some of them.

Meanwhile, Israel and the U.S. are slated to sign a memorandum of understanding next week that will bring Israel into the Power Africa initiative, an international program to connect 60 million households in Africa to the electricity grid by 2030, according to The Times of Israel on Tuesday.

Israel’s participation will serve as a platform for Israeli energy firms to gain a significant foothold on the continent.

Yosef Abramowitz — whose company Energiya Global Capital is one of the founding partners of Power Africa — is already involved in $2 billion worth of solar and wind installation projects in 10 countries in Africa over the next five years.

“Israel is becoming a partner in one of the biggest aid programs available today, and this initiative is a result of Prime Minister Netanyahu’s policy to leverage Israeli ingenuity to strengthen diplomatic ties,” said Eli Groner, the director general at Israel’s Prime Minister’s Office.

He will be signing on for Israel, along with the U.S. Agency for International Development (USAID), in Yerushalayim on December 4.