Technology Kaspersky CEO Says He Would Leave If Russia Asked Him to Spy
Health, Science & Technology 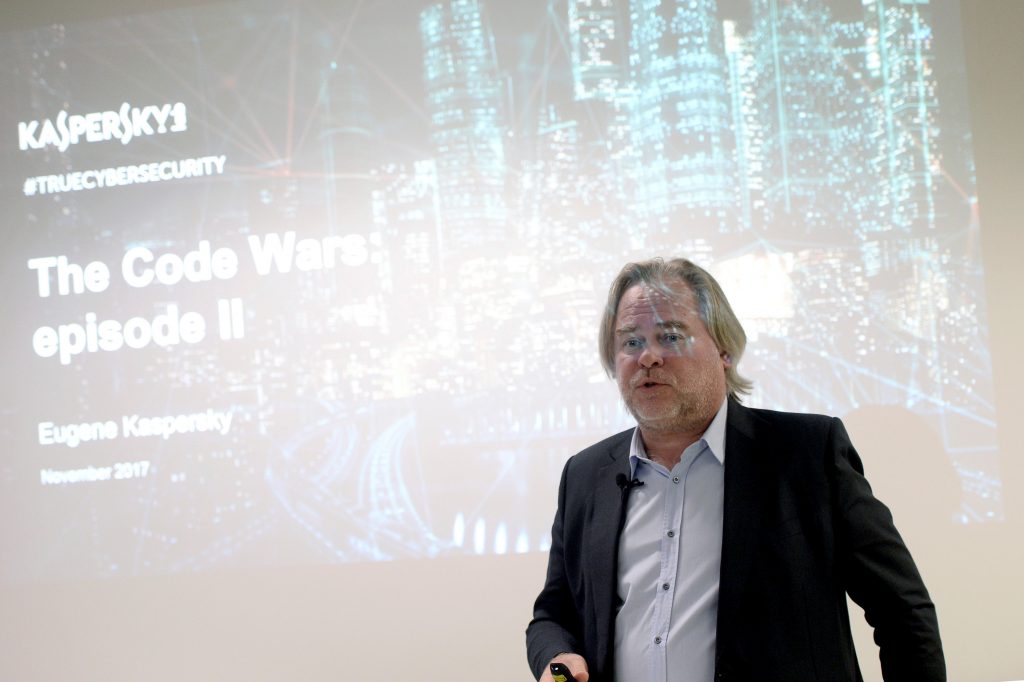 The founder of Moscow-based anti-virus software company Kaspersky Lab said on Tuesday he would quit Russia if its intelligence agencies ever asked his company to spy for it.

CEO Eugene Kaspersky said accusations his software had been used by Russian spies to steal American secrets had caused the company’s revenue to decline in North America, but said it was still growing in other parts of the world.

The U.S. Department of Homeland Security has banned government agencies from using Kaspersky Lab software, after concluding that the company’s anti-virus software had been used to copy sensitive files with American secrets.

The company and its founder Eugene Kaspersky have strongly denied they ever cooperated with Russian intelligence, although they have said their software inadvertently copied files containing U.S. data.

“Never, never,” the founder told reporters at a media briefing at the company’s offices in London, when asked if Russian intelligence agencies had ever asked him to help spy on the West. “They have never asked us to spy on people. Never.”

Kaspersky said his company had faced a “tsunami” of media reports and statements from the U.S. government which he said were misleading and unfounded.

Kaspersky said his company’s revenues would top $700 million globally this year. But revenue in North America would be about 5 to 8 percent lower this fiscal year than last year as a result of the U.S. accusations, he said.

Revenue in Europe is expected to be flat while revenue in the rest of the world would continue to see double-digit growth, he predicted.

Kaspersky, who studied in a KGB institute in Moscow, once served as an engineer for Soviet military intelligence (GRU) before founding his computer security company in the years following the 1991 fall of the Soviet Union. He has repeatedly denied that he has done any favors for his former spy colleagues.

“If the Russian government comes to me and asks me to (do) anything wrong, or my employees, I will move the business out of Russia,” Kaspersky said in English. “We never helped the espionage agencies, the Russians or any other nation.”

He said his products were “designed to stop attacks, to recognize malicious code, not to spy on our customers.”

Kaspersky, 52, said his company was initially confused and shocked by media reports about alleged collusion between his company and Russian intelligence.

He said Kaspersky security software inadvertently vacuumed up source code for malicious software on a computer of a Maryland-based Kaspersky software user in September 2014.

Once a researcher working nearby his office informed him that the code appeared to be tied to classified spying tools believed to be connected to the U.S. National Security Agency, Kaspersky said he immediate ordered the sample to be deleted.

Kaspersky said his company would fight to protect its reputation: “We will fight,” he said.