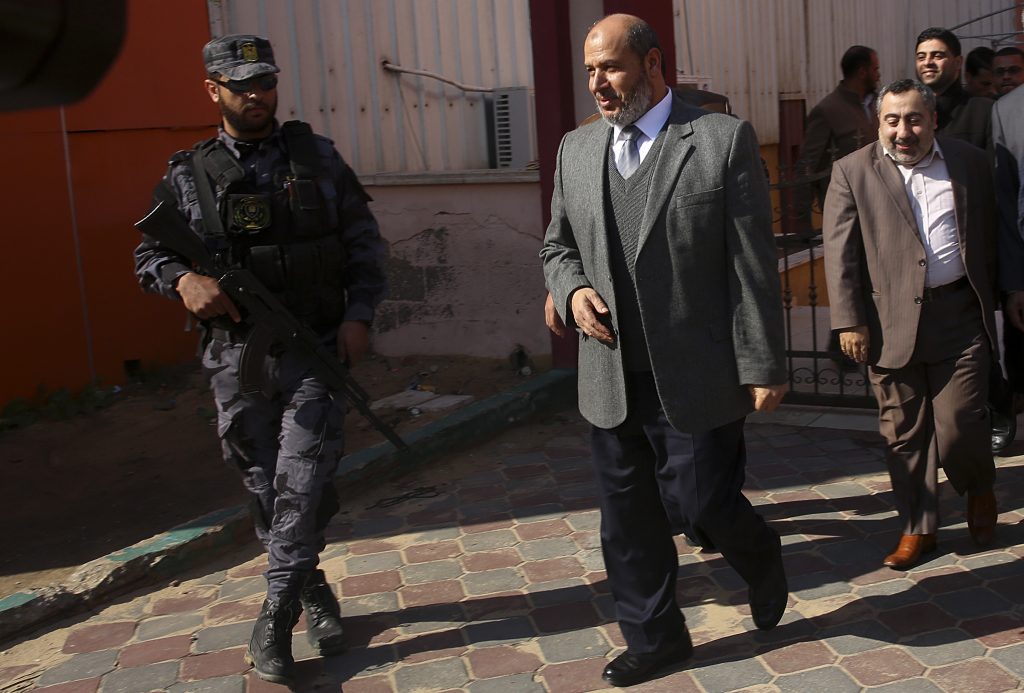 A senior official of the Egyptian Intelligence Services has arrived in the Gaza Strip to oversee implementation Hamas-Fatah unity deal signed recently in Cairo, The Jerusalem Post reported, citing Hamas-linked sources.
Gen. Hamam Abu Zeid, along with Egyptian Consul General in Ramallah Khalid Sami, entered Gaza on Monday afternoon, where he was welcomed by Hamas security chief in Gaza Tawfiq Abu Naim and senior Hamas official Ghazi Hamad, according to the report.

Implementation of the deal — which calls for a handover of administrative powers and security — has reportedly been slow, and the Egyptian participation is apparently needed to accelerate the process. According to the mid-October agreement, facilitated by Egyptian intelligence, complete transfer of responsibility for Gaza to the PA should be effected as of December 1.

Hamas and Fatah have been accusing each other of failing to live up to the agreement.

Maan, a Palestinian news outlet, quoted a security source as saying that Abu Zeid will stay in the Palestinian territories for several days to oversee the transfer.

Egypt is supposed to meet with the two factions during the first week of December for a joint review of the implementation process.