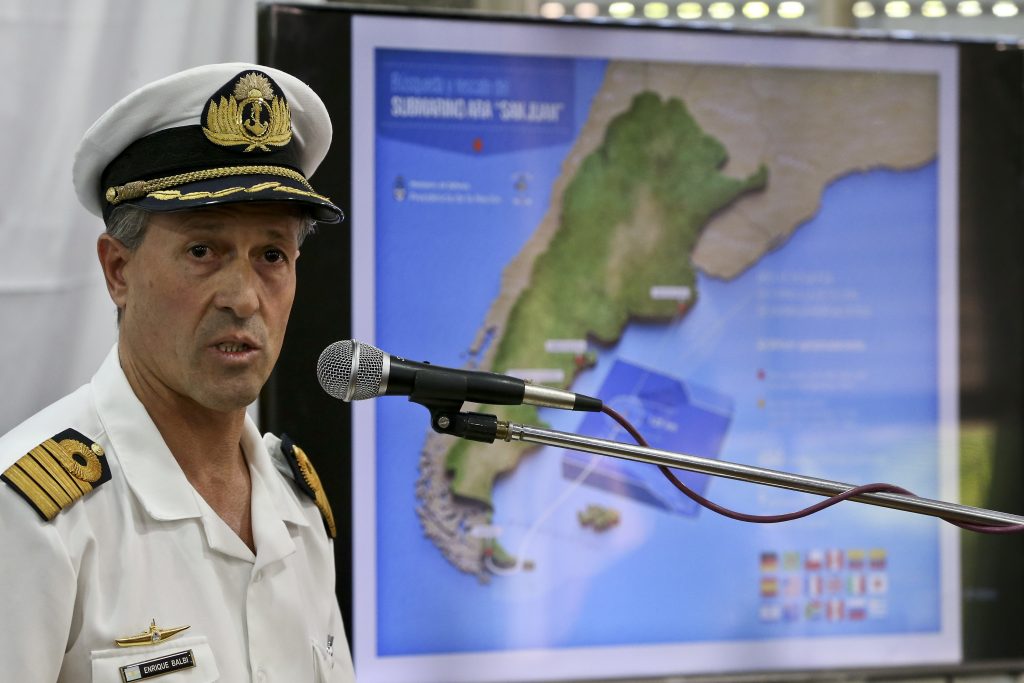 Argentina’s navy says that bad weather has delayed the arrival of a U.S. undersea rescue module at an area in the South Atlantic where an Argentine submarine went missing 13 days ago.

Navy spokesman Enrique Balbi said Tuesday that a Norwegian ship carrying the U.S. Navy’s underwater remotely operated vehicle and its pressurized rescue module would arrive at the search zone later in the day or Wednesday. It had been expected to arrive Monday.

The navy says an explosion occurred near the time and place where the ARA San Juan went missing on Nov. 15.

Experts say the 44 crew members only had enough oxygen to last up to 10 days if the sub remained intact but submerged.

More than a dozen countries are still searching for the sub.