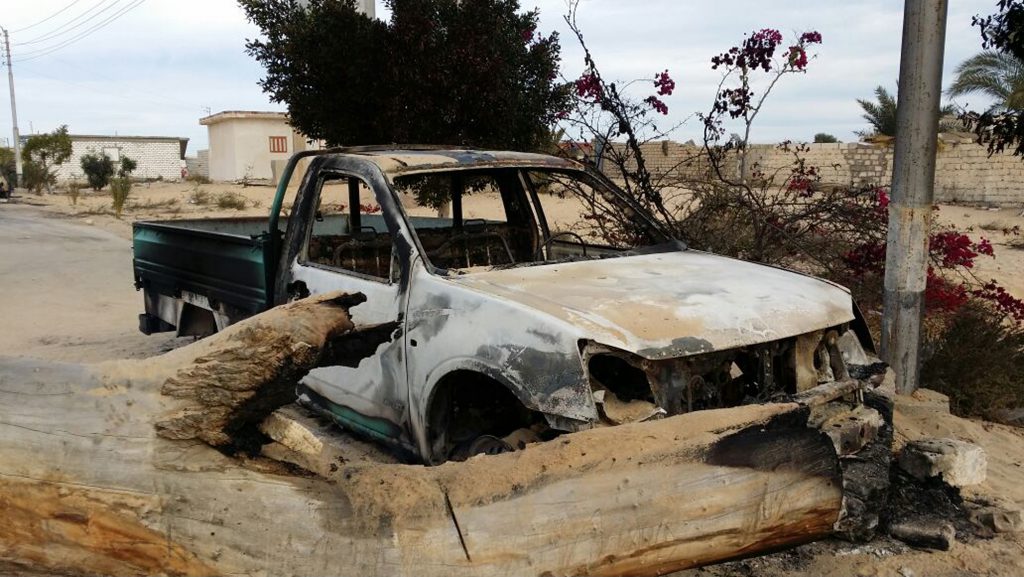 Israeli officials saw the Friday attack on a mosque in Sinai in which over 300 people were killed as more than just a specific terror attack. Officials quoted by Channel 10 said that the incident, which Islamic State forces were able to carry out “flawlessly,” indicates that the radical Muslim terror movement “is well-established in Sinai, which means that they are now on our border, and are likely to become our problem,” the officials said.

Egyptian sources have been analyzing the attack, and recriminations have been fast and furious, with various security and government officials and agencies blaming the other for failing to stop the attack, Channel 10 said. The Egyptian army began a major effort to root out Islamic State forces over the weekend, but Israeli officials said they expect things to get worse before they get better.

For Israel, that means dealing with a radical group that would be just as happy to carry out terror attacks in Israel as it is in Sinai or elsewhere, and is apparently well-embedded in the Bedouin population in Sinai. Although the currently-under-construction Sinai border fence has been effective in sharply reducing the number of illegals sneaking over the border into Israel, the Negev is not hermetically sealed from the south, and there are gaps where terrorists can pass though.

Foreign intelligence organizations, as well as the Mossad, have been warning Egypt for years that radical Muslim groups were making Sinai their home base, the report said, but Egypt had not taken the appropriate action against them. “Egypt gathers the information and sits on it,” the report said. “Egypt’s apparent incapability to deal with the problem has allowed Islamic State and other groups to strike roots in Sinai. This is a headache for Israel as well, as Sinai is literally on our doorstep. Egypt’s failure to enforce action against these groups will end up being Israel’s problem,” the report added.

Israel said in a statement that it “strongly condemned the horrific and criminal terrorist attack on the El-Rawda mosque near El-Arish.” In a statement, the Prime Minister’s Office said that it “sends condolences on behalf of the people of Israel to President el-Sissi, the Egyptian people and the families of the victims. Israel sends its best wishes for a speedy recovery to the injured. Terrorism will be defeated even more quickly if all countries work against it together,” the statement said.