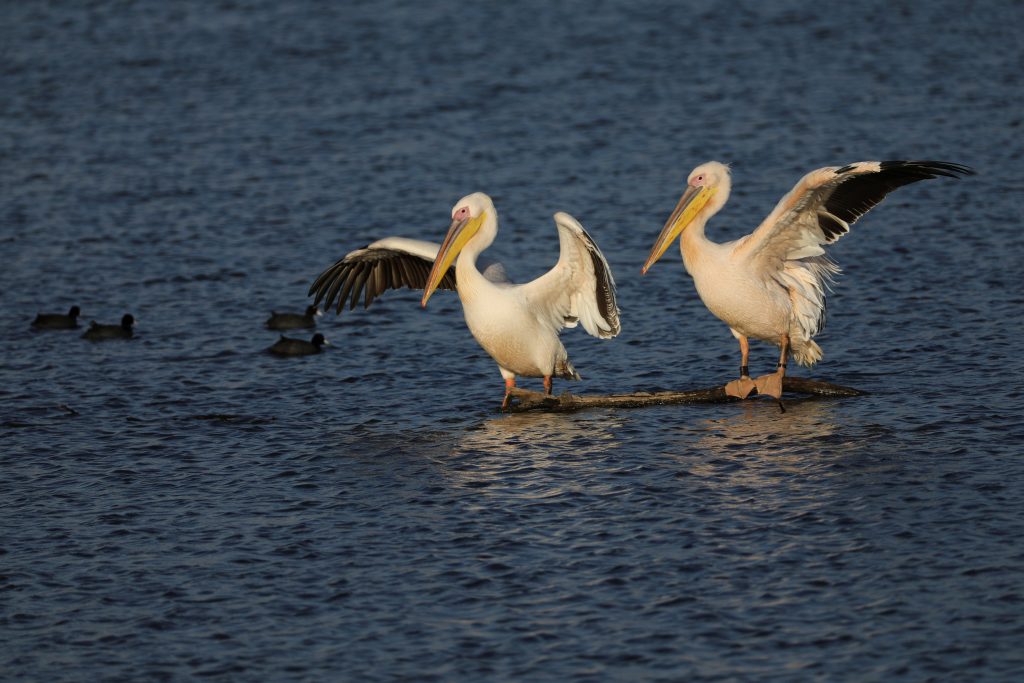 Changes in weather patterns are turning Israel into a permanent wintering ground for some of the 500 million migrating birds that used to stop over briefly before flying on to the warm plains of Africa, Israeli experts say.

The birds now prefer to stay longer in cooler areas rather than cross into Africa, where encroaching deserts and frequent droughts have made food more scarce.

“In the last few decades, Israel has become more than just a short stopover because many more birds and a greater number of species can no longer cross the desert,” said ornithologist Shay Agmon, avian coordinator for the wetlands park of Agamon Hula in northern Israel.

“They will stay here for longer and eventually the whole pattern of migration will change,” he predicted.

Cranes are one of the most abundant species to visit the Hula wetlands and Agmon said that the number that prefer to stay in Israel until the end of March has risen from less than 1,000 in the 1950s to some 45,000 currently.

Although migrating birds are a welcome attraction for ornithologists and tourists, their hunger for food from crop fields makes them a menace to farmers.

Workers at the lush Hula reserve, which lies in the Syrian-African Rift Valley, have lured the birds from surrounding fields by feeding them at the wetlands site and offering them a far more comfortable existence.

“If birds are not present, farmers will have to use more pesticides, which costs more money, kills birds, damages soil and contaminates the water. If one part of the environment is affected, the others collapse in a domino effect,” Leshem said.