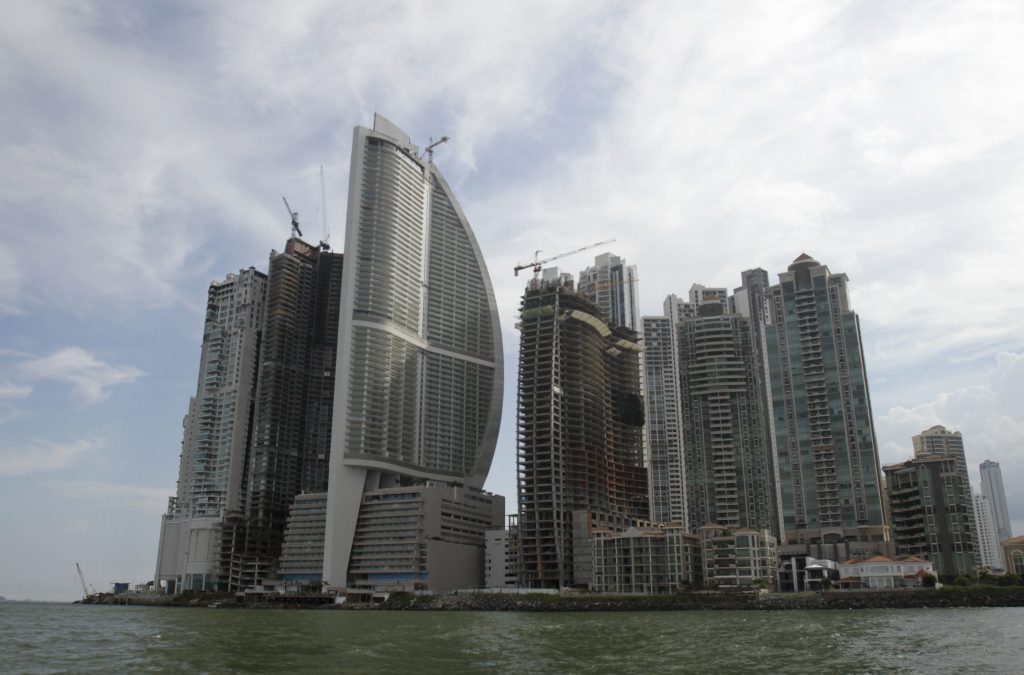 Owners of the Trump International Hotel in Panama are working to strip President Donald Trump’s name from the 70-story building and fire the hotel management company run by Trump’s family. The property once paid at least $32 million to associate with Trump.

The uprising by Panama hotel owners — following news that Trump was effectively being paid to end a similar management contract for the Trump Soho hotel in New York — points to continued struggles for the Trump brand outside strongholds like Mar-a-Lago in Florida and the Trump Hotel in Washington.

The Trump Organization acknowledged to The Associated Press the effort to strip away the Panama property’s management and brand. It said it believed the move was a contract violation.

“Not only do we have a valid, binding and enforceable long-term management agreement, but any suggestion that the hotel is not performing up to expectations is belied by the actual facts,” the Trump Organization said in a statement.

Located on Panama City’s waterfront, the Trump hotel is within a 70-story tower in the shape of a wind-filled sail. Despite lavish amenities — visitors can sip drinks next to a 65th-floor, edgeless pool that appears to float above the ocean — it has struggled with poor occupancy.

“I bought there because I thought Trump’s name made it a safe investment,” said Al Monstavicius, a retired Nevada doctor who owns a penthouse hotel unit in the Panama project. “But Latinos are a real problem for him in Panama.”

Before the bulks sale of previously unsold units until earlier this year, the owners of the remaining units in the 369-room condominium hotel lacked the votes to control its management. In August, investment firm Ithaca Capital Partners of Miami, Florida, paid the Panama project’s struggling developer an undisclosed sum for the property’s restaurants, conference center and 202 long-unsold condo hotel units, giving Ithaca a singlehanded majority of the hotel owners’ votes.

At the time of the purchase, Ithaca’s managing director, Orestes Fintiklis, said his firm looked forward to working with both the other unit owners and Trump’s management team. At an owners’ meeting in October, however, Ithaca’s representatives proposed removing the Trump Organization’s directors from the hotel board and sending a notice of default to Trump, the first step in terminating Trump’s relationship with the property.

Ithaca did not respond to emails last week and Monday, and there is no public listing for the company or its managing director. No one voted against Ithaca’s proposal, according to three people who were present or voted by proxy.

“They were given 30 days to cure,” said Jeffrey Rabiea, a New York businessman who owns three units in the building. It was unclear whether owners sent Trump a formal default notice. Rabiea said Ithaca and the owners were already searching for a new hotel operator to run the property under a different brand.

Monstavicius, who said occupancy in his penthouse hotel suite has been running at only 30 percent in recent months, praised the move to oust Trump.

“It can’t get any worse,” said Monstavicius.

Both men, along with another owner who spoke to AP on condition of anonymity over litigation concerns, said that their units were not profitable with occupancy rates too low even to cover the cost of their units’ maintenance.

Trump responded with an arbitration demand for millions of dollars in damages, but the claim was ultimately settled, and Trump remained manager of the hotel component of the tower.

Trump’s company at the time threatened to sue the AP over its coverage, saying the reporting had damaged Trump’s business interests. No lawsuit was ever filed, and Trump never identified or alleged factual errors in AP’s coverage.

The termination would mark a new setback for the Trump family’s hotel business, which already lacked the scale of major international chains catering to business travelers. The family announced two new hotel brands after the presidential election — Scion and American Idea — and said it has already signed dozens of letters of intent with prospective licensees, but tangible progress in the form of permits and construction has been scarce.