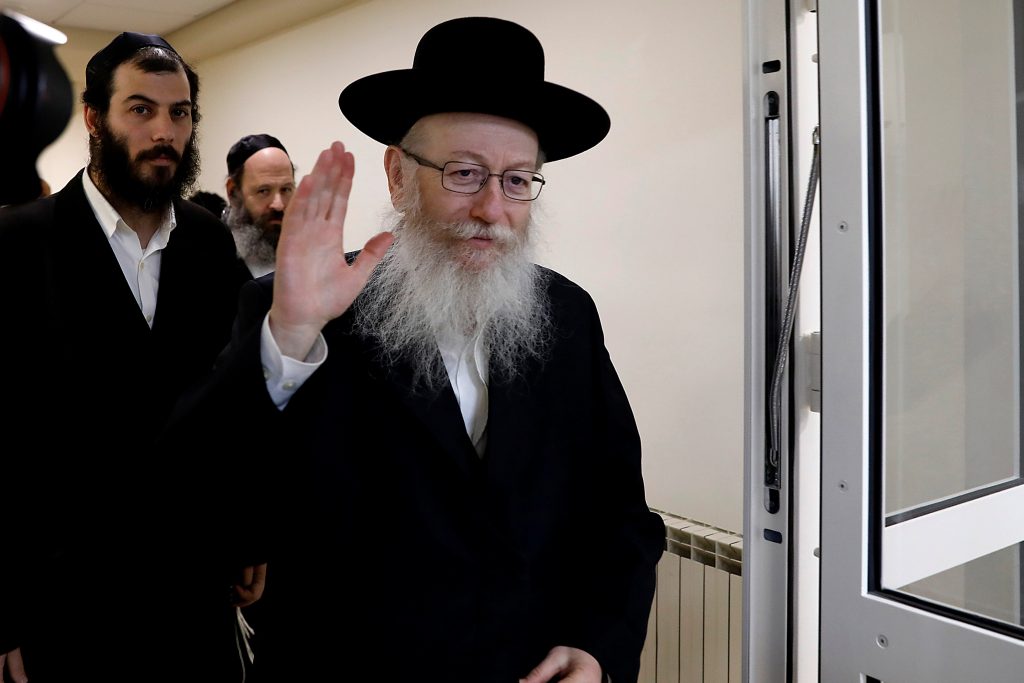 Rabbi Yaakov Litzman submitted his resignation letter Sunday morning to Cabinet Secretary Tzachi Braverman in protest against the infrastructure railway work performed this Shabbos. His resignation comes into effect 48 hours after submitting it.

Rabbi Litzman announced on Friday that he would be resigning when no resolution could be found to the issue of construction work during Shabbos on the Israel Railways.

Prime Minister Binyamin Netanyahu said at Sunday’s Cabinet meeting – sans Rabbi Litzman – that he will serve as health minister in the interim.

Rabbi Litzman stressed that when it comes to chillul Shabbos, there can be no compromise. “I am taking Shabbos all the way,” he said. “The railway people think they are fooling us; they have decided to make Shabbos the ‘national renovations day.’ All the work can also be done not on Shabbos.”

It was noted that the Israel Railways carried out chillul Shabbos, which, even in the opinion of senior Likud officials, would not be considered “pikuach nefesh.” These included work on the Tel Aviv-Yerushalayim rail line, where Jews carried out work during Shabbos, lo aleinu, with the only explanation being the need to meet the goal of opening the railway line in 2018.

He noted that although the chareidi community has what to lose if the coalition falls apart, we have always known that shemiras Shabbos is above all.

“If our partnership in the government cannot allow us to uphold the status quo and prevent chillul Shabbos, we have nothing more to seek in the government,” wrote Rabbi Litzman in his letter.

“I cannot take responsibility for chillulei Shabbos that are contrary to the status quo, violate the values ​​of Jewish tradition and constitute a red line.

“I have tried to prevent chillul Shabbos in every way possible, but I can no longer bear ministerial responsibility for such flagrant violation of the eternal values ​​of the Jewish people, one of which is Shabbos,” he adds. “I leave my position with a raised head and a sense of Jewish mission.

“I am happy that I had the opportunity to improve and promote the health system in Israel and I will continue to work for all Israeli citizens in every way and in every place,” he signs off his letter.

For several months, the chareidi parties have protested the government’s ongoing flouting of agreements and understandings reached to eliminate public chillulei Shabbos, such as railway infrastructure work despite there being no pikuach nefesh involved. All attempts to appeal to the various ministers or the special government committee that was established for this purpose have thus far, unfortunately, been fruitless.