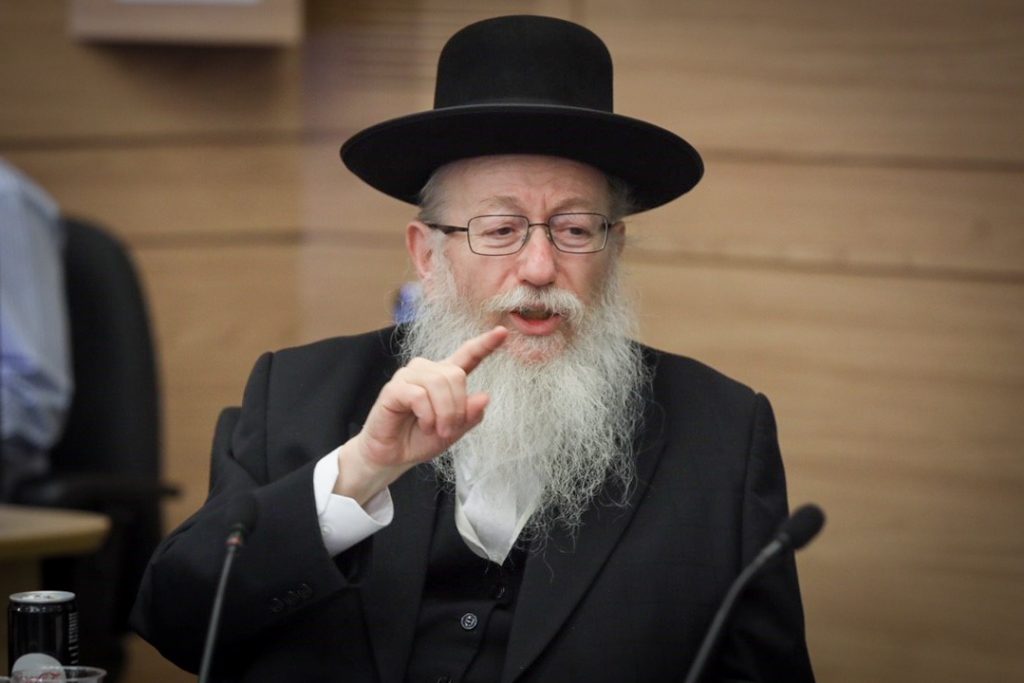 With the resignation of Health Minister Rabbi Yaakov Litzman, MKs and ministers from the coalition expressed regret that the United Torah Judaism MK would no longer be managing the country’s health system, even as Prime Minister Binyamin Netanyahu expressed hope that his coalition would remain intact. Ministers praised Rabbi Litzman’s professionalism and determination in introducing important reforms in Israel’s health care system, including instituting free dental care for children, and spearheading efforts to encourage healthier eating among Israelis.

Netanyahu will take possession of the health portfolio, and according to government officials quoted on Israel Radio he is doing so in order to keep the position of Health Minister available for Rabbi Litzman, should the government be able to resolve the issues of chillul Shabbos in maintaining the train system, the reason for Rabbi Litzman’s resignation. In an interview on Israel Radio, Rabbi Litzman said if the government wanted to, it could do something to stop the Shabbos work. “Work on Shabbos is a violation of halachah and of the status quo. Unfortunately Israel Railways has in recent months turned Shabbos into ‘national repair day.’ They keep all their repairs for Shabbos, and this is not necessary for the operations of the railways.”

“I regret the decision,” Netanyahu said at Sunday’s cabinet meeting. “He was an excellent minister who cared greatly for the health of Israelis. This has been a wonderful government, the best ever for Israel, and I know that all parts of the coalition think this and want to preserve the coalition,” he added, expressing hope that UTJ would remain in the coalition despite Rabbi Litzman’s resignation.

Finance Minister Moshe Kahlon said that he was sorry that Rabbi Litzman would no longer be a member of the cabinet. “I have no doubt that a solution will be found” to the issue of railroad maintenance on Shabbos, he said. “I spoke with him and I am set to meet him on Monday.” Regional Cooperation Minister Tzachi Hanegbi said that “he was a valuable member of the cabinet and I hope he will return soon. The Prime Minister is managing this crisis personally, and we trust that he will find the way to resolve the matter.” Culture and Sport Minister Miri Regev said that she had told Rabbi Litzman that “we don’t want you to leave. I believe he will come back at some point.”