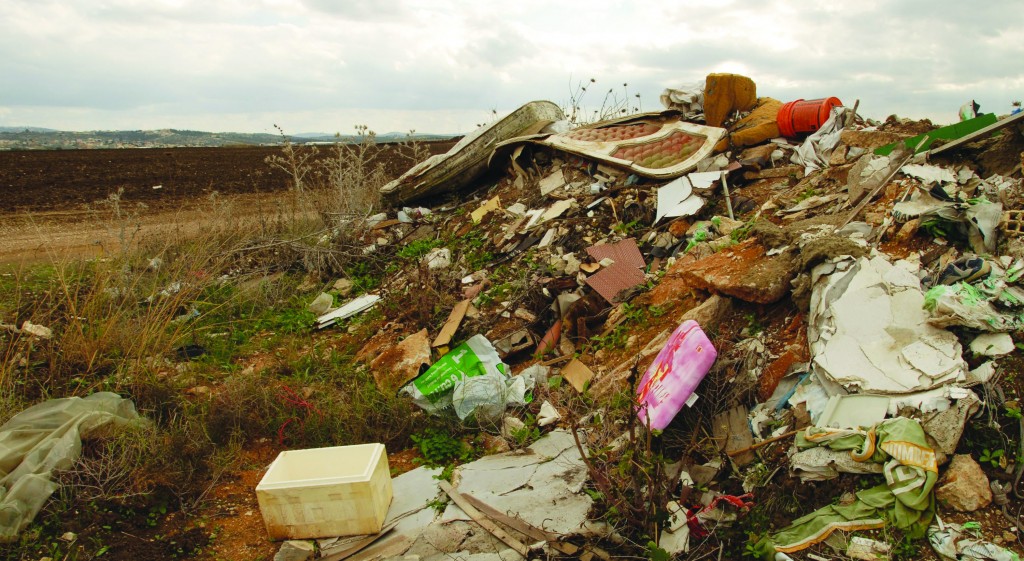 At a special meeting organized by Petach Tikvah Mayor Itzik Braverman, mayors of cities in the Sharon and Dan areas met with Knesset members and other officials to discuss ways of reducing air pollution emanating from illegal garbage dumps in Palestinian Authority-controlled areas adjacent to Israeli cities. “Children wake up at night with red eyes and shortness of breath,” Braverman said at the meeting. “The pollution is very disturbing to our residents and is making life intolerable. Just as there is a special security cabinet to deal with security issues, we need an environmental cabinet to deal with problems like this.”

According to Braverman, the pollution is caused by the burning of trash in Palestinian Authority-controlled villages adjacent to the 1967 ceasefire lines, where the PA is responsible for civilian affairs. While burning trash is generally prohibited in Israel, the PA does not enforce anti-pollution laws, and included in the trash are substances that produce dangerous chemicals when they are burned.

Other mayors and municipal officials also sounded off on the matter. “If Israeli forces can track down suspects in PA-controlled areas, they can also track down the source of these terror sources,” said Chai Adiv, mayor of Hod Hasharon. According to acting mayor of Kfar Saba Tzvika Tzarfati, “When they shoot at us we die quickly, but when they pollute us to death we die slowly.”

Attending the event was MK David Bitan (Likud), chairman of the coalition, who said that “this is for all intents and purposes terror that the state must deal with. Next month we will hold a discussion on this in the Knesset, to be attended by mayors and community leaders affected by this problem. This form of terror has the capacity to kill more people more quickly than ‘regular’ terror, and we will allocate money to deal with this problem.”