World FOCUS: Hezbollah, on the Rise in Lebanon, Fends Off Saudi Arabia
World 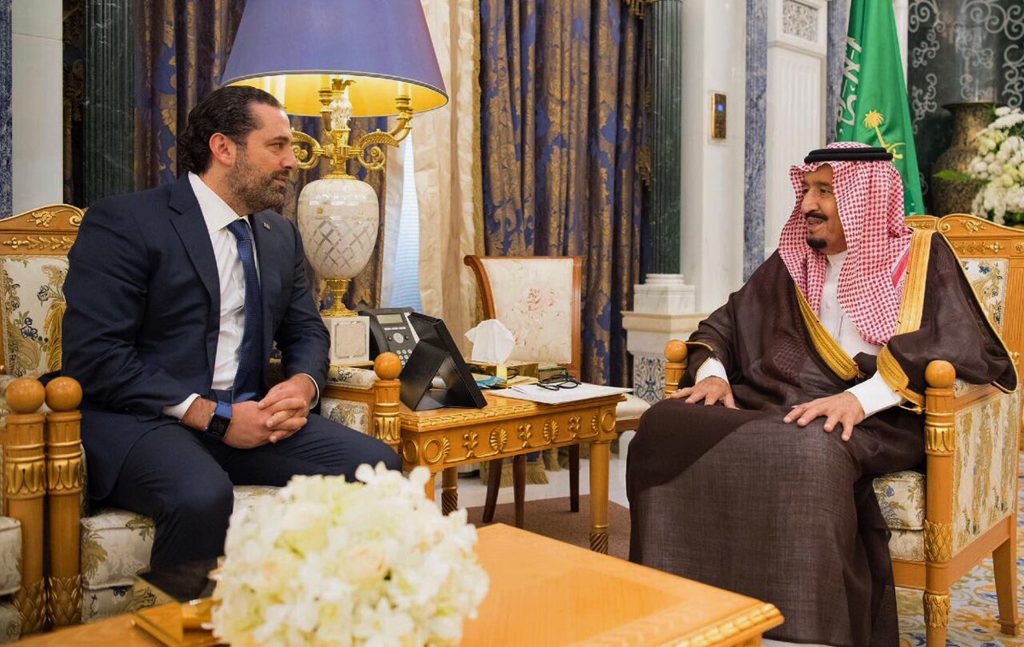 Even as Arab countries step up pressure on Hezbollah for its ties to Iran, the Lebanese Shiite terrorist group has cemented its status as a regional power, projecting military strength beyond Lebanon’s borders and weathering political crises at home.

The group’s rise comes as Iran and Saudi Arabia vie for hegemony in the region, intensifying conflicts from Syria to Yemen. Saudi Arabia sees Hezbollah as Iran’s most potent proxy, and in recent weeks has spearheaded an effort to isolate the movement.

But Hezbollah’s dominant position was made apparent this month in the ongoing saga of Lebanon’s prime minister, Saad Hariri.

Instead, it rallied Lebanon in support of its prime minister and cast Hezbollah as the stabilizing force. On Wednesday, Hariri announced he was suspending his resignation as he held talks with Lebanese President Michel Aoun.

Now Hezbollah is set to potentially benefit from the turmoil, using its political and military prowess, and vast social networks in Lebanon, to entrench itself further. From its strongholds in southern Lebanon, where it made its name fighting Israeli troops, to the battlefields of Syria, Hezbollah is ascendant, with few able to challenge it.

“The Saudis hoped that Hariri’s resignation would create an electroshock … that the cabinet would be immediately dissolved, and Hezbollah and its allies would have to step down from ministries and other important positions of power,” said Raphaël Lefèvre, a nonresident scholar at the Carnegie Middle East Center. “Of course, this never happened.”

Hezbollah became stronger after the Syrian war began, when it joined forces with Syria’s Iranian-backed government to battle Sunni rebels, he said. And “its influence in the heart of Lebanon’s security institutions is certainly greater than ever before.”

A nation of just 6 million, Lebanon is governed through a power-sharing agreement among the country’s main religious groups: Christians, and Sunni and Shiite Muslims. The prime minister is Sunni. The speaker of parliament, a Shiite, and the Christian president are both Hezbollah allies. Hezbollah holds 10 seats in parliament and two cabinet positions.

But the movement also draws strength from outside Lebanon’s formal power structures, where it is at once social provider and political kingmaker, as well as a fearsome non-state army and Iranian-backed proxy.

Its capabilities arguably eclipse those of the Lebanese Armed Forces, and its social services – from schools to charities and technical assistance to farmers – have cultivated fierce loyalty among Shiites and other communities.

“Hezbollah thrives, of course, on its position of being a state within a state, an alternative provider for all kinds of things,” said Heiko Wimmen, project director for Iraq, Lebanon and Syria at the International Crisis Group, a nonprofit that researches violent conflict.

In times of crisis, when Lebanon’s political institutions are weakened, “what Hezbollah provides for its constituencies becomes more important,” he said. “They are so firmly entrenched in their communities on the one hand, and they are so secure in their position vis-à-vis state institutions on the other.”

As a guerrilla force, Hezbollah traces its origins to Israel’s occupation of South Lebanon from 1985-2000, when attacks on Israeli troops prompted their eventual withdrawal from Lebanese territory. Hezbollah fought another war with Israel in 2006, one that ended in stalemate but raised its status as a capable deterrent force.

But it was the fighting in Syria that catapulted the group to its position as a trans-national organization with capabilities rivaling the region’s armies.

Hezbollah has lost thousands of fighters in Syria, “but it has also recruited many new members … and has gained new skills that turn it from a paramilitary group able to wage guerrilla operations into an actual mini-army,” Lefèvre said.

It now has its own tank divisions and special-operations units, coordinates with the Syrian and Russian armies in Syria, and leads complex offensives in hostile territories, he said. It also receives a steady flow of cash and weapons from Iran, where ruling Shiite clerics have nurtured Hezbollah’s rise.

As a result, Hezbollah has led offensive operations against Sunni extremists on the Syria-Lebanon border, coordinating with the Lebanese army but also relegating it to the background.

“Hezbollah was obliged to play this role, because whenever the Lebanese government doesn’t fulfill its duty to protect the people, somebody has to defend them,” said Mohammed Obeid, a political analyst who is close to Hezbollah.

In those offensives – in the Lebanese towns of Arsal and Qalamoun – Hezbollah and Lebanon’s army has expelled al-Qaeda and Islamic State-linked terrorists.

While it remains popular, particularly in the face of what many Lebanese see as Saudi aggression, Hezbollah needs to maintain nationwide support. The group has billed itself as a defender of all of Lebanon’s communities, and seeks to cultivate Sunni allies inside and outside the government.

Hariri, who is Sunni, has long been a Hezbollah opponent. But when he resigned from his post on Nov. 4, Hezbollah’s secretary general, Hassan Nasrallah, accused the Saudi government of detaining the embattled premier, and called for his immediate return home.

“Hezbollah definitely wants Sunni allies,” Wimmen said. “The whole outlook of the movement, at least on the surface, is not a sectarian one. ”

In the meantime, even some Lebanese who say they are not affiliated with Hezbollah are still ardent supporters of the group.

“When you get popular power, you get political power,” he said. “And Hezbollah gets better and stronger every single day.”