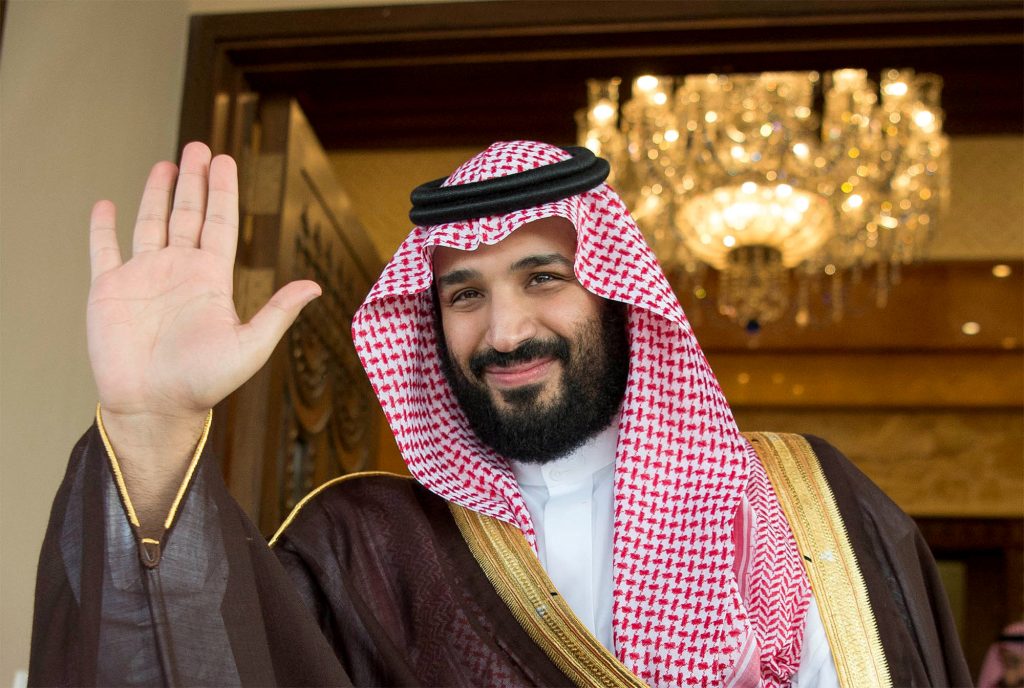 Saudi Arabia’s powerful Crown Prince called the Supreme Leader of Iran “the new Hitler of the Middle East” in an interview with The New York Times published on Thursday, sharply escalating the war of words between the archrivals.

The Sunni Muslim kingdom of Saudi Arabia and Shiite Iran back rival sides in wars and political crises throughout the region.

“But we learned from Europe that appeasement doesn’t work. We don’t want the new Hitler in Iran to repeat what happened in Europe in the Middle East,” the paper quoted him as saying.

Tensions soared this month when Lebanon’s Saudi-allied Prime Minister Saad Hariri resigned in a television broadcast from Riyadh, citing the influence of Iran-backed Hezbollah in Lebanon and risks to his life.

Hezbollah called the move an act of war engineered by Saudi authorities, an accusation they denied.

Hariri has since suspended his resignation.

Saudi Arabia has launched thousands of air strikes in a 2½-year-old war in neighboring Yemen to defeat the Iranian-aligned Houthi movement that seized broad swaths of the country.

Salman told The Times that the war was going in its favor and that its allies controlled 85 percent of Yemen’s territory.

The Houthis, however, still retain the main population centers despite the war effort by a Saudi-led military coalition which receives intelligence and refueling for its warplanes by the United States. Some 10,000 people have died in the conflict.

The group launched a ballistic missile toward Riyadh’s main airport on Nov. 4, which Saudi Arabia decried as an act of war by Tehran.

Bin Salman said in May that the kingdom would make sure any future struggle between the two countries “is waged in Iran.”

For his part, Khamenei has referred to the House of Saud as an “accursed tree,” and Iranian officials have accused the kingdom of spreading terrorism.