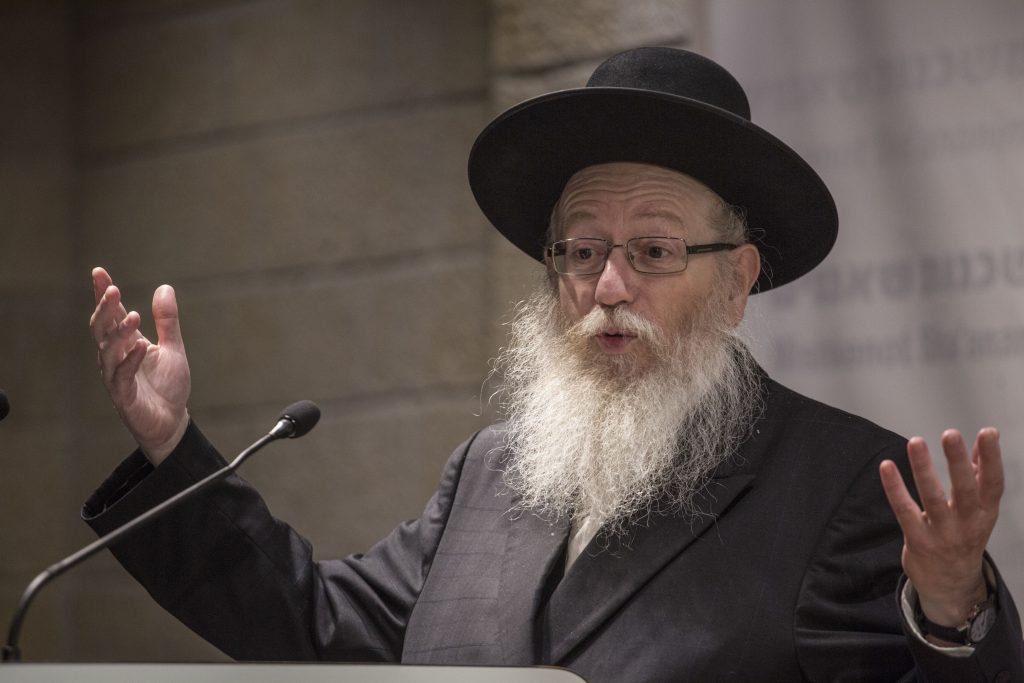 The ongoing talks over the last few days, between the chareidi representatives and Prime Minister Binyamin Netanyahu and other ministers, and the various solutions that were raised, all came to an end Friday morning with the announcement of Labor Minister Chaim Katz that he had approved infrastructure work on Shabbos on rail lines that he considered essential, leaving Minister Rabbi Yaakov Litzman no choice but to resign from the government on Sunday, if these works are actually done on Shabbos.

Last Friday, Minister Rabbbi Litzman said he would quit the government if infrastructural work on trains on the Dimona-Be’er Sheva line were permitted to proceed on Shabbos.

After coming to a compromise last week, using non-Jewish workers, Rabbi Litzman said that he would resign if a permanent solution is not found to prevent train maintenance work for this coming Shabbos. Even the smallest work on Shabbos, he said, will force him to resign.

Rabbi Litzman stressed that when it comes to chillul Shabbos, there can be no compromise.

“I am taking Shabbos all the way,” he said. “The railway people think they are fooling us; they have decided to make Shabbos the ‘national renovations day.’ All the work can also be done not on Shabbos.”

Rabbi Litzman has made it clear to the prime minister that he is serious about his intentions and announced that if the work was to be approved and undertaken on Shabbos, lo aleinu, he intended to resign from the government.

He noted that although the chareidi community has what to lose if the coalition falls apart, we have always known that shemiras Shabbos is above all.

“If our partnership in government can not allow us to uphold the status quo and prevent chillul Shabbos, we have nothing more to seek in the government,” said Rabbi Litzman.

For several months, the chareidi parties have protested the government’s ongoing flouting of agreements and understandings reached to eliminate public chillulei Shabbos, such as railway infrastructure work despite there being no pikuach nefesh involved. All attempts to appeal to the various ministers or the special government committee that was established for this purpose thus far have, unfortunately, been fruitless.