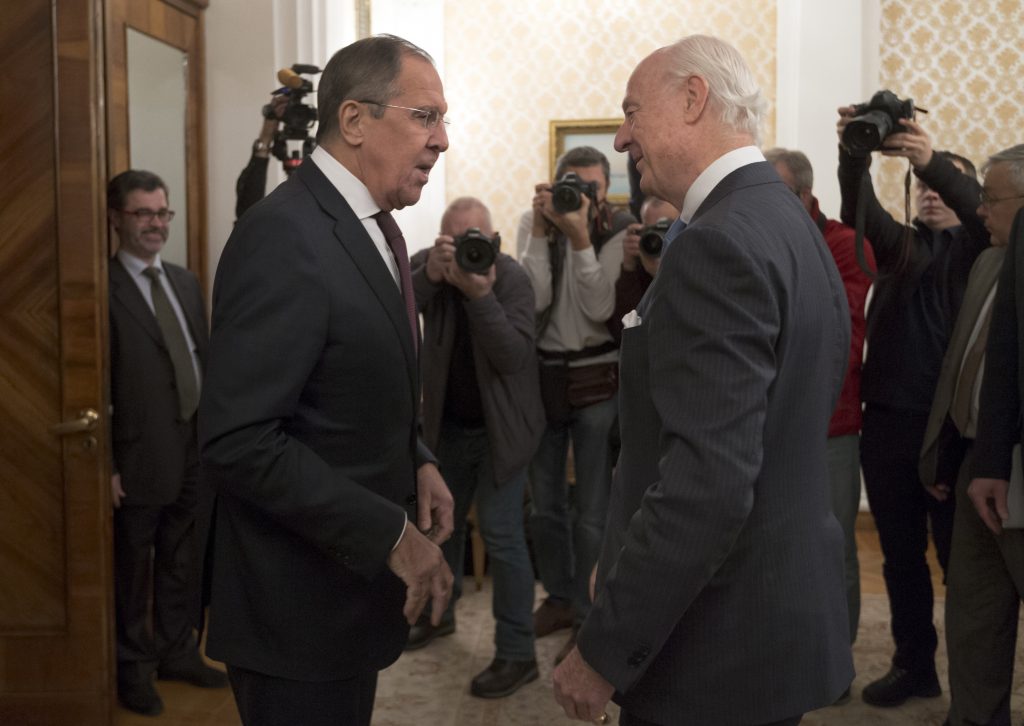 Syria’s fragmented opposition agreed to form a single bloc to negotiate with President Bashar Assad at a meeting in the Saudi capital of Riyadh, giving a boost to a Russian-led diplomatic drive to end the civil war that has gone on for 6-1/2 years

“We have agreed with the other two branches” of the opposition “to send a united delegation to take part in direct negotiations in Geneva” comprising 50 members, Bassma Kodmani, a leader of the High Negotiations Committee, the main anti-Assad group, said early Friday after two days of talks, Saudi-owned Al Arabiya reported.

The United Nations next week will convene a new round of peace negotiations in the Swiss city as Russia, which turned the war in Assad’s favor with a military intervention since 2015, accelerates efforts to end a conflict that’s killed 400,000 people and displaced millions. While U.S. President Donald Trump’s predecessor Barack Obama had demanded that the Syrian leader step down, the administration now says Assad’s departure isn’t a precondition for talks to end the war even if it sees no political future for him.

The Syrian opposition’s decision came at the end of a week in which Russian President Vladimir Putin met with Assad in the Black Sea resort of Sochi, then held a summit with his Iranian and Turkish counterparts to discuss a peace settlement that includes a new constitution and parliamentary and presidential elections. Putin also spoke with Trump and Saudi King Salman bin Abdulaziz, as well as with the leaders of Qatar, Israel and Egypt.

Russia and Iran are Assad’s main allies, while Turkey has backed armed groups seeking to overthrow him. The three powers, who’ve joined forces in ceasefire efforts in Syria, are the dominant players now, though differences remain between them. Iran is less willing than Russia to weaken Assad’s powers, while Turkey is seeking a green light to attack Kurdish groups in northern Syria that it views as terrorists linked to separatists inside its own borders.

The Kurds, supported by the U.S., have played a key role in defeating Islamic State. Russia has also praised their contribution to fighting terrorism and indicated support for some Kurdish regional autonomy.

The role of Saudi Arabia, which has also demanded Assad’s departure, has proved critical. The united opposition, which includes two groups less hostile to the Syrian regime, is likely to be a “tame” counterparty for Assad at the talks, according to Robert Ford, a former U.S. ambassador to Syria who’s now a fellow at Yale University and the Middle East Institute in Washington.

With the U.S. left mostly on the sidelines in diplomacy to end the war, Putin won Turkish and Iranian backing at the summit for Russian plans to host a peace conference in Sochi with Syrian government and opposition representatives. That meeting is likely to present a blueprint for the political settlement to be approved at the U.N.-led talks in Geneva.