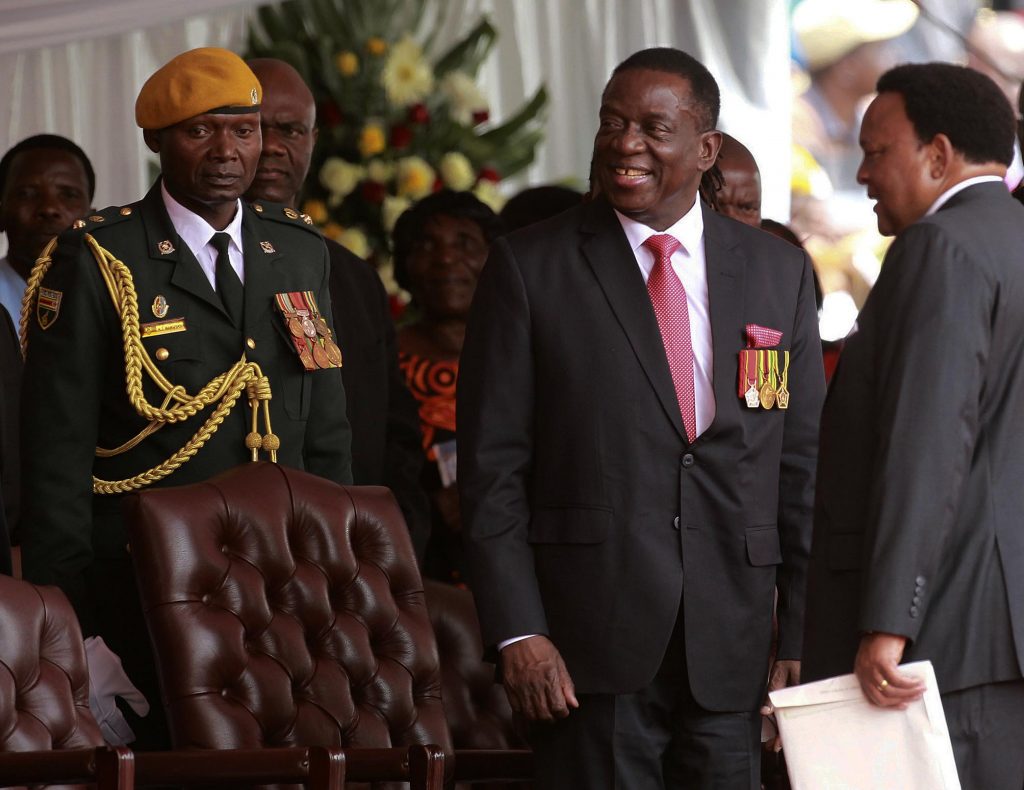 Emmerson Mnangagwa was sworn in on Friday as President of Zimbabwe in front of thousands of cheering supporters at Harare’s national stadium, bringing the final curtain down on the 37-year rule of Robert Mugabe.

Taking his oath of office, the 75-year-old former security chief known as “The Crocodile” vowed to uphold the constitution of the former British colony and protect the rights of all Zimbabwe’s 16 million citizens.

Even though most Zimbabweans celebrated the exit of 93-year-old Mugabe, who presided over the descent into penury and despotism of one of Africa’s brightest prospects, some are worried about the future under Mnangagwa.

In particular, they question his role in the so-called Gukurahundi massacres in Matabeleland in 1983, when an estimated 20,000 people were killed in a crackdown on Mugabe opponents by the North Korean-trained Fifth Brigade.

Mnangagwa has denied any part in the atrocities and since his return to Zimbabwe after two weeks in hiding has been preaching democracy, tolerance and respect for the rule of law.

“The people have spoken,” he told thousands of supporters on Wednesday at the headquarters of his ruling ZANU-PF party.

However, the army’s rough treatment of Mugabe loyalists – former finance minister Ignatius Chombo was hospitalized because of beatings sustained in military custody, his lawyer said – has not allayed concerns about Mnangagwa’s real views of democracy.

“It was a very brutal and draconian way of dealing with opponents,” Chombo’s lawyer, Lovemore Madhuku, told Reuters.

Mugabe, the world’s oldest serving head of state, resigned on Tuesday as parliament started to impeach him, a week to the day after the army stepped in to seize power.

Mnangagwa assured Mugabe he and his family would be safe in Zimbabwe when the two men spoke for the first time since Mnangagwa returned home this week, the state-owned The Herald newspaper reported on Friday.