Israel PM: Sephardic Sages Should Grace Next Round of Currency
Israel 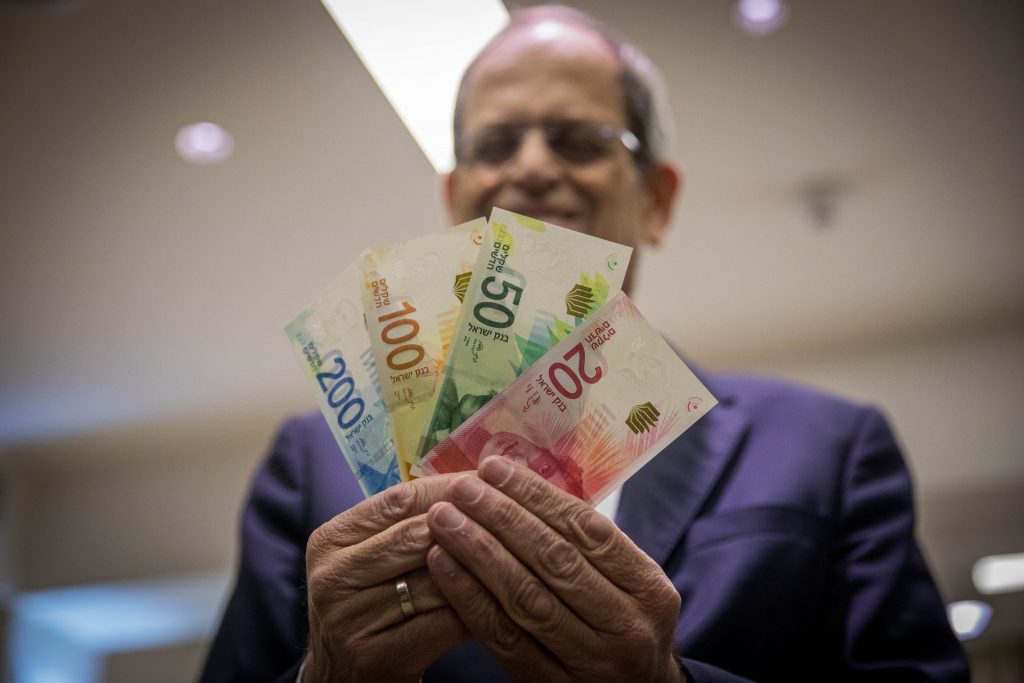 Bank of Israel director Karnit Flug herself injected the first new editions of the NIS 20 and NIS 100 currency into Israel’s economy by spending them on fruits and vegetables at Yerushalayim’s Machane Yehuda market Thursday morning. The new bills feature images of poets Rachel (Bluwstein) on the NIS 20 bill, and Leah Goldberg on the NIS 100 bill. Starting Thursday, Israelis who withdraw money from bank machines or teller desks will receive the new bills. The old bills will remain legal tender for at least the next five years, according to the Bank of Israel.

Meanwhile, Prime Minister Binyamin Netanyahu weighed in on the controversy of who is best suited to be featured on Israeli currency. The current set of bills — the new ones, as well as the previously released NIS 200 bill, with an image of Israeli poet Natan Alterman, and an NIS 50 bill, featuring author and poet Shaul Tchernikovsy — feature Israeli poets and authors, all of whom are of European Ashkenazic background.

That has prompted controversy among Israelis of Sephardic descent, who say that the currency ignores Sephardic contributions to Israeli culture — and P.M. Netanyahu said that he sides with those critics. On Wednesday, Flug presented him with the new bills. “I am waiting for the next round of currency redesign, which will feature the sages of the Sephardic world,” Netanyahu said, adding that “the value of our currency reflects the strength of our economy. The financial state of Israel, as managed jointly by the government of Israel and the Bank of Israel, is more stable than ever. We enter the third decade of the 21st century with great economic resources, and we will continue to manage them effectively.”

The new bills include security features that prevent counterfeiting, said Bank of Israel CEO Chezi Kalo. Among the clear identifying signs, he said, are a golden-toned serial number, a bright line running through the inside of the bill, and a reflective watermark — all of which require unique papers and inks that would be extremely difficult for non-government entities to obtain. There are other undisclosed security signs as well, the Bank said, so that even if some bills get through, counterfeiters will be identified by police and bankers immediately.