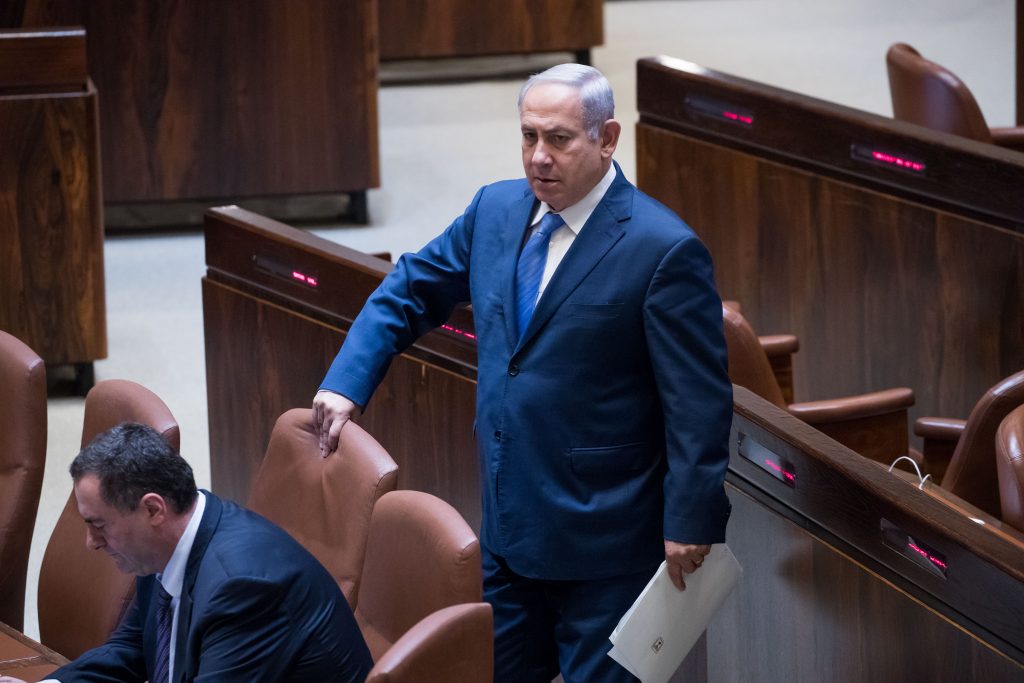 Deputy Foreign Minister Tzipi Hotovely’s job may be on the line after an open rebuke from Israeli Prime Minister Binyamin Netanyahu over a comment that he called offensive to American Jews on Thursday.

“Prime Minister Benjamin Netanyahu condemns Tzipi Hotovely’s offensive remarks regarding the American Jewish community. The Jews of the Diaspora are dear to us and are an inseparable part of our people. There is no place for such attacks, and her remarks do not reflect the position of the State of Israel.”

Earlier in the day, Hotovely, in response to a question about American Jews critical of Israeli policies, opined that “people that never send their children to fight for their country” could not understand the “complexity” of the Middle East.

“Most of the Jews don’t have children serving as soldiers, going to the Marines, going to Afghanistan or to Iraq,” she told an interviewer on i24 news.

“They don’t feel how it feels to be attacked by rockets, and I think part of it is to actually experience what Israel is dealing with on a daily basis,” said Hotovely, a member of Netanyahu’s Likud party.

Netanyahu was reportedly considering dismissing Hotovely from her position as a result of the gaffe.

As of Thursday evening, it did not appear that a statement issued by Hotovely’s office had settled the matter.

“There is great difficulty for people who don’t experience daily life in Israel to understand the Middle East. The gap is due to the different realities of life,” the statement said, and noted that the deputy minister had stressed the great importance she attaches to the connection between Israel and Diaspora Jewry.

Opposition politicians and Reform spokesmen rushed to condemn her comment. Zionist Camp chairman Avi Gabbay said her remarks were “miserable,” and used the opportunity to promote his campaign to unseat Netanyahu.

“Netanyahu already condemned her statements, but don’t be confused — she expresses the government’s decision to sacrifice relations with U.S. Jewry for petty politics,” Gabbay said. “We will return to power and fix what this government decided to destroy, including the critical alliance with U.S. Jewry.”