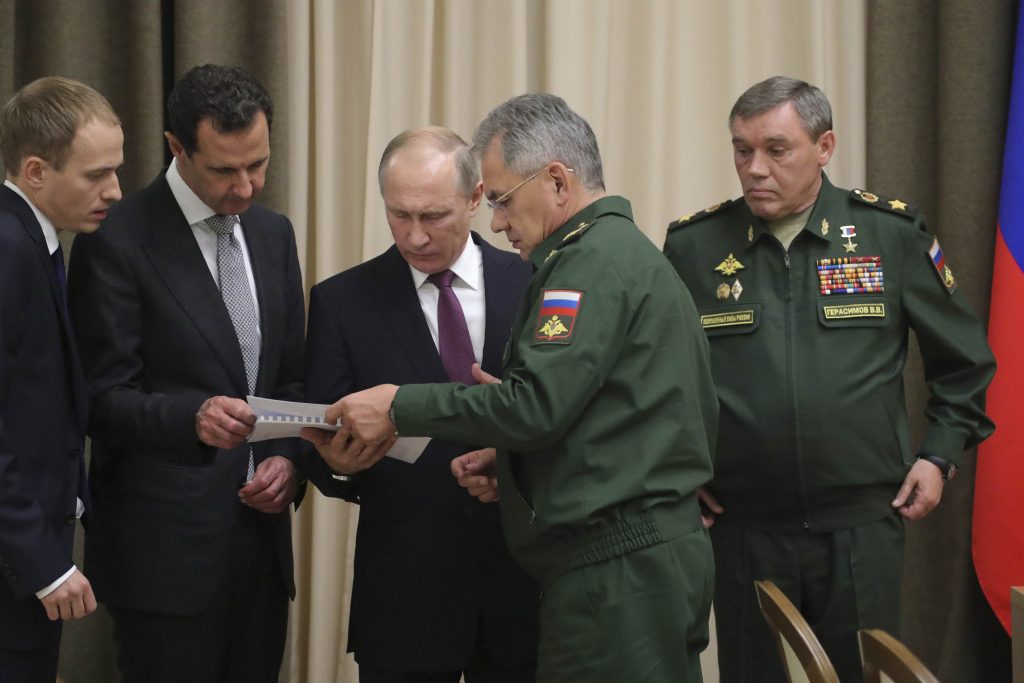 The size of Russia’s military force in Syria is likely to be significantly reduced and a drawdown could start before the end of the year, the chief of the Russian military general staff said on Thursday.

“There is very little left to do before the completion of military objectives. Of course, a decision will be made by the supreme commander-in-chief and the deployment will be reduced,” Valery Gerasimov told reporters on the sidelines of a meeting between President Vladimir Putin and military top brass in the Black Sea resort of Sochi.

Gerasimov said forces would likely be “substantially” reduced but leave Russia with two military bases, a ceasefire-monitoring center and “a number of necessary structures to support the situation which has developed” in Syria.

Putin hosted Assad in Sochi on Monday and discussed moving from military operations to a search for a political solution to Syria’s conflict.

On Wednesday, Putin won the backing of Turkey and Iran to host a Syrian peace conference, taking the central role in a major diplomatic push to finally end Syria’s civil war, now in its seventh year.

In March last year, Putin said Russia had achieved its goals in Syria and ordered the withdrawal of the “main part” of its forces. However, a U.S.-led coalition operating in Syria said that after that statement Russia’s combat power was largely intact.