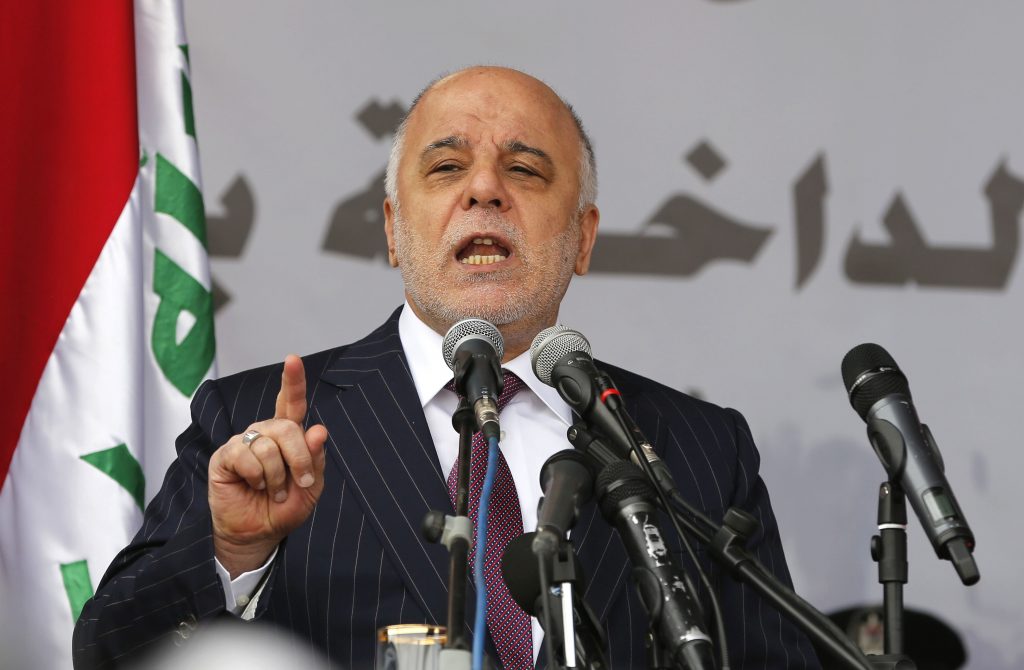 Iraqi forces launched an operation on Thursday to clear the desert bordering Syria of Islamic State in a final push to rid Iraq of the terror group, the military said.

Troops from the Iraqi army and Shiite Popular Mobilization Forces (PMF) were taking part in the campaign against terrorists hiding in a large strip of border land, Iraqi military officials said.

“The objective behind the operation is to prevent remaining Daesh groups from melting into the desert region and using it as a base for future attacks,” said army colonel Salah Kareem, referring to Islamic State by an Arabic acronym.

Iraqi Prime Minister Haider al-Abadi said on Tuesday that Islamic State terrorist group had been defeated from a military perspective but he would only declare final victory after IS terrorists were routed in the desert.

Iraqi forces on Friday captured the border town of Rawa, the last remaining town under Islamic State control, signaling the collapse of the group’s “caliphate” proclaimed after it overran much of Iraq’s north and west in 2014.

Iraqi army commanders say the military campaign will continue until all the frontier with Syria is secured, to prevent Islamic State from launching cross-border attacks.

“We will completely secure the desert from all terrorist groups of Daesh and declare Iraq clean of those germs,” said army Brigadier General Shakir Kadhim.

“We need to clean scattered villages from terrorists to make sure they no longer operate in the desert area with Syria,” said army Lieut. Col. Ahmed Fairs.

Iraqi military helicopters provided cover for the advancing troops and destroyed at least three vehicles used by Islamic State terrorists as they were trying to flee a village in the western desert, said the army officer.

Driven also from its other bastion in Syria’s Raqqa, Islamic State has since been gradually squeezed into an ever-shrinking pocket of desert straddling the Syria-Iraq frontier by a range of enemies that include most regional states and global powers.

The group’s leader, Abu Bakr al-Baghdadi, is believed to be hiding in the stretch of desert which runs along the border of both countries.