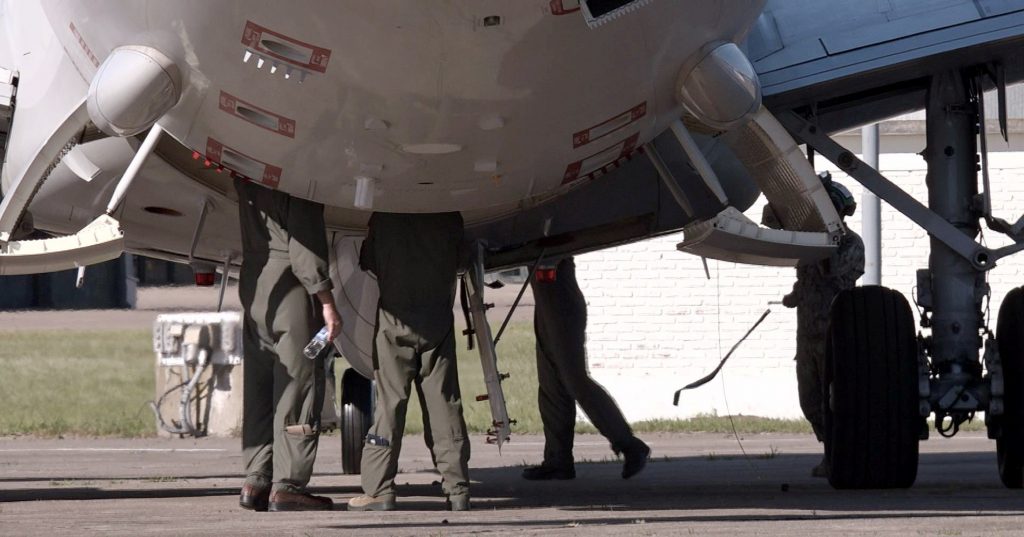 An object detected by a U.S. Navy plane near the area where a missing Argentinean navy submarine sent its last signal last week turned out not to be the missing vessel, a U.S. Embassy spokeswoman said on Thursday.

The object was spotted during a flight by the P-8A Poseidon, taking part in a the huge sea-and-air search for the ARA San Juan. The submarine was traveling in the South Atlantic with a crew of 44 and last transmitted a signal on Nov. 15.

The U.S. Navy plane, which returned to its base in Bahía Blanca, Argentina, late on Wednesday, was one of dozens of Argentinean and foreign boats and planes involved in the hunt. Concerns are growing that the submarine could be near the last of its seven-day oxygen supply.

Argentine authorities are analyzing an unusual noise detected near the area where the German-built vessel sent its last signal.

On Wednesday night, navy spokesman Enrique Balbi said results from an analysis conducted mainly in the United States of underwater sounds detected an “acoustic anomaly” in the area on the morning of Nov. 15, the same time the vessel disappeared.

Pressed on whether the sound could be described as an explosion, Balbi declined to comment and said authorities were continuing to investigate the sound.

Relatives of the crew members have gathered at a naval base in the coastal city of Mar del Plata, some 400 km (250 miles) south of Buenos Aires, where the search is being coordinated.

Argentineans have been gripped by the search, with local newspapers placing photographs on their front pages of crew members’ relatives praying.

The submarine was en route from Ushuaia, the southernmost city in the world, to Mar del Plata when it reported an electrical malfunction shortly before disappearing last week. The submarine was launched in 1983 and underwent maintenance in 2008 in Argentina.

The disappearance has highlighted the dwindling resources and lack of training faced by the country’s armed forces since the end of a military dictatorship in the early 1980s.