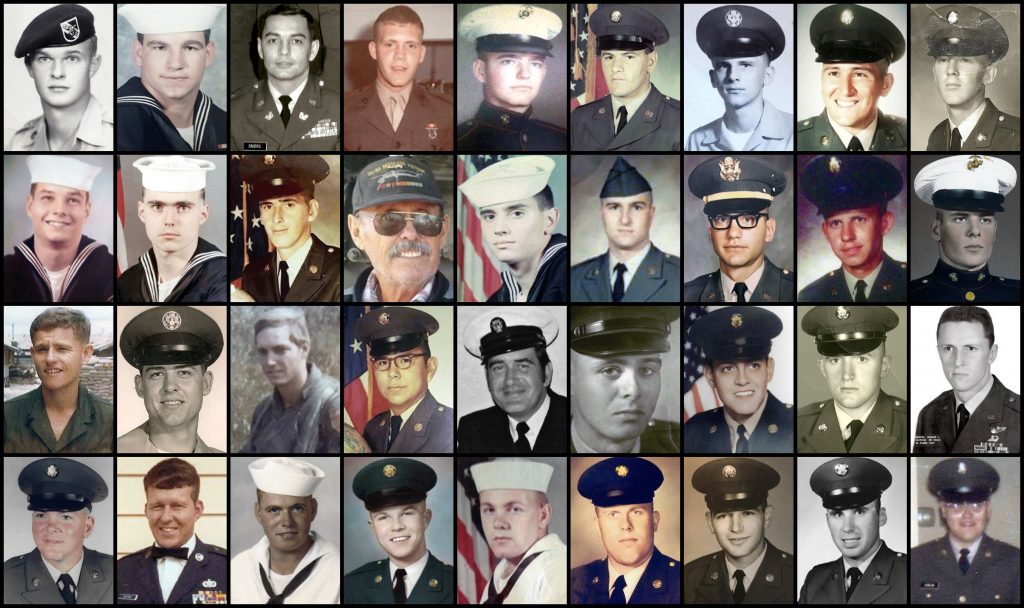 A half century after serving in Vietnam, hundreds of veterans have a new reason to believe they may be dying from a silent bullet — test results show some men may have been infected by a slow-killing parasite while fighting in the jungles of Southeast Asia.

The Department of Veterans Affairs this spring commissioned a small pilot study to look into the link between liver flukes ingested through raw or undercooked fish and a rare bile duct cancer. It can take decades for symptoms to appear. By then, patients are often in tremendous pain, with just a few months to live.

Of the 50 blood samples submitted, more than 20 percent came back positive or bordering positive for liver fluke antibodies, said Sung-Tae Hong, the tropical medicine specialist who carried out the tests at Seoul National University in South Korea.

“It was surprising,” he said, stressing the preliminary results could include false positives and that the research is ongoing.

Northport VA Medical Center spokesman Christopher Goodman confirmed that the New York facility collected the samples and sent them to the lab. He would not comment on the findings, but said everyone who tested positive was notified.

Gerry Wiggins, who served in Vietnam from 1968 to 1969, has already lost friends to the disease. He was among those who got the call.

The 69-year-old, who lives in Port Jefferson Station, New York, didn’t have any symptoms when he agreed to take part in the study, but hoped his participation could help save lives. He immediately scheduled further tests, discovering he had two cysts on his bile duct, which had the potential to develop into the cancer, known as cholangiocarcinoma. They have since been removed and — for now — he’s doing well.

Though rarely found in Americans, the parasites infect an estimated 25 million people worldwide, mostly in Asia.

Endemic in the rivers of Vietnam, the worms can easily be wiped out with a handful of pills early on, but left untreated they can live for decades without making their hosts sick. Over time, swelling and inflammation of the bile duct can lead to cancer. Jaundice, itchy skin, weight loss and other symptoms appear only when the disease is in its final stages.

The VA study, along with a call by Senate Minority Leader Charles Schumer of New York for broader research into liver flukes and cancer-stricken veterans, began after The Associated Press raised the issue in a story last year. The reporting found that about 700 veterans with cholangiocarcinoma have been seen by the VA in the past 15 years. Less than half of them submitted claims for service-related benefits, mostly because they were not aware of a possible connection to Vietnam. The VA rejected 80 percent of the requests, but decisions often appeared to be haphazard or contradictory, depending on what desks they landed on, the AP found.

The number of claims submitted reached 60 in 2017, up from 41 last year. Nearly three out of four of those cases were also denied, even though the government posted a warning on its website this year saying veterans who ate raw or undercooked freshwater fish while in Vietnam might be at risk. It stopped short of urging them to get ultrasounds or other tests, saying there was currently no evidence that the vets had higher infection rates than the general population.

“We are taking this seriously,” said Curt Cashour, a spokesman with the Department of Veterans Affairs. “But until further research, a recommendation cannot be made either way.”

Veteran Mike Baughman, 65, who was featured in the previous AP article, said his claim was granted early this year after being denied three times. He said the approval came right after his doctor wrote a letter saying his bile duct cancer was “more likely than not” caused by liver flukes from the uncooked fish he and his unit in Vietnam ate when they ran out of rations in the jungle. He now gets about $3,100 a month and says he’s relieved to know his wife will continue to receive benefits after he dies. But he remains angry that other veterans’ last days are consumed by fighting the same government they went to war for as young men.

“In the best of all worlds, if you came down with cholangiocarcinoma, just like Agent Orange, you automatically were in,” he said, referring to benefits granted to veterans exposed to the toxic defoliant sprayed in Vietnam. “You didn’t have to go fighting.”

Baughman, who is thin and weak, wishes the VA would do more to raise awareness about liver flukes and to encourage Vietnam veterans to get an ultrasound that can detect inflammation.

“Personally, I got what I needed, but if you look at the bigger picture with all these other veterans, they don’t know what necessarily to do,” he said. “None of them have even heard of it before. A lot of them give me that blank stare like, ‘You’ve got what?'”