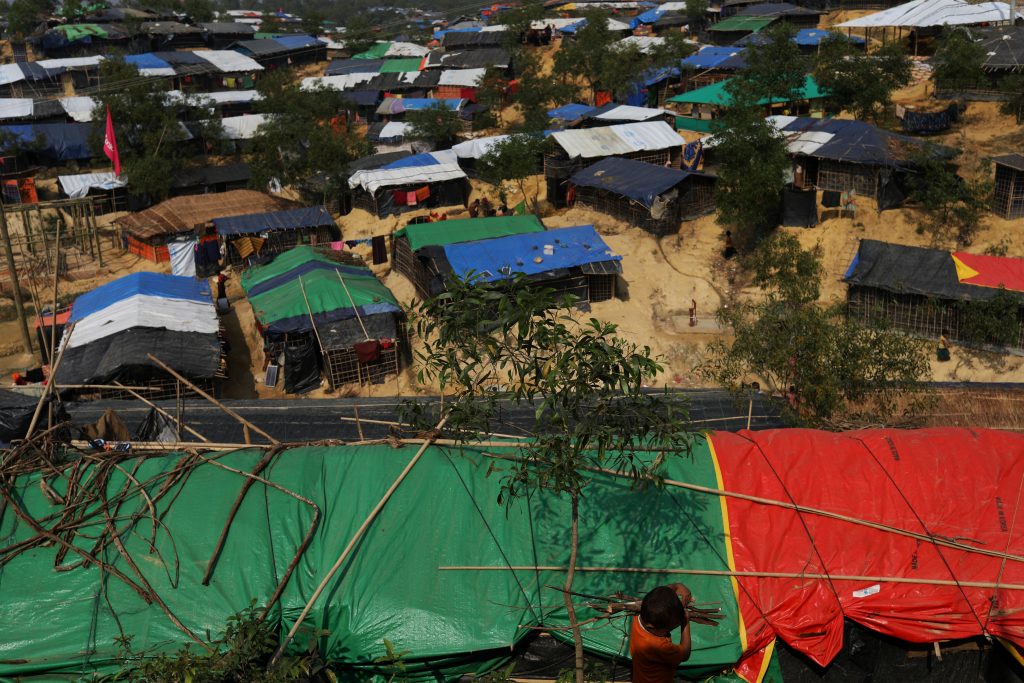 The United States on Wednesday called the Myanmar military operation against the Rohingya population “ethnic cleansing” and threatened targeted sanctions against those responsible for what it described as “horrendous atrocities.”

“The situation in northern Rakhine state constitutes ethnic cleansing against the Rohingya,” U.S. Secretary of State Rex Tillerson said in a statement, using a term he avoided when visiting Myanmar, also known as Burma, last week.

“The United States will also pursue accountability through U.S. law, including possible targeted sanctions” against those responsible for the alleged abuses, which have driven hundreds of thousands of Rohingya into neighboring Bangladesh, he said.

The United States shifted its stance in part to raise pressure on Myanmar’s military and civilian leaders, who have shared power for the past two years under an uneasy arrangement after decades of military rule, to address the crisis.

Rights monitors accused Myanmar’s military of atrocities, including killings, and arson, against the stateless Rohingya during so-called clearance operations after Rohingya militants’ Aug. 25 attacks on 30 police posts and an army base.

More than 600,000 Rohingya Muslims have fled Rakhine state in Buddhist-majority Myanmar, mostly to neighboring Bangladesh, since the crackdown, which followed the insurgent attacks.

“These abuses by some among the Burmese military, security forces and local vigilantes have caused tremendous suffering and forced hundreds of thousands of men, women and children to flee their homes,” Tillerson said.

While repeating U.S. condemnation of the insurgent attacks, he added, “No provocation can justify the horrendous atrocities that have ensued.”

Myanmar’s 2-year-old government, led by Nobel Peace Prize laureate Aung San Suu Kyi, has faced heavy international criticism for its response to the crisis, though it has no control over the generals with whom it shares power.

“It’s not a situation that is completely under her authority, but certainly we are counting on her to show leadership and also to work through the civilian government with the military to address the crisis,” a senior U.S. official told reporters in a conference call.

The term “ethnic cleansing” is not defined in international or U.S. law and does not inherently carry specific consequences, a second senior U.S. official said on the call.

The U.S. move came the same day that a U.N. tribunal convicted former Bosnian Serb military commander Ratko Mladic of genocide and crimes against humanity for massacres of Bosnian Muslims and ethnic cleansing campaigns, and imprisoned him for life.

The second U.S. official said Washington was analyzing whether genocide or crimes against humanity had occurred in Myanmar, which would violate international law, but has made no determination on either and that this would take time to assess.

“In the end, it’s a court that has to decide that, as we’ve just seen with the verdict against Mladic,” he said.

A top U.N. official in September described the military actions as a textbook case of “ethnic cleansing,” but the United States until Wednesday had avoided the term.

Washington has sought to balance its wish to nurture the civilian government in Myanmar, where it competes for influence with China, with its desire to hold the military accountable for the abuses. U.S. officials also worry that the mistreatment of the Rohingya Muslim minority may fuel radicalism.

The first U.S. official said Washington would work with Bangladesh and Myanmar to encourage the voluntary repatriation of Rohingya.

“We have focused on the issue of voluntary returns,” the official said. “We don’t want people to be forced to return to a situation in which they feel uncomfortable.”

Congressional pressure for a tougher U.S. response to the Rohingya crisis mounted before President Donald Trump’s first visit to Asia this month to attend a summit of Southeast Asian countries, including Myanmar, in Manila.

U.S. government sources told Reuters in October that officials were preparing a recommendation for Tillerson that would define the military-led campaign against the Rohingya as ethnic cleansing, which could spur new sanctions.