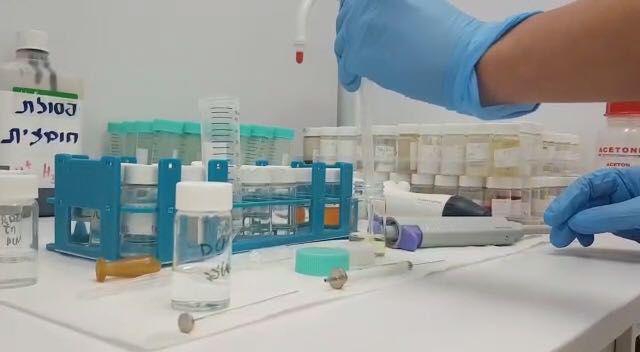 A new chemical analysis lab at the Kerem Shalom crossing that was installed just a few weeks ago has already proven its worth, it was released for publication Wednesday, as security officials said they seized a large shipment of explosive material that had been chemically changed to appear like oil for vehicles. Samples of the oil were tested in the lab, and scientists determined that the oil was actually a liquid explosive that was very similar in its chemical structure to motor oil, but was far more dangerous.

The alleged oil was being brought into Gaza via a semitrailer, which held several tons of the material. Security officials were suspicious over the large amount of oil being brought in, but a cursory inspection of the material gave the impression that it was indeed motor oil. With the new lab in place, officials submitted several samples for analysis, with the answer coming back that the oil was actually an explosive liquid.

The new lab was set up for just this purpose, officials said, as they were aware that Gaza Arab terrorists had successfully smuggled various materials into Gaza for use in rockets and other weapons. The new lab is capable of analyzing liquids, gases, solid items, metals and other materials. The lab will also be able to indicate which “dual use” materials are safe for passage. Currently, Israeli officials prevent the entry of material that could be used either for a legitimate purpose, or for weapons as well. The new lab will make the actual capabilities of the material being tested clearer, and whether the dual-use material is safe for entry into Gaza.

In a statement, the Crossings Authority said that “the new lab expands our tool chest in the daily struggle to prevent the entry of dangerous materials into Gaza. The new lab has many capabilities, but of course its most important resource is the people who can use the tools to intelligently analyze the materials. We are now more confident in our ability to track down dangerous materials that aid terrorist groups in Gaza.”