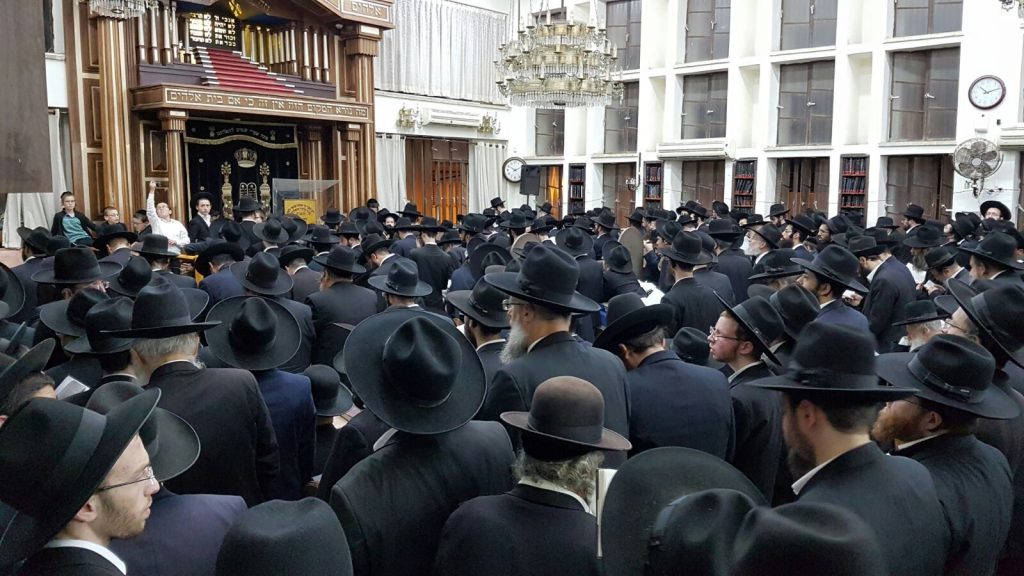 However, Harav Steinman continued to be listed in serious condition.

Earlier Wednesday evening, amid tefillos in Eretz Yisrael and in Jewish communities around the world for the refuah shleima of Harav Steinman, his condition was described as having stabilized for the time being.

Hospital officials at Mayanei Hayeshua in Bnei Brak gave out the encouraging news at a press briefing, after the Rosh Yeshivah was reported in “very serious condition” in an intensive care unit earlier in the day.

Professor Eliyahu Sorkin, chief of the hospital’s ICU, told reporters that the Rosh Yeshivah was suffering from a kidney infection, but that his life is not in any immediate danger, according to Arutz Sheva.

“He still has a problem with one of his kidneys, and we’re trying to find a solution,” said Sorkin. “I don’t believe he is in any immediate danger. But I don’t know what his condition will be tomorrow, and I can’t even be sure how it will be an hour from now. But his condition has stabilized a bit.”

Yidden around the world are urged to continue to daven and increase limud haTorah for the refuah sheleimah of the Rosh Yeshivah.

In the Knesset on Wednesday afternoon, MKs, aides and other Knesset personnel joined in tefillos for Harav Steinman.