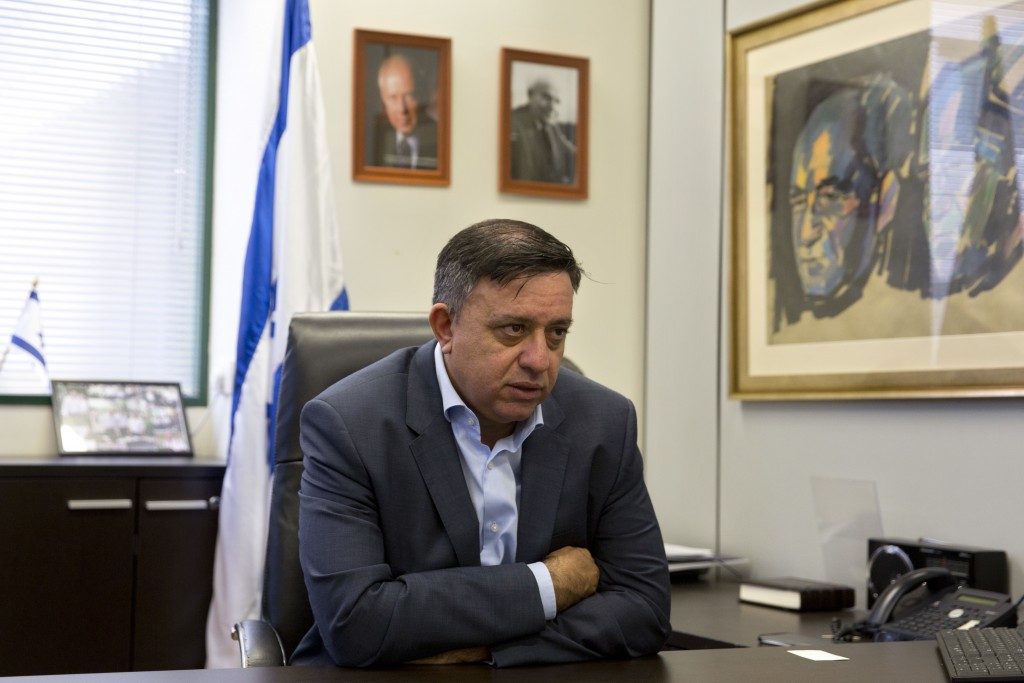 Avi Gabbay, leader of the Labor Party (repackaged in December 2014 as the Zionist Camp), struck a raw nerve last week when he said that the Israeli left “has forgotten what it means to be Jewish.”

To be sure, Gabbay is not the first to make this observation. In 1997, Prime Minister Binyamin Netanyahu said the same thing. But he whispered it to the mekubal, Harav Yitzchak Kadouri, zt”l, while Gabbay openly declared it in a lecture at Ben Gurion University of the Negev in Be’er Sheva. What’s more, PM Netanyahu is a right-winger attacking the left from the outside, while Gabbay is a left-winger attacking Labor from within.

“I seriously think that one of the problems of members of the Labor party is that it has distanced itself from it [Judaism],” he said. “It forgot what it means to be Jewish. It’s as if they are saying … ‘Now we are only liberal.’ It’s not true. We are Jews and we do need to talk about our Jewish values. Because our Jewish values are, I’m telling you, the basis for all the sacred texts that followed.

Gabbay, a traditional Jew whose family immigrated from Morocco and started out in the maabarot (transit camps), is the quintessential Labor outsider. He joined the party at the end of 2016 — after abandoning the Kulanu party he helped found in 2015 — and eight months later surprised everyone by winning the Labor leadership.

His goal is to surprise everyone again in the general election, against Prime Minister Binyamin Netanyahu and Yesh Atid leader Yair Lapid, and he knows that the only way to do so is to reach out to the political right and center, even at the risk of offending his own constituency.

And so Gabbay, who, when running in the Labor party primaries spoke disparagingly of “settlements” — promising to put Dimona ahead of Amona in spending priorities — has become more protective of settlements than PM Netanyahu, insisting that there is no need to evacuate any Jewish communities, even those outside the settlement blocs.

“Why do you need to evacuate if you make peace?” he asked in an interview last month. “If you make peace, solutions can be found that do not require evacuation.”

Sounding more and more like a Likud leader, Gabbay recently questioned whether there is a partner for peace on the Palestinian side, said he wouldn’t form a coalition with the pro-Palestinian Joint (Arab) List and proclaimed that “the whole Land of Israel is ours because it was promised to Avraham by G-d.” Again, something you unfortunately don’t hear from the prime minister.

But, judging by the reactions, none of the statements on settlements, or prospects for peace or coalition possibilities struck a blow to the left like the accusation that it had forgotten what it means to be Jewish. And that’s a good thing, for two reasons.

One, Gabbay is a politician and his statements are calculated to win votes. When he says, as he did at Ben Gurion University, “People feel I am closer to Jewish values,” that’s because he understands that the majority of the voters in Israel want a prime minister who is closer to Jewish values. When he stresses, “We are Jews living in a Jewish state” — not Jews living in a democratic, liberal state — that’s because he understands that the only way he’ll lead Labor out of the political wilderness is to bring it in line with the feelings of a large number of Jews in the country.

Two, the fact that the left itself, even the extreme left, took such offense at his remark shows that, as misguided as they may be, they still want to be identified as Jews.

Zionist Camp MK Miki Rosenthal responded, “I am left-wing. I am Jewish. And I don’t have a memory problem.”

Meretz MK Michal Rozin said the left knew better than Orthodox Jews what it means to be Jewish because “the left is inclusive of all religious streams, and anyone who chooses to be a part of the Jewish community according to their path and beliefs.”

Her argument is ill-informed and illogical, but it nonetheless shows a need to belong to the Jewish people, even from the most left-wing segment of the electorate.

The story is told about Rav Bunim of Peshischa, zy”a, who was told about a group of Jews who had abandoned any trace of their Judaism and become apikorsim, R”l. He listened to the report with great pain at the spiritual descent of some members of the Chosen People.

At the same time, he found a merit for them. “These are apiksorsim? If their head starts hurting, they will begin calling out, ‘Oy, Ribbono shel Olam.’”

The same holds true of today’s Jews who have unfortunately grown distant. Scratch the surface, and there is a Jew calling out, “Oy, Ribbono shel Olam.”