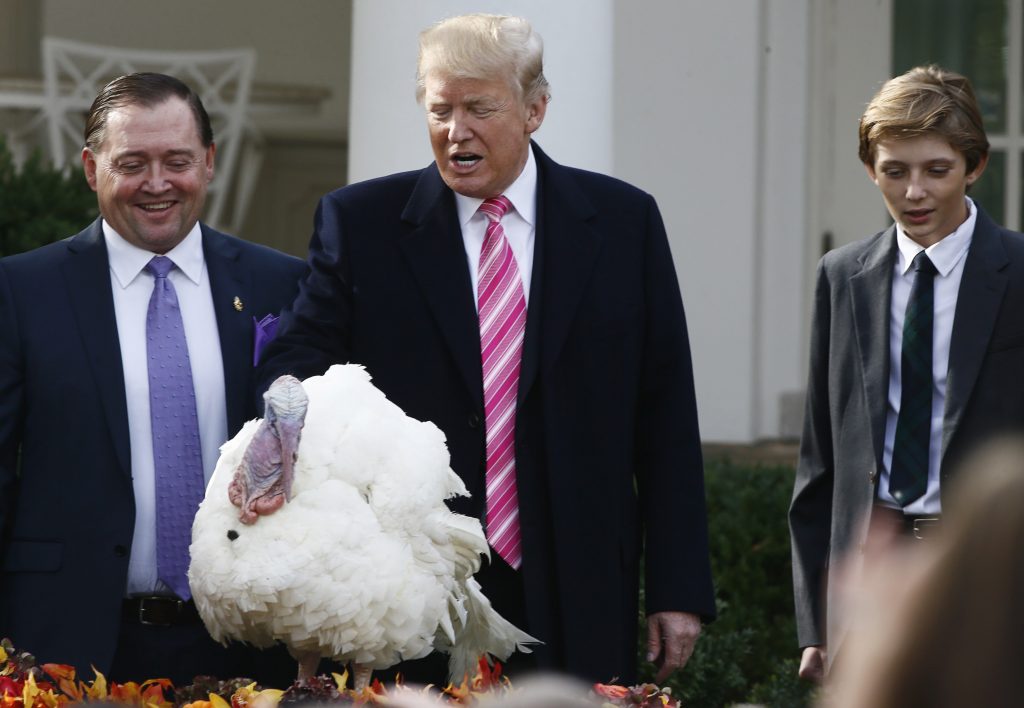 President Donald Trump, who has raised eyebrows by mulling his power to pardon as investigators probe possible ties between his 2016 election campaign and Russia, used his authority in a less controversial way on Tuesday to “pardon” a Thanksgiving turkey.

Joined by his wife, Melania, and their son, Barron, Pres. Trump entered the Rose Garden for the annual presidential tradition and granted freedom to a large white bird named Drumstick.

Americans traditionally feast on turkey, stuffing and other delights on the Thanksgiving holiday, which takes place this coming Thursday, but Drumstick and his pal Wishbone were granted a reprieve.

“I’m pleased to report that, unlike millions of other turkeys at this time of the year, Drumstick has a very, very bright future ahead of him,” Pres. Trump said.

“As many of you know, I have been very active in overturning a number of executive actions by my predecessor,” Pres. Trump quipped. “However, I have been informed by the White House Counsel’s Office that Tater and Tot’s pardons cannot, under any circumstances, be revoked.”

The turkeys will live at an enclosure at a nearby university, Virginia Tech.